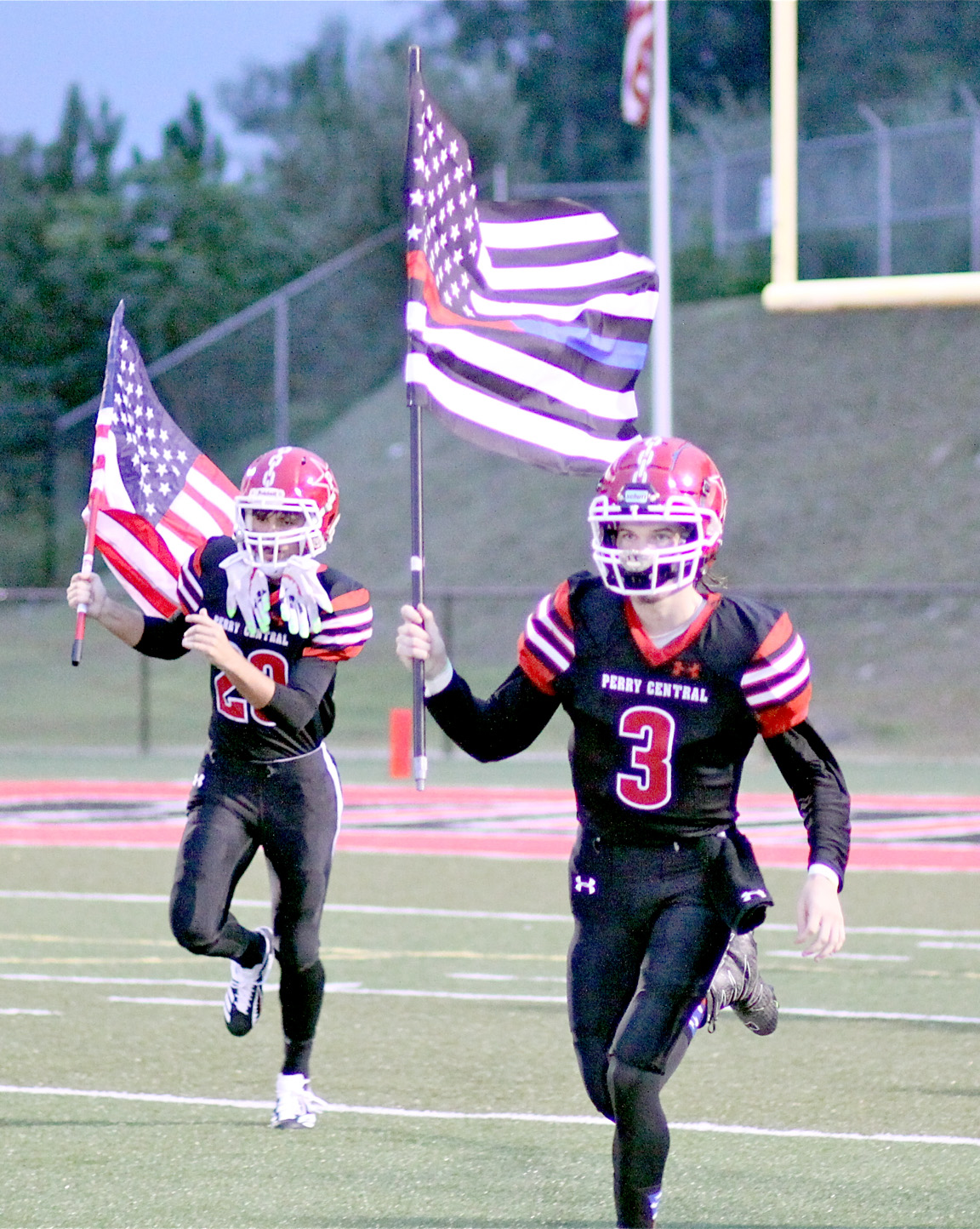 The Perry Central Commodores were 4-0 and looking to continue their winning streak for another week, but fell short to a Letcher Central team who made the most of every opportunity Friday night.

“Well, it was an amazing effort. Praise God for the victory,” said Cougar Coach Junior Matthews. “We could have quit. We got down and Jayden Neace is a heck of a running back and he had a great night.”

Neace’s four touchdown night and another win would have been the talk of the town for another week in the community, but the big game will be overshadowed by a comeback that saw the Cougars erase a 28-7 third quarter deficit.

“At halftime, we regrouped and got together. We started making plays and got some momentum,” Matthews said. “Momentum is huge. You get uncle Mo on your side and things start happening.”

Coach Ovie Canady was disappointed after the loss but says this could be a watershed moment in his team’s season.

“We will make a choice right here,” Canady said. “We’ll either overcome this or lay down and let it end our season.”

Canady said his team put themselves in bad spots all night with self-inflicted penalties. One personal foul kept a Letcher scoring drive alive after a good defensive stand and another put the Commodores in a third-and-30 situation. As for turnovers, quarterback Cameron Brown threw an interception in the third quarter that Letcher returned inside the 10 before punching in a TD. In the fourth quarter, a Commodore fumble gifted the Cougars with another first-and-goal.

While the loss stings, Canady says the Commodores can still accomplish what they want.

“Nothing is over. We can still win the district. We can still host a playoff game,” Canady said. “We don’t control things now; they do. But it’s still there.”

As for the Cougars, they move on to try and win another district game against Harlan County who just picked up a win over North Laurel in overtime. The winner of that game can win the district outright by staying perfect in district play.

The Commodores will host the Pike Central Hawks next week as they try to get back to their winning ways.