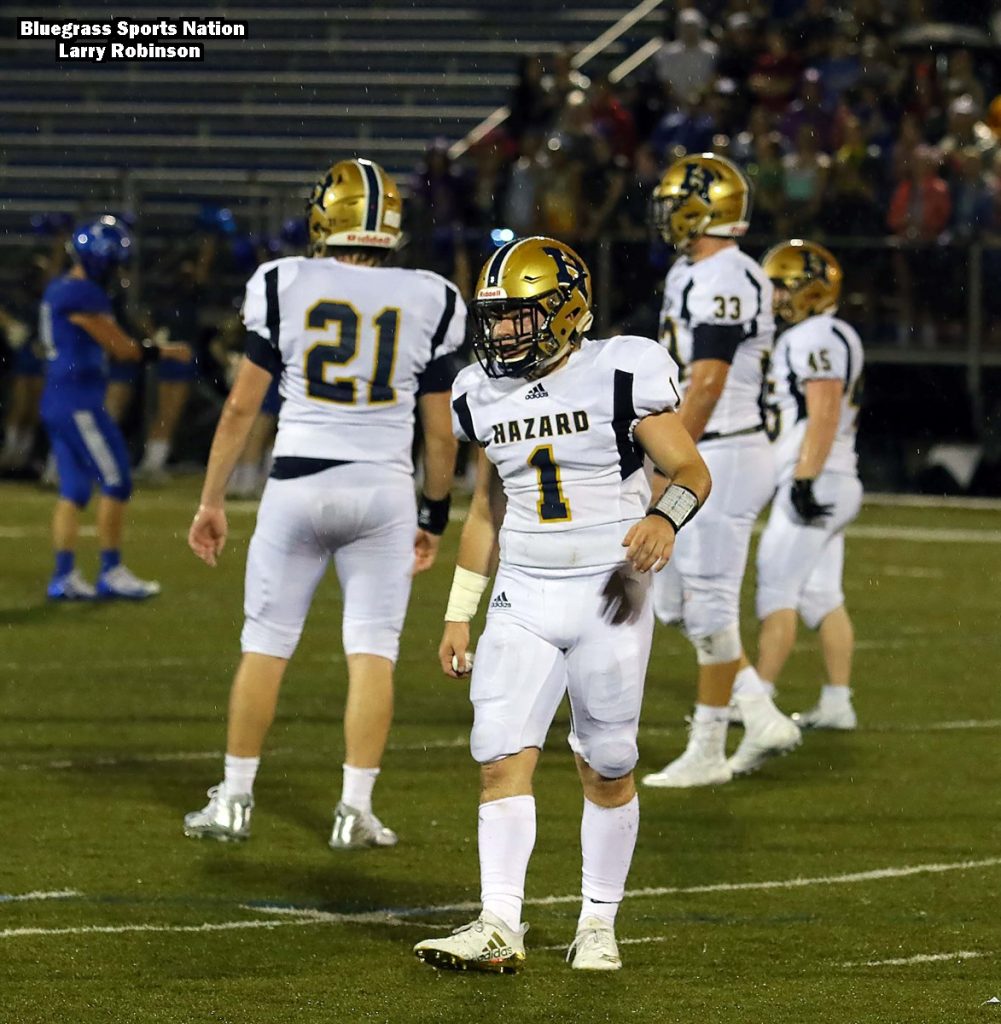 After falling to the Somerset Briar Jumpers in week three of the Kentucky High School Football regular season, Hazard has had an opportunity to refocus and regroup with an open week. The additional week has allowed the Bulldogs to heal up some bumps and bruises and also evaluate where they stand at this part of the season. The open week couldn’t have come at a better time either. Hazard will start district play on the 28th against a Pikeville team that is as solid as they have been since their state title run in 2015. Next up for the Bulldogs though will be the Prestonsburg Blackcats. After nearly a month of road games this will be the Bulldogs home opener at Daniel Field.

The Blackcats have struggled this year under new head coach Brandon Brewer. Coach Brewer landed in Prestonsburg by way of Powell County where he amassed a 20-16 record over three years and a Class 3A District 7 Championship and a regional runner up in 2017. The Blackcats have given up almost 44 points per game so far this season while averaging only 7 points per game. Prestonsburg seems to be a one dimensional team with only 14 yards passing this far in the year. They are led in rushing by senior running back Ethan Varney, who has gained 186 yards so far on the year. John Rose (70yds), QB Brayden Slone (37yds), Ezekiel Briggs (19yds), and Kelly Samuel (9yds) have also found positive yards rushing for the Blackcats. They are led in tackles by senior LB Ezekiel Briggs (26 tackles, 3 for a loss) and sophomore DB Eric Armstrong (15 tackles).

After losing the halftime lead at Somerset, the Bulldogs have had a nearly two week break to fix their problems. The most notable problem against the Briar Jumpers was special teams. Somerset returned both a kickoff and punt back for touchdowns in the 24-10 loss. Hazard’s defense looked solid against the Briar Jumpers, turning them over 3 times. The offense, for the first time of the season, failed to put a lot of points on the board, but still gained 172 yards rushing and 157 yards receiving. Without the special team errors, that still should have been enough to hold the Briar Jumpers at bay. The Bulldogs will be looking to get back to playing solid defense and using its explosive offense to get back in the win column this week. When asked what they’ve done to get better over the open week, senior QB Bailey Blair said, “We’ve improved our specials teams last week as well as conditioned hard to get in better shape.” Almost echoing Blair’s reply was Senior RB/LB Skylar Pelfrey who said the Bulldogs “will be more lockdown on special teams and come back with more of a focus.”

The Bulldogs feel as though they have something to prove Friday night when the Blackcats roll into town and will hopefully play with a chip on their shoulder for the rest of the season. For good teams sometimes there is no better motivation than a loss. Hopefully the Somerset loss will be a learning experience for these Bulldogs and will allow them to make a deeper run into the playoffs. And, if you didn’t know it already, it’s Black Gold Festival week, too! Be sure to treat visiting family and friends to what will hopefully be an electric atmosphere around Daniel Field and then take them downtown for some chicken on a stick! Kickoff is set for 7:30pm and tail gaiting usually starts around 5:30.