How Will Terry Wilson Bounce Back? 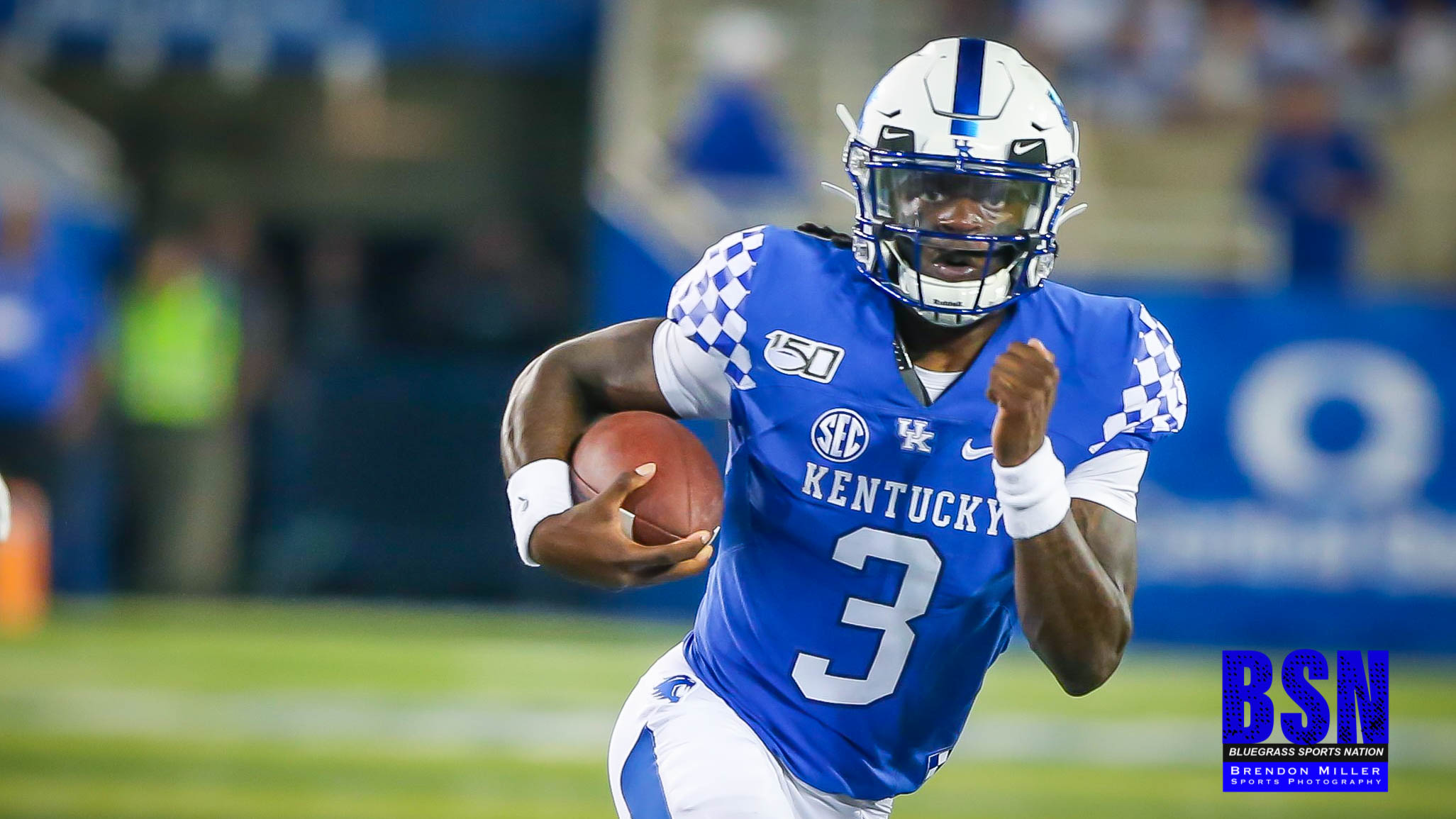 After missing most of last season with a torn patellar tendon in his left knee, Kentucky quarterback Terry Wilson will have an opportunity to add to his already impressive resume behind one of the best offensive lines in the country. Wilson, or as the fans like to call him, Touchdown Terry, is one of five quarterbacks in school history to have at least 2,000 career passing yards and 500 career rushing yards. He joins Stephen Johnson, Pookie Jones, Bernie Scruggs, and Shane Boyd on that short list.

If Wilson has proven anything during his 15 starts it’s that he’s a winner. The dual-threat signal caller has put together an impressive 12-3 record as a starter, which is the best record for any Kentucky quarterback in his first 15 starts (with starting lineups available since 1993.)

After transferring to UK for his sophomore season in 2018, Wilson led the Cats to their first 10-win season since 1977. He completed 180 of 268 passes (67.2) with 11 TDs and just eight interceptions. He also became the first Wildcat with at least 1,500 passing yards and 500 net rushing yards in the same season. He connected on at least 60 percent of his passes in 11 of 13 games and ranked second on the team in rushing yards. Wilson also became the first UK quarterback to win his first five career starts since Bill Ransdell in 1984.

Wilson will have the luxury to make plays behind an experienced and proven offensive line (the Big Blue Wall) that is led by Drake Jackson in the middle. Jackson has started 33 consecutive games and is fresh off of first team All-SEC honors.

On the outside, Kentucky tackles Darian Kinnard and Landon Young could be the best duo at their position in school history. Young started every game last season and is primed for an All-SEC senior campaign. On the right side, Kinnard returns for his junior season and has started 15 games including two as a true freshman. Last year he dominated upfront and arguably could be the best returning tackle in the SEC. At guard, Luke Fortner is back for his senior season after starting all 13 games at right guard in 2019.

The only question mark for Wilson could be the productivity of his receiving core. Josh Ali is Kentucky’s top returning receiver. The senior has 36 career receptions with four touchdowns. Ali’s numbers are expected to raise drastically with a healthy Wilson on the field. So with all that said the future could ride on how healthy Wilson is and how quick he can get back to full speed.

The Wildcats are loaded with talent and with a winner like Wilson back on the field the sky is the limit.