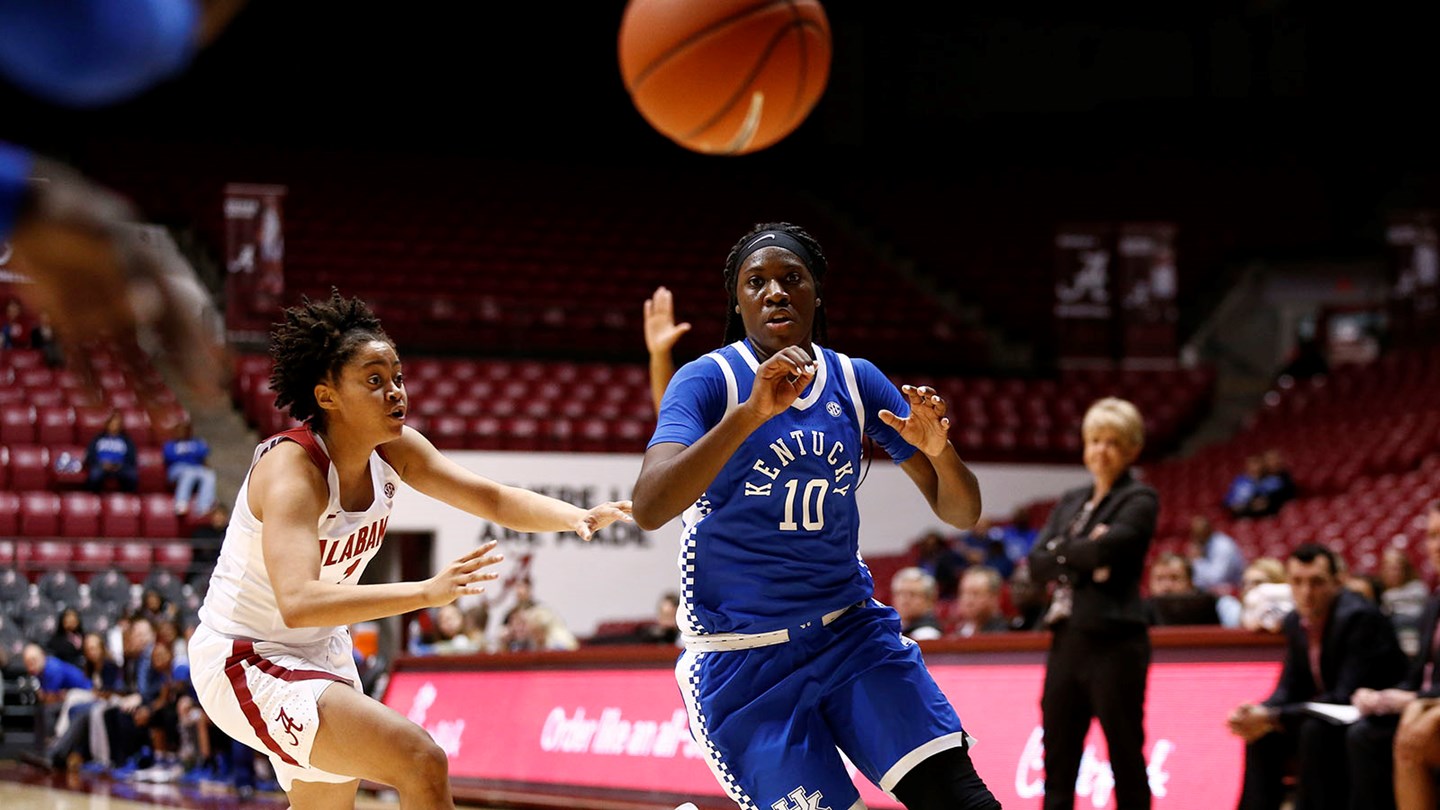 TUSCALOOSA, Ala. – Rhyne Howard tied the Kentucky women’s record with 43 points as the 14th-ranked Wildcats beat Alabama 81-71 on Thursday night at Coleman Coliseum.

Howard tied the school record of Jennifer O’Neill, who scored 43 points against Baylor on December 6, 2013.

This night belonged to the sophomore from Cleveland, Tennessee. She played 39 minutes, making 14 of 21 from the floor, including seven of 11 from behind the arc. The seven three-pointers tied her own school record as well. Howard also made eight of 13 at the line. For good measure, she led the team with six rebounds.

Kentucky also got 11 points from Sabrina Haines and 10 from Amanda Paschal.

As a team, Kentucky hit 16 of 31 from behind the arc, setting a school record for most threes made in a game. The previous record was 14, set on January 8, 2012 against Mississippi State.

Alabama got off to a fast start, making its first two shots to grab a 5-0 lead. The Cats got on the board on a three from Howard, making it 5-3 with 7:31 to play in the quarter. Alabama would score the next four points before Chasity Patterson made a three to cut the lead to 9-6 with 4:54 left in the first.

The Crimson Tide would build a seven-point lead, 15-8, late in the period and the Tide would hold a 15-9 advantage after 10 minutes of action. Kentucky made just three of 17 (17.6 percent) of its shots in the period.

The tough shooting continued for the Cats early in the second period. But Paschal drilled a three from the left side to cut the lead to 15-12. After an Alabama free throw, Paschal struck again, this time from the top of the key, to cut the Bama lead to 16-15 with 6:51 left in the half.

After an Alabama basket cut the UK lead to four, Kentucky scored seven in a row to take a 35-24 lead with 1:09 left in the half. Howard would hit a basket just before the buzzer to give UK its biggest lead of the half, 37-24. Howard had 17 points in the first half to lead all scorers. Kentucky made 11 of its 17 shots (64.7 percent) in the second period.

The second half started much like the first, with Alabama getting off to a quick start. This time, the Tide scored six in a row to cut the Kentucky lead to 37-30 with 8:20 to play in the third. After a UK timeout, Blair Green hit a huge three to extend the UK lead to 40-30. After an Alabama basket, Green hit a pair of free throws to make the lead 10 again. And when Patterson made her second three of the game, Kentucky had a 45-32 advantage.

Howard made a three early in the fourth quarter to give the Cats their biggest lead, 64-49. Alabama scored the next six points before Howard made another three, extending the UK lead to 67-55 with 7:22 to play. The Tide would get back within eight, 69-61 but could get no closer.

Kentucky returns to action on Sunday, visiting Gainesville to take on Florida. Tipoff is set for noon ET and the game can be seen on ESPNU.