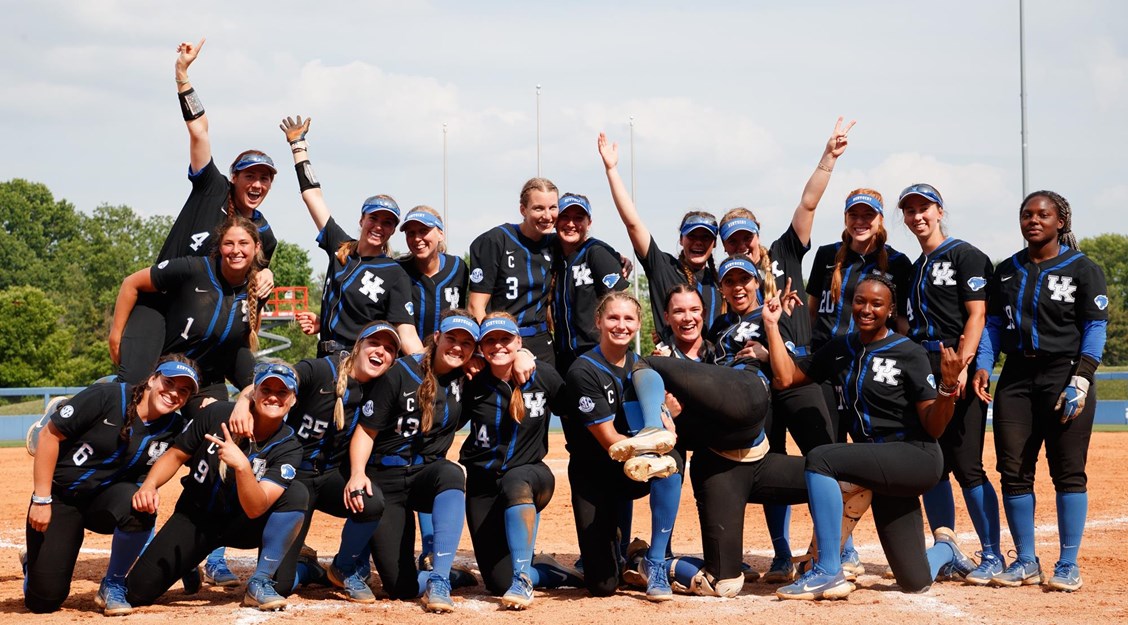 Senior pitchers Autumn Humes and Grace Baalman left their legacy in the John Cropp Stadium pitcher’s circle Sunday afternoon, as they combined to shutout the Notre Dame Fighting Irish in two games, 7-0 and 4-0, to advance to the Super Regionals for the eighth time in program history.

In game two, Baalman got the start and potentially threw her best game as a Wildcat, going 6.1 innings, allowing only one hit, walking one and striking out two as she kept the Irish off the board. Autumn Humes entered the game in the seventh inning, recorded two outs and was relieved by Baalman for the final out of the game on a chopper back up the middle.

Kentucky advances to the Tuscaloosa Super Regional, where the Wildcats will face off against the No. 3 seeded Alabama Crimson Tide in a three-game series at Rhoads Stadium. The winner of the three-game series will advance to the 2021 Women’s College World Series. Dates, times and ticket information will be announced by the NCAA and ESPN at a later time.

0. Autumn Humes pitched a complete game-shutout. She did not allow a walk or a run in the game.

Renee Abernathy was the key player in the game, going 2-for-4 in the contest with a two-run home run in the top of the first inning.

The key play was a running catch by Abernathy in the outfield that was #SCTop10 worthy, to keep ND off the board in the first inning.

An RBI single by Erin Coffel and a double by Mallory Peyton put two early runs on the board in the top of the first for UK. Renee Abernathy then followed with a two-run HR before Notre Dame lifted its pitcher. UK 4, ND 0

In the top of the second, Kayla Kowalik and Tatum Spangler had RBI hits to make UK’s lead a half dozen at John Cropp Stadium. UK 6, ND 0

Spangler launched her second home run of the season to right field in the top of the sixth inning to pad the Kentucky lead. FINAL – Kentucky 7, Notre Dame 0

0. Grace Baalman did not allow a run in the game, as UK kept Notre Dame off the board for 14-straight innings Sunday afternoon.

Miranda Stoddard was the key player in the game, going 1-for-3 at the plate, but driving in two runs in the bottom of the fourth inning on a two-run single down the left-field line.

The key play was Autumn Humes’ solo home run in the bottom of the second inning. It ended up being the only run UK would need.

An Autumn Humes home run to left was the first run of the game, as UK took a 1-0 lead in the bottom of the second inning. UK 1, ND 0

In the bottom of the fourth, Miranda Stoddard hit a two-run single into LF to score two and Spangler followed with a hard-hit sacrifice fly to center to score Jaci Babbs. FINAL – Kentucky 4, Notre Dame 0