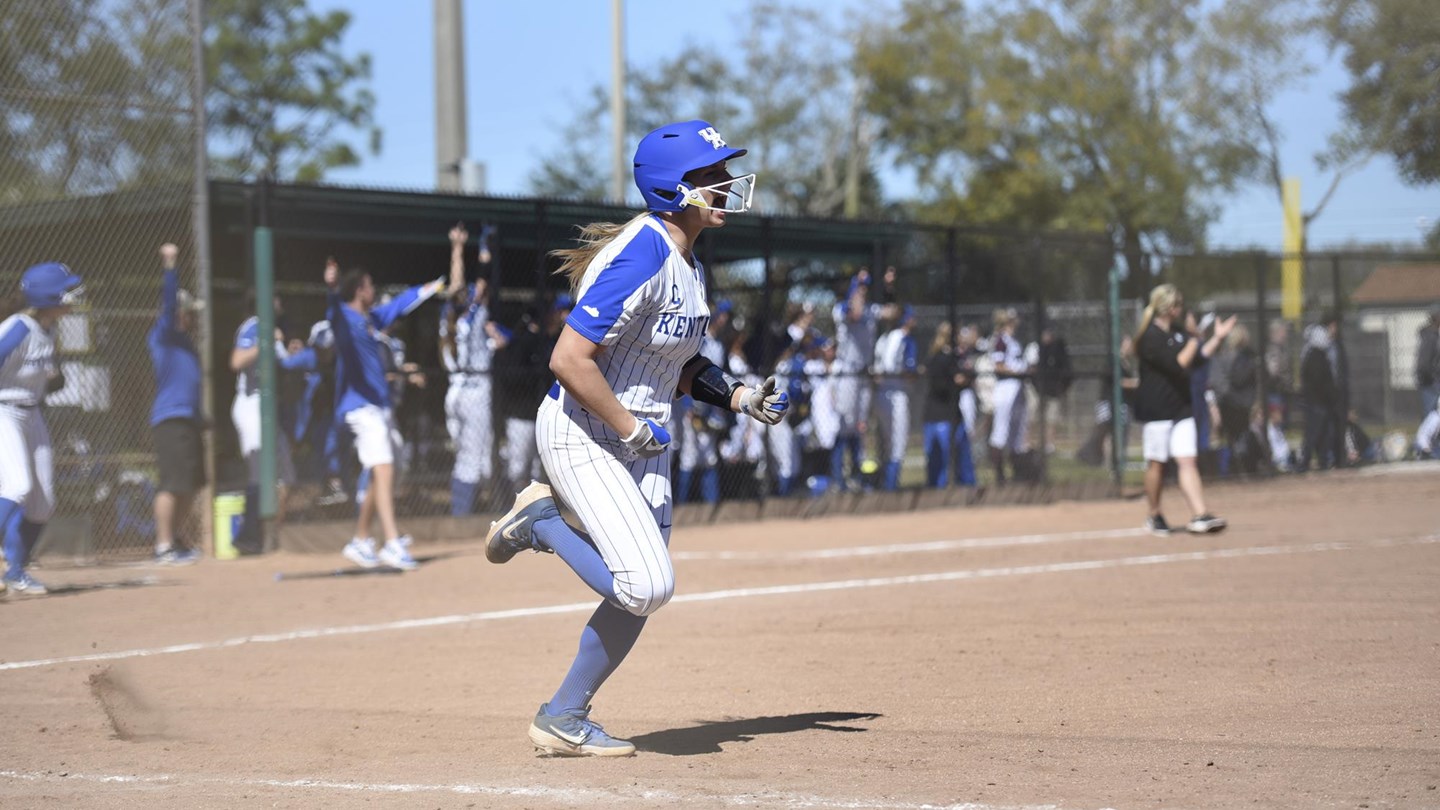 CLEARWATER, Fla. – With the bases loaded in the bottom of the eighth inning, the No. 15 Kentucky softball team got a walk-off grand slam from senior Autumn Humes to beat North Carolina State 6-2 on Saturday afternoon in day two of the National Fastpitch Coaches’ Association Lead-Off Classic.

Humes also got the win in the circle, going the distance with only eight hits allowed, one earned run, no walks and four strikeouts on just 95 pitches.

With the win, Kentucky improves to 3-0 on the season, which marks the first time that UK has started the season with three-straight wins since 2014.

The Wildcats will play the United States National Team at 5:30 p.m. ET in an exhibition game Saturday night. The final competitive of the weekend for Kentucky will be against No. 7 Minnesota on Sunday at 11 a.m. ET.

Key Stat
0. Senior pitcher Autumn Humes had no walks in the contest.

Key Play
Emmy Blane made a sensational diving play in the top of the eighth inning to save a baserunner for the Wildcats. With the international tiebreak rule in effect, there was a runner placed on second base with no outs to begin the inning, and it proved to be a huge play in the game.

Key Player
Autumn Humes was unquestionably the player of the game, as she got the win in the circle and then had the walk-off bomb to end it.

Run Recap
Kentucky got on the board in the bottom of the first, as Kayla Kowalik led off the game with a single up the middle and was brought home by Alex Martens who doubled into left field. UK 1, NCST 1

A lead-off single and an error scored the Wolfpack’s run in the top of the second inning to tie the game. UK 1, NCST 1

Kentucky responded and took the lead in the bottom of the second as Cassie Lindmark led off the inning with a walk and came around to score on Rylea Smith’s RBI single. UK 2, NCST 1

NC State tied the game with a lead-off tripe and single in the top of the sixth inning. UK 2, NCST 2

In the bottom of the eighth, with the international tiebreak in effect, Mallory Peyton laid down a bunt to put the winning run for UK on third with one out. Alex Martens and Lauren Johnson were successively walked to load the bases with one out before Autumn Humes hit a bomb to left field on the first pitch of her at bat to win the game. FINAL – Kentucky 6, NC State 2