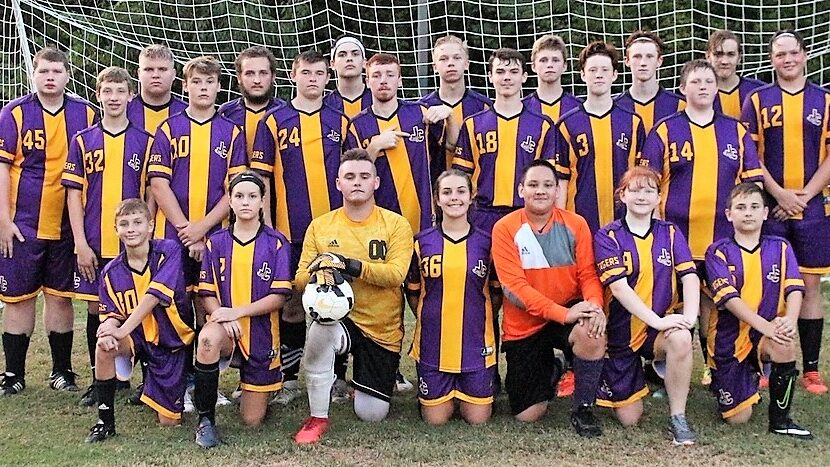 The Jackson City Tigers ended an undefeated opening week to the soccer season with a big 6-2 win at Letcher Central on Saturday.

The Tigers opened the week, and season, as they traveled to Belfry on Saturday, August 17th. Jackson earned a hard fought 4-4 tie as Senior Slayden Sizemore had three goals and Junior Micah Henson added the fourth along with an assist. Senior goalie Dawson Prater had seven saves in the game.

The Tigers took the short drive down Highway 15 to Campton on Tuesday the 20th, for their 1st District game, and put up a clean sheet against the Wolves in a 3-0 victory. The Tiger spread the wealth on the night getting goals from Henson, and Seniors Colton Smith and Joshua Perry. Prater again had seven saves on the evening to preserve the clean sheet.

The Tigers opened their home schedule at Douthitt Park on Thursday, the 22nd with a District showdown with Powell County. In a high scoring affair, the Tigers received big production from Sizemore with four goals, and Henson with two goals and two assists, a goal from Petty and two assists for Smith. Prater again stood tall in goal with 10 saves.

The Tigers were back on the road again on Saturday the 24th, and capped the week with a 6-2 win at Letcher Central. Sizemore and Henson again provided the scoring punch as Sizemore netted four times with an assist and Henson scratched with two goals and two assists. Paul Champ assisted on a goal. Dawson Prater saved nine to insure the win.

Coach Wayne Sizemore is now in his fourth year as Tigers Head Coach and his tireless work, along with his wife Andrus, has lead to the Tigers early season success. The Sizemores, have put in exhaustive time in cultivating the current team and it certainly adds to their family time as all three Sizemore children – Slayden, Hylton, and McCellan, play on the team. Assistant Coach, and former player, Gentry Hayes, came on board last year and has really contributed to the emergency of the program and development of the team.

The popularity of soccer is certainly growing here in the Mountains and the Tigers are contributing to same here in Breathitt County.

The Tigers will be on the road for their next three games, at Menifee on August 27th, at Prestonsburg on August 29th, and at Powell for a rematch in District play on September 3rd.