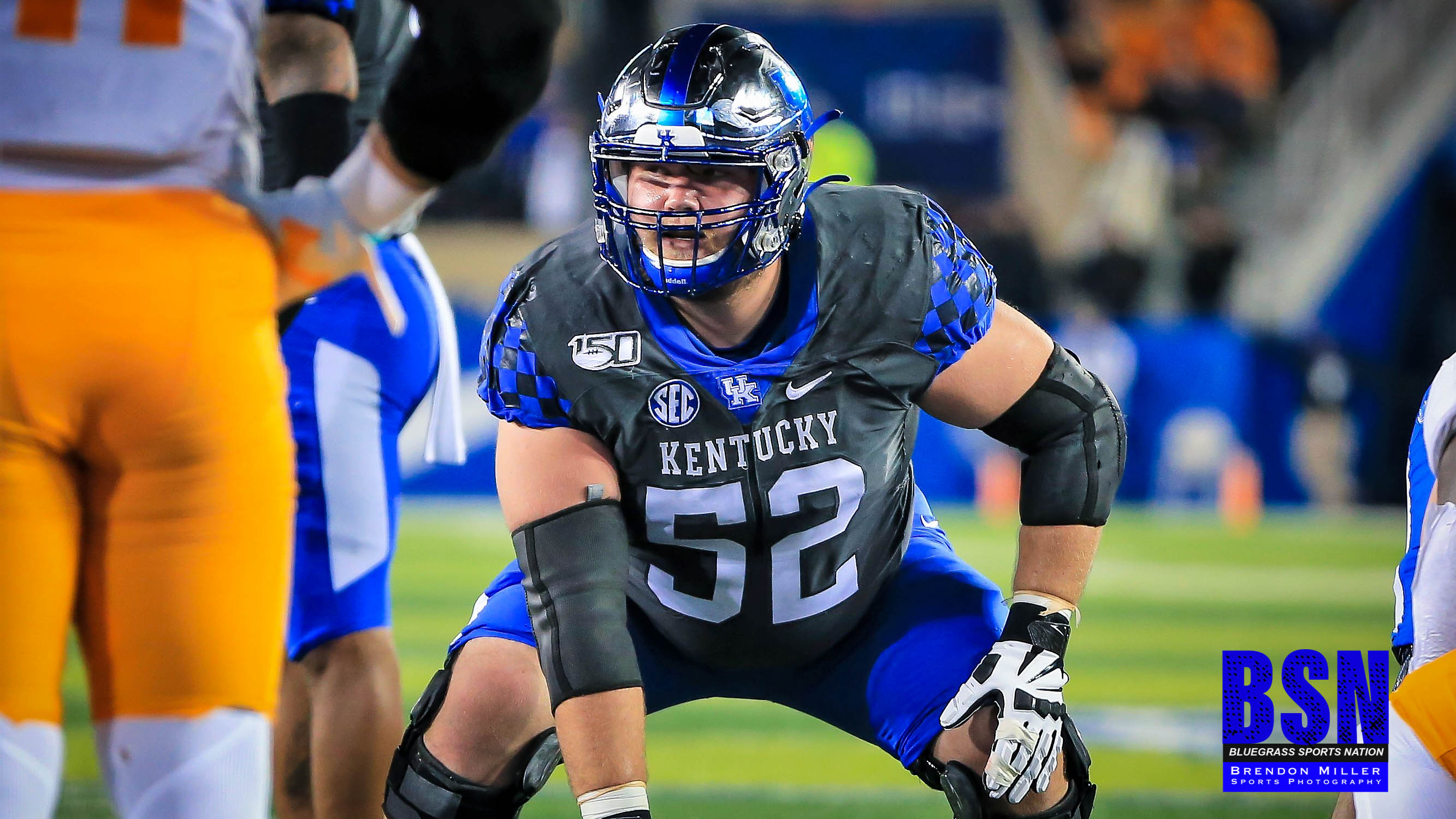 Kentucky offensive linemen Drake Jackson and Darian Kinnard each were named to the 2020 Outland Trophy Watch List honoring the top interior lineman in the nation, it was announced on Tuesday. This is the 75th anniversary season for the award.

Jackson and Kinnard were key cogs in Kentucky’s offensive line, the “Big Blue Wall,” who helped UK put together its fourth consecutive season of 2,000 or more rushing yards. The Wildcats did it again in 2019 despite missing three departed starting linemen from the previous season, the school’s all-time leading rusher in Benny Snell Jr., and all three top quarterbacks becoming injured – two were out for the season – and Lynn Bowden Jr., the starting QB for the final eight games of 2019, was a converted wide receiver.

Kinnard, a junior tackle from Knoxville, Tennessee, started in all 13 games at right tackle last season. He was named a fourth-team All-American by Phil Steele after finishing with 32 knockdowns and just one penalty in 706 snaps. Kinnard also was a preseason first-team All-SEC selection by Phil Steele and Athlon Sports.

The recipient of the 75th Outland Trophy will be announced in early December. The official presentation to the winner will be made in Omaha, Nebraska at the Outland Trophy Awards Dinner sponsored by Werner Enterprises and produced by the Greater Omaha Sports Committee, scheduled for Jan. 13, 2021.

Watch list candidates may be added or removed during the season. The distribution of watch list candidates is spread well among the conferences – behind the 14 from the SEC and 12 from the Big Ten are the Pac-12 with 11 and the Atlantic Coast (9), followed by the Mountain West (7), Big 12 (6), the Independents (6), and the American Athletic, Conference USA, Mid-American and Sun Belt with five each. The list includes 32 offensive tackles, 21 offensive guards, 17 defensive tackles and 15 centers.