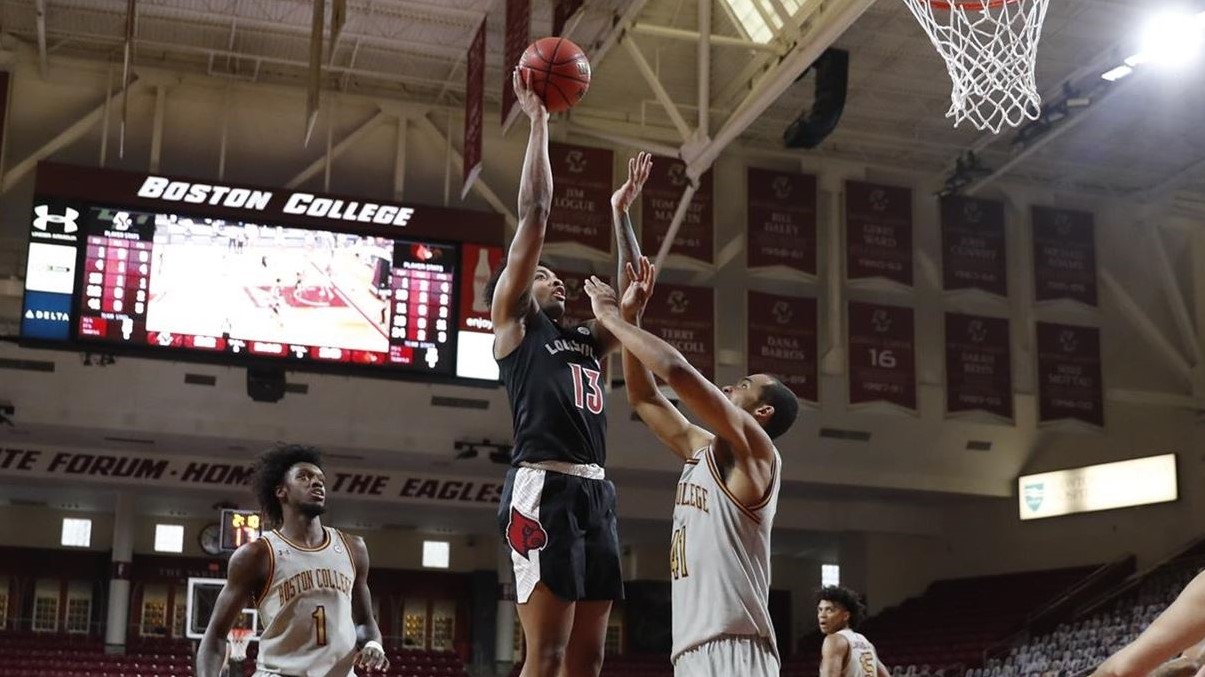 Four Cardinals finished in double figures in the win.

David Johnson scored 14 of his career-high 20 points in the first half when Louisville established a double-digit lead and the Cardinals held off a second-half rally by Boston College to win 76-64 on Saturday.

Carlik Jones was only 3 of 13 from the field but made 9 of 11 from the line, including several late free throws in scoring 15 points. He added game highs with nine rebounds and six assists. Samuell Williamson added 12 points and Dre Davis 11 for the Cardinals (7-1, 2-0 Atlantic Coast Conference), who have won three straight.

Johnson made all four of his 3-pointers in the first half as the Cardinals went up 37-24. The lead reached a game-high 17 points in the first minute of the second half before the Eagles got within seven on Jay Heath’s 3-pointer with 9:15 to go.

The Cardinals rebuilt a 15-lead with just under two minutes left. Makai Ashton-Langford scored five straight points and Heath added two in a last-gasp BC rally to close within eight but the Cardinals kept the Eagles at bay from the line, including six free throws from Jones.

Heath finished with four 3-pointers and a career-high 20 points. Wynston Tabbs added 15 points and Ashton-Langford 13 for the Eagles (2-7, 0-3), who have dropped eight of the last nine meetings against Louisville.

While the Cardinals shot 47% from the arc, the Eagles were only only 8 of 33 on 3-point attempts and shot only 33% overall.