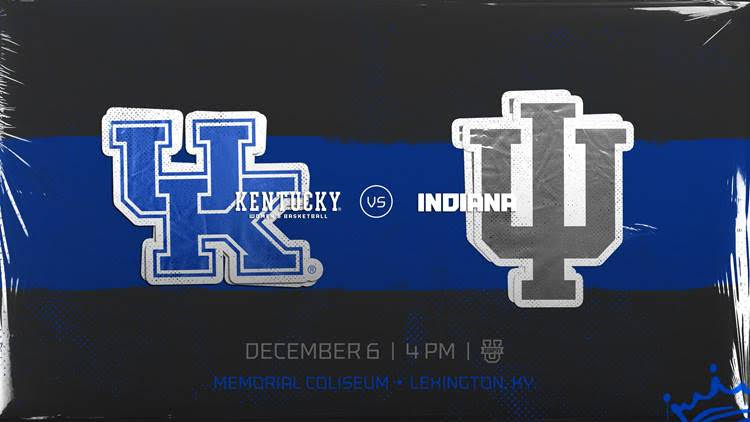 Wildcats and Hoosiers will square off on Sunday, Dec. 6 at 4 p.m. ET in Memorial Coliseum

A border-rival game that has been on pause since 2006 is returning for the University of Kentucky women’s basketball team as the Wildcats have schedule a Dec. 6 meeting with Indiana inside historic Memorial Coliseum. The game will tip at 4 p.m. ET on ESPNU.

Both teams are expected to have fantastic 2020-21 seasons as the Wildcats are ranked 11th in the Associated Press Preseason Top 25, while Indiana is No. 16 in the listing. League coaches and league media picked the Hoosiers as the preseason favorites for the 2021 Big Ten Championship after finishing 24-8 last season.

This will be the 26th all-time meeting between Kentucky and Indiana in women’s basketball with the Wildcats holding a 13-12 advantage in the series. The first meeting was in 1974 and followed with the two schools meeting twice in 1976 and annually from 1978-1990. The series picked back up in 1993 and lasted five years to 1997. The last meeting was in November 2006 in Lexington. Indiana has won six straight games against the Wildcats.