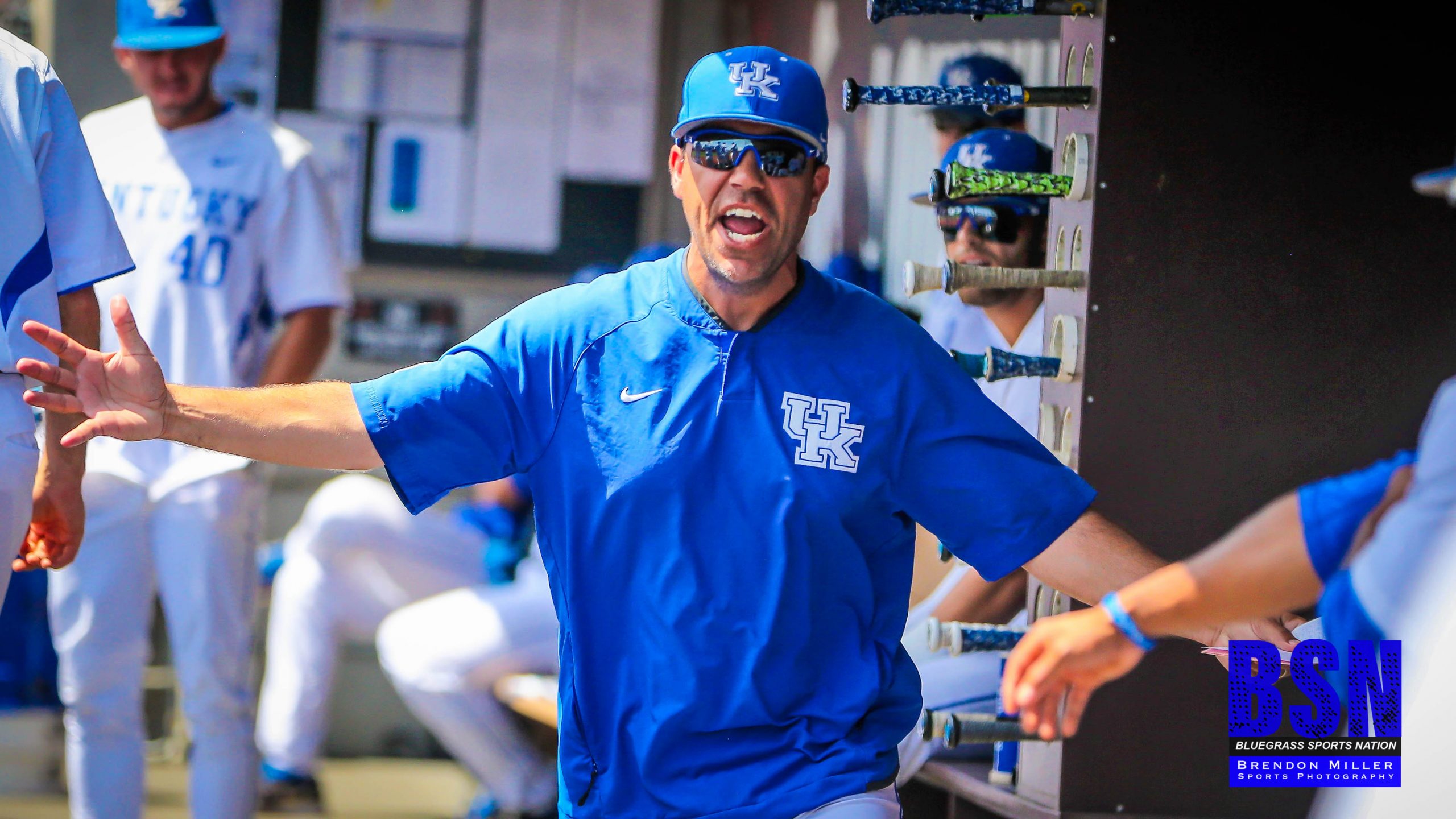 Kentucky baseball head coach Nick Mingione has signed a contract extension that will keep him with the program through the 2025 season, the school announced Monday.

Mingione, who led the program to its only NCAA Super Regional appearance in 2017, has won 118 games in four-plus seasons, including the shortened 2020 season. He enters the 2021 campaign with an experienced lineup that includes preseason All-Americans T.J. Collett, John Rhodes and Austin Schultz, as well as a re-vamped pitching staff that has added quality depth.

“Nick Mingione has done an excellent job laying the foundation for a successful baseball program, both on and off the field,” UK Athletics Director Mitch Barnhart said. “From making an NCAA Super Regional for the first time in program history, the development of 24 players selected in the MLB Draft, numerous awards for academic achievement in the classroom and a commitment to service in the Lexington community, Nick is building a well-rounded program. We are excited to see Kentucky baseball continue to grow under his leadership.”

“I am so appreciative of Mitch Barnhart for his support of the program, and thankful to all of the current and former players who have built it over the years,” Mingione said. “Nothing is possible without the commitment of our players, coaches, support staff and the Big Blue Nation. Christen, Reeves and I love the University of Kentucky and the Lexington community and could not be more excited to remain a part of both for the long haul. We all want to continue building Kentucky baseball as we strive to reach Omaha and bring a championship to Kentucky Proud Park.”

In his first three seasons at the helm, Mingione’s 103 total victories and 39 Southeastern Conference wins both established new records for a UK coach during his first three years. The Cats were off to a strong start in 2020, riding a six-game winning streak before the COVID-19 pandemic abruptly ended the season after just 17 games.

In his rookie season as a head coach, Mingione proved a quick study as the 2017 Wildcats etched their name all over the school’s record books. The program made a trip to the Super Regionals for the first time and finished ranked in the Top 10 of every major college baseball poll.

Additionally, the Cats’ 43 wins were just two shy of the school record and the most for a first-year coach in the program’s history. The 19 wins in SEC play were the second-most in school history, just one shy of the 2006 championship team’s 20, which Mingione also was a part of as an assistant coach.  In 2018, the Cats spent the majority of the season in the Top 25, including ten weeks in the Top 10.

The success has carried over to the Major League Baseball Draft, where Mingione and his staff’s ability to groom players for a professional career has led to 24 players being selected in the past four MLB Drafts. The 21 players selected in the 2017 and 2018 drafts were the most of any program in the country and Mingione has helped mentor two top 20 overall picks in first baseman Evan White (17th, 2017) and left-handed pitcher Zack Thompson (19th, 2019).

In 2018, 13 Cats were selected in the draft, the highest total of any program in the country. The total set a new program record for most draftees in a single year, shattering the previous mark of nine. Additionally, UK now has had 13 players drafted in the first 10 rounds over the past four seasons. The 14 underclassmen who have been drafted and signed during Mingione’s tenure have garnered a total of $10,435,000 million in signing bonus money, nearly $750,000 per draftee.

Off the field, Mingione has made it a point to have his team involved in the community, part of his “Student. Person. Player.” guiding principle of the program, participating in numerous philanthropic events in Lexington while also taking time for more than 100 local speaking engagements. In his first season at UK his ethos for the program was on full display as UK players earned SEC Pitcher of the Year, SEC Scholar Athlete of the Year and SEC Community Service Team honors.

The Cats also have been dominant in the classroom and established a new high-water mark with a 3.6 team grade point average in fall 2020. Zach Logue was named the SEC Scholar Athlete of the Year in 2017, Troy Squires won the prestigious Senior CLASS Award in 2018, the first Kentucky player to do so, and Marshall Gei was First-Team Academic All-America in 2019. In four seasons, the Cats have had 120 players earn All-SEC academic honors, including a league-high 34 in 2020. The program has earned the ABCA’s prestigious Team Academic Excellence Award, which requires a cumulative team grade point average of at least 3.00, each of the 2018, 2019 and 2020 seasons, the only school in the SEC to accomplish that feat.

The Cats are off to a 4-0 start to open the 2021 and open a five-game week at Kentucky Proud Park on Tuesday when they host Eastern Kentucky at 4 p.m. ET.