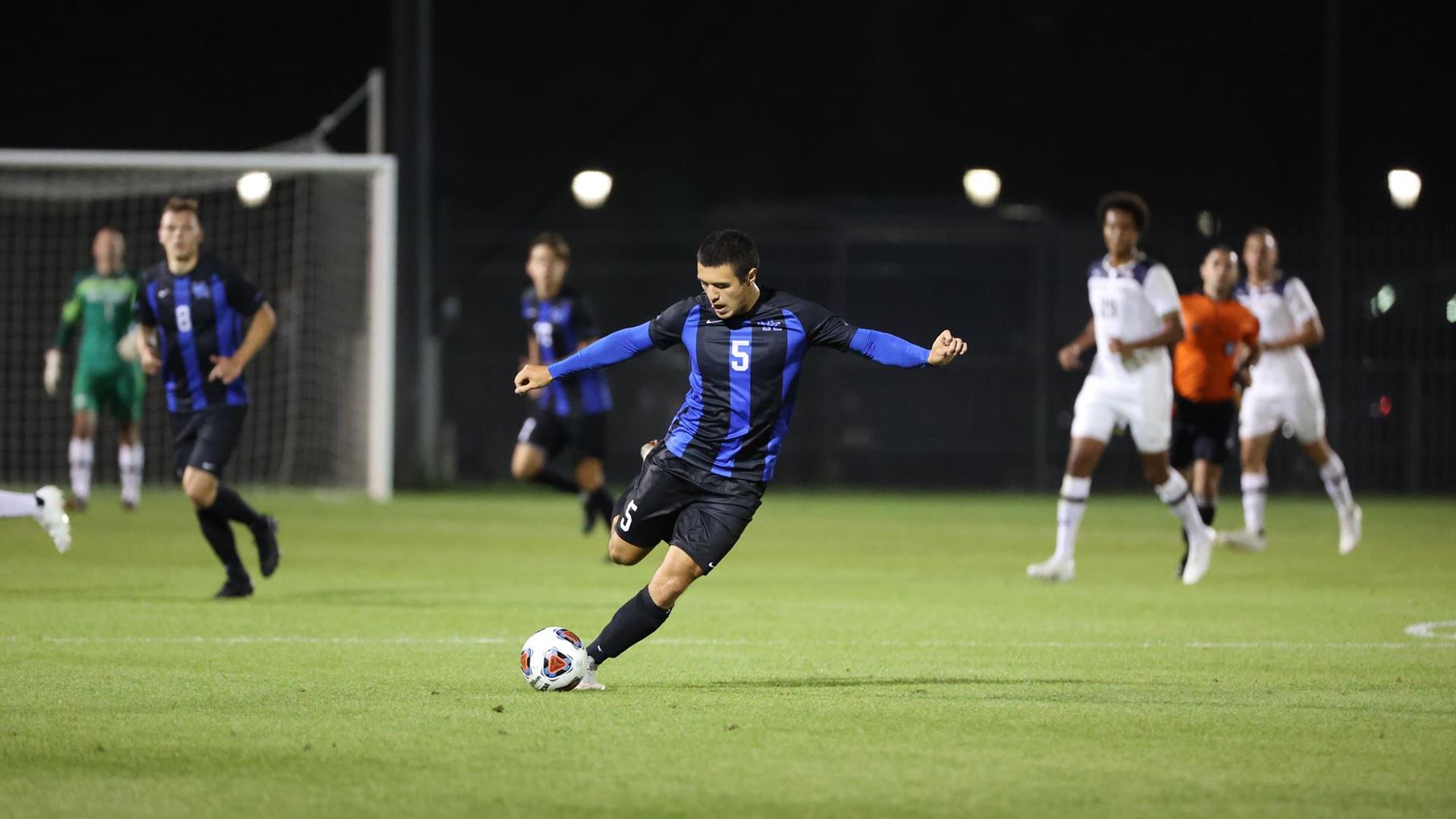 Kentucky kicked off its fall season on the road for the first time in four years, falling 1-0 at Notre Dame on Thursday.

The loss was Kentucky’s first season-opening defeat since 2014, the same year in which the Wildcats later claimed a last-minute 1-0 upset over No. 2 Notre Dame in the teams’ last meeting.

Kentucky outshot the Fighting Irish 4-3 on goal Thursday, though Notre Dame outgunned the Cats 13-9 in overall attempts. Sophomore forward Eythor Bjorgolfsson was the only player from either side to aim two tries on target, while Kalil ElMedkhar and Brandon McManus recorded one apiece.

Bjorgolfsson and ElMedkhar totaled two shots each, as did junior midfielder Marcel Meinzer. McManus and fellow reserve Clay Holstad logged two attempts between them, and reigning Conference USA Player of the Year Aimé Mabika added one of his own on a run from the back line.

Mabika, along with Leon Jones, Bailey Rouse and Robert Screen, did not miss a minute of Thursday’s action. Jones, a two-time All-C-USA third-team defender, made his return to the UK lineup after being sidelined the entire 2019 season. Freshman midfielder Enzo Mauriz received the starting nod in his collegiate debut.

UK goalkeeper Enrique Facusse was credited with two saves in the loss. Notre Dame’s Daniel Russo scored the match’s only goal off a corner kick by Aiden McFadden in the 62nd minute.

Kentucky is set to return to action on Monday for its home debut at Wendell & Vickie Bell Soccer Complex. The Wildcats will kick off with the Duke Blue Devils at 7:30 p.m. ET, broadcast live on ESPN3.

Following a player guest and coach guest attendance model, no ticket options for any UK soccer matches will be made available to the public at this time. For more information, visit the 2020 Soccer Gameday Information page throughout the season.