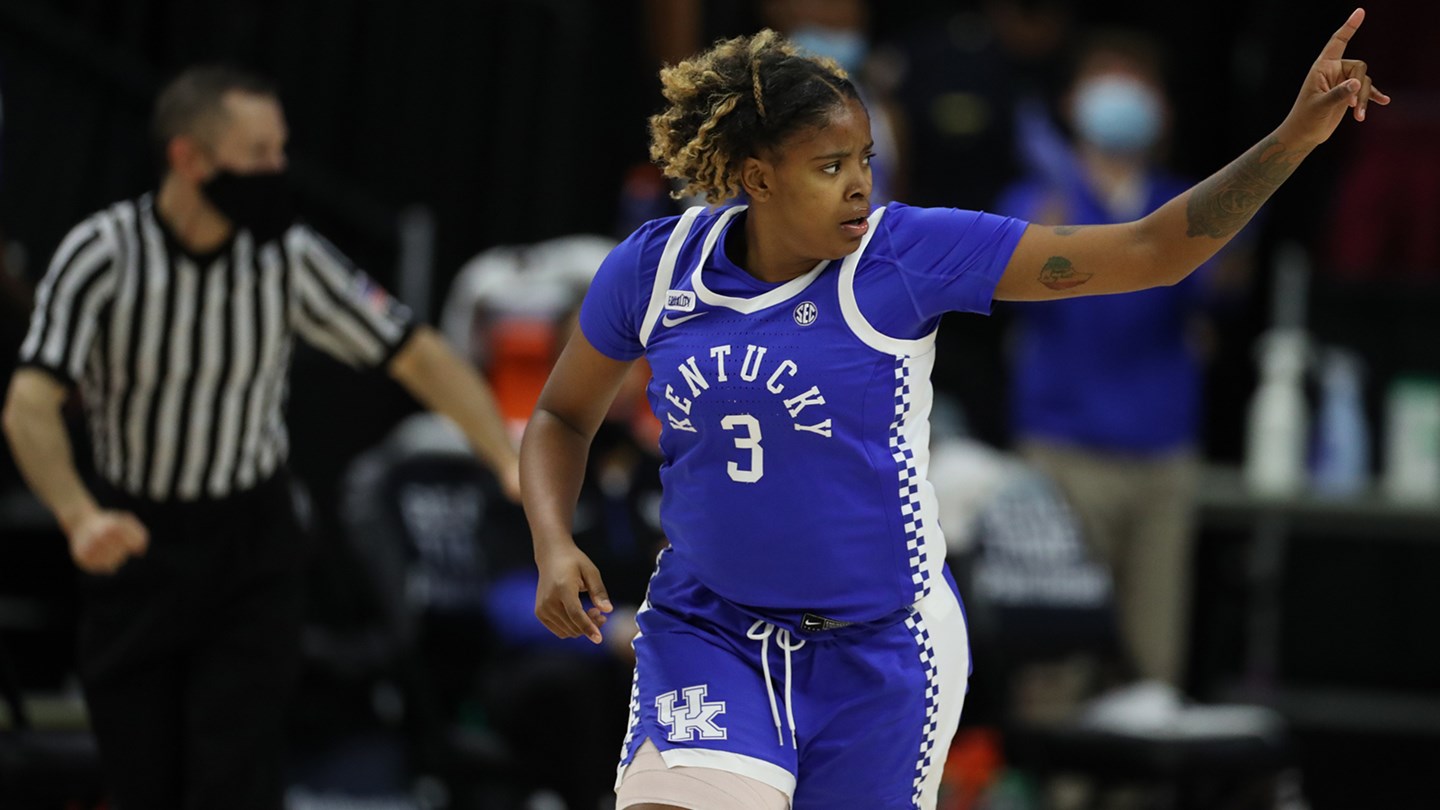 Kentucky (9-2, 2-1 SEC) got 12 points from KeKe McKinney and eight from Chasity Patterson and six from Robyn Benton

After shooting the three-point shot well in the last two games, the Cats struggled from behind the arc on Thursday. Kentucky hit just four of 17 (23.5 percent) from long range in the game. Texas A&M won the rebounding battle 35-26, but the Cats had an advantage in bench points (14-5) and second chance points (9-6).

Kentucky scored the first five points of the game, on a three from KeKe McKinney and a jumper from Howard. Texas A&M answered by scoring four in a row to cut the UK lead to one, 5-4 early in the game. A&M took its first lead when Jordan Nixon hit a jumper to make it 8-7 Aggies.

Nixon would score A&M’s first 11 points and A&M would lead 11-9 before Howard tied the game at 11 apiece. A&M would grab a 13-11 lead before Robyn Benton hit a three and was fouled, then converted the free throw for a four-point play that gave the Cats a 15-13 advantage.

A&M would lead 18-17 before Kentucky got a basket from Howard, then a steal from Chasity Patterson and a layup from Jazmine Massengill to lead 21-18 after one quarter of play.

Early in the second period, Kentucky stretched that lead to five points on a Patterson jumper, then seven on a layup by Howard with 7:11 left in the half. But A&M would answer with a 9-2 run to tie the game at 29-29 with 2:09 to play in the half. The game would be tied at 31-31 at the half. Howard led all scorers with 12 points in the first 20 minutes.

In the third quarter, the lead would change hands six times before A&M went on a 6-0 run to turn a 39-39 tie into a 45-39 Aggie advantage with 6:17 left in the third quarter. But Kentucky answered that run with an 8-0 stretch of its own. It started with a Tatyana Wyatt jumper from the corner, followed by threes from Howard and McKinney, giving the Cats a 47-45 lead with 4:31 left in the third period.

However, the Cats would not score again in the period, and A&M would score eight straight to take a 53-47 lead into the final 10 minutes of play.

The streak continued into the fourth period, as A&M scored the first six points of the final stanza to make it 14 in a row overall. In the process, the Aggies extended their lead to 12, 59-47, with 8:38 to play.

Kentucky returns to action on Sunday, hosting fifth-ranked South Carolina at Memorial Coliseum on Sunday. Tipoff is set for 5 p.m. ET and the game can be seen on ESPN.