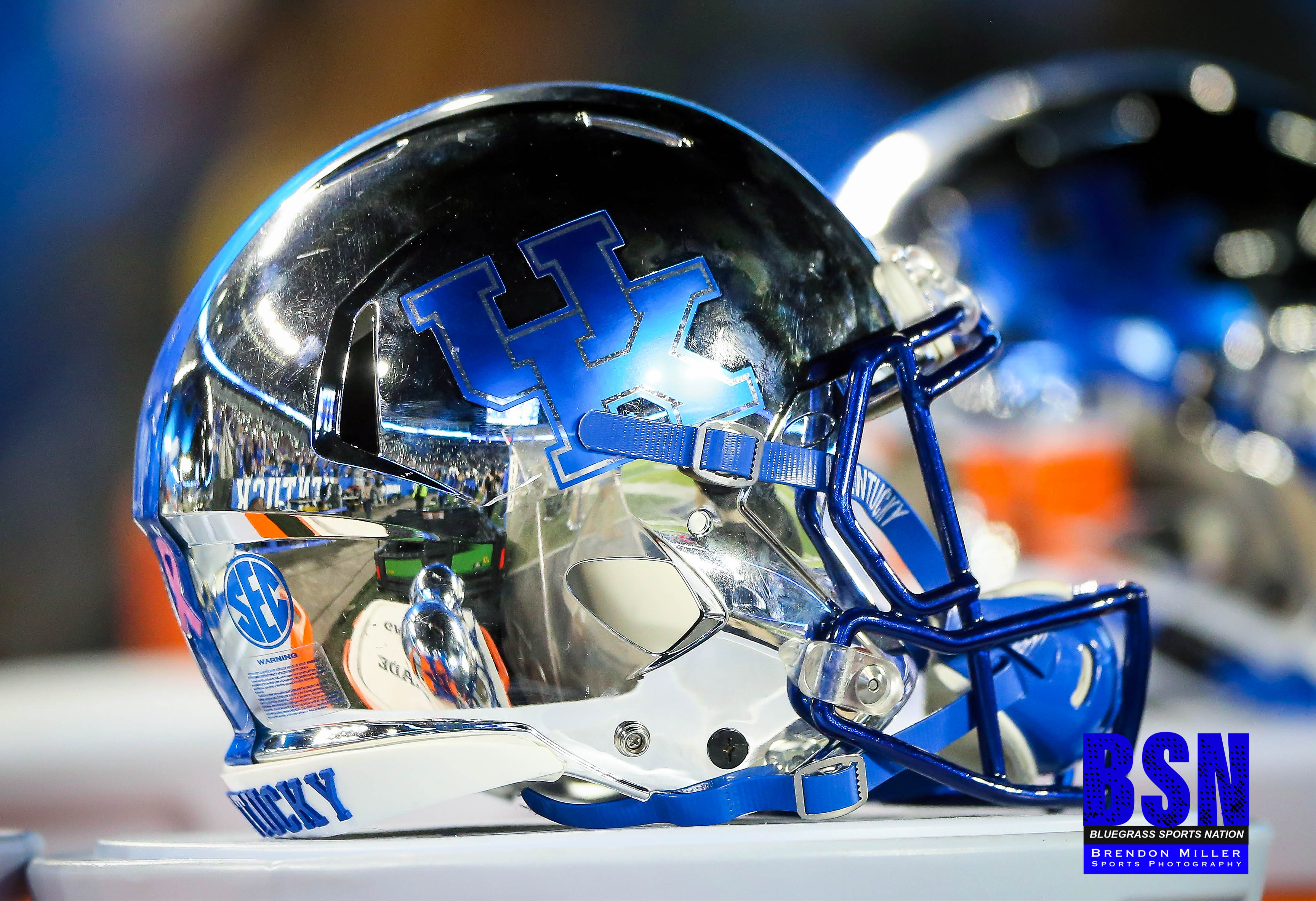 Wildcats to face Virginia Tech at noon on Dec. 31 in Charlotte

LEXINGTON, (UK Athletics) – Bowl eligible yet again, the Kentucky Wildcats have accepted a bid to play in the Belk Bowl and will face Virginia Tech Dec. 31 in Charlotte, North Carolina.

Kickoff is scheduled for noon at Bank of America Stadium, with ESPN carrying the national television broadcast. The Belk Bowl appearance is the first in school history.

“We’re honored to be invited to the Belk Bowl to play an outstanding opponent in Virginia Tech,” head coach Mark Stoops said. “Our team fought through a lot of adversity this season and I’m proud of our players for earning another bowl bid. It will be exciting to make our first trip to Charlotte and we look forward to seeing the Big Blue Nation join us there.”

Stoops is the second coach in school history to lead Kentucky to four straight bowl berths, joining Rich Brooks (2006-09) in accomplishing this feat. UK will be playing in the 19th bowl game in school history, holding a 9-9 record after winning last year’s VRBO Citrus Bowl.

“It’s an honor for us to play in this game for the first time and we thank Danny Morrison and the entire Belk Bowl team for selecting UK,” Athletics Director Mitch Barnhart said. “Our fourth straight bowl berth is a credit to the dedication of our coaches and players and the support of our fans. We ask the Big Blue Nation to join us in Charlotte and show why we have such a reputation for painting our bowl destinations Kentucky Blue.”

All Kentucky football season ticket holders and eligible K Fund donors that placed a Belk Bowl request during the priority request period (Nov. 23-Dec. 5) will receive tickets, and confirmation emails will be sent Sunday evening. Tickets ordered during the priority request period will be allocated into the best seat locations in Kentucky’s official allotment and assigned in order of K Fund priority point ranking later this week.

After holding tickets to fulfill all priority requests, remaining tickets in Kentucky’s official allotment will go on sale Monday, Dec. 9 at 9 a.m., online at UKFootballTix.com or by calling (800) 928-2287, option 4. Tickets start at $92 each and will be sold on a first-come, first-served basis. Fans will be able to select specific seat locations upon purchase. For more information about purchasing Belk Bowl tickets, visit UKFootballTix.com. Student ticket information for the Belk Bowl will also be available on Sunday evening, online at UKFootballTix.com.

Kentucky enters the bowl with a 7-5 record on the strength of a 5-2 finish to the regular season punctuated by a three-game winning streak. UK has won at least seven games in four straight seasons, tying the longest streak in school history, behind a bruising ground game that ranks fifth nationally and first in the SEC with 274.4 yards per game entering this weekend. The Wildcats have reformed their offensive identity behind wide receiver turned quarterback Lynn Bowden Jr., who has rushed for 1,235 yards (1,136 in his seven starts at QB).

That ground game complements a defense that has overcome the loss of national defensive player of the year Josh Allen and its entire starting secondary to once again become one of the nation’s best units. UK ranks tied for 13th in scoring defense (18.4 points per game) and 24th in total defense (324.3 yards per game) entering this weekend.

UK’s opponent, Virginia Tech, enters the Belk Bowl after finishing 8-4 (5-3). The Hokies were in contention for an ACC title game appearance until a 39-30 loss to Virginia to close the regular season. Virginia Tech’s defense had a pair of All-ACC performers in cornerback Caleb Farley and linebacker Rayshard Ashby. UK has an 11-6-2 all-time record against the Hokies, winning the last matchup in 1987, 14-7.