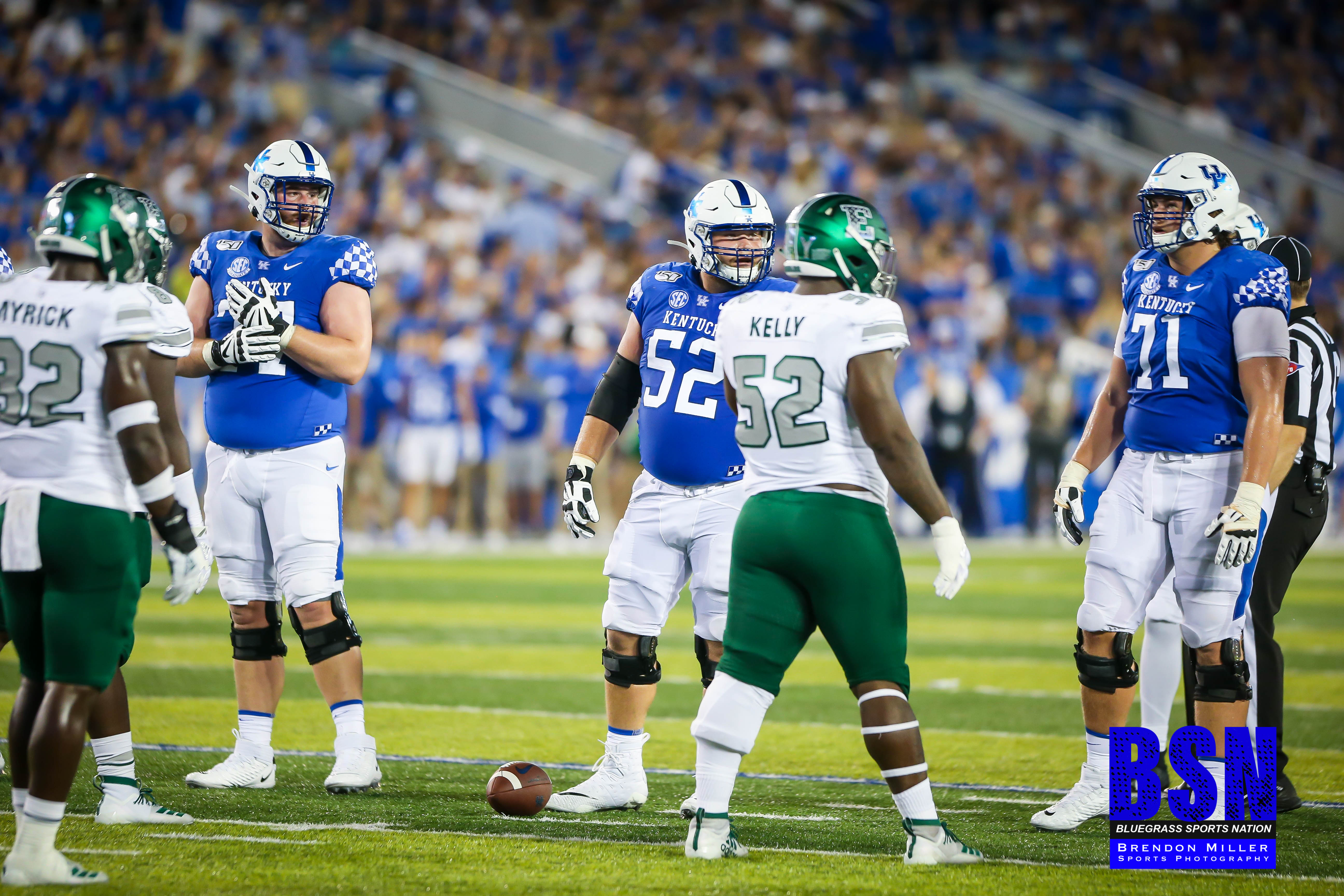 LEXINGTON, Ky. – The Kentucky offensive line has been named a member of the midseason honor roll for the Joe Moore Award, recognizing the Most Outstanding Offensive Line Unit in college football, it was announced Tuesday by The Foundation for Teamwork.

Three players have rushed for more than 300 yards (A.J. Rose, Lynn Bowden Jr., and Kavosiey Smoke) and the team is on pace for a fourth consecutive season of more than 2,000 rushing yards. The Wildcats have done this despite missing three departed starting linemen from a year ago, the school’s all-time leading rusher from last season, and this year’s top three quarterbacks are all injured – two are out for the season – and the current starting QB is a converted wide receiver.  The Wildcats’ running game is averaging a 192.3 yards per game, good for sixth in the Southeastern Conference.

The driving force behind the Big Blue Wall’s success is assistant coach John Schlarman. The former Wildcat was a four-year starter with the Wildcats from 1994-97 and is in his seventh season, in his current term, at his alma mater.

The semifinalists will be announced on Nov. 19 and finalists on Dec. 10. Selection of the 2019 Joe Moore Award winner will be made public after a surprise visit to the winning university’s campus in late December.

After the semifinalists and finalists have been selected, a vote will be held to select the 2019 recipient of the Joe Moore Award by a voting body of 200-plus members. This voting body includes all of the current offensive line coaches at the Division I/FBS level, as well as former players, coaches, colleagues of Coach Moore and select group of qualified media members.