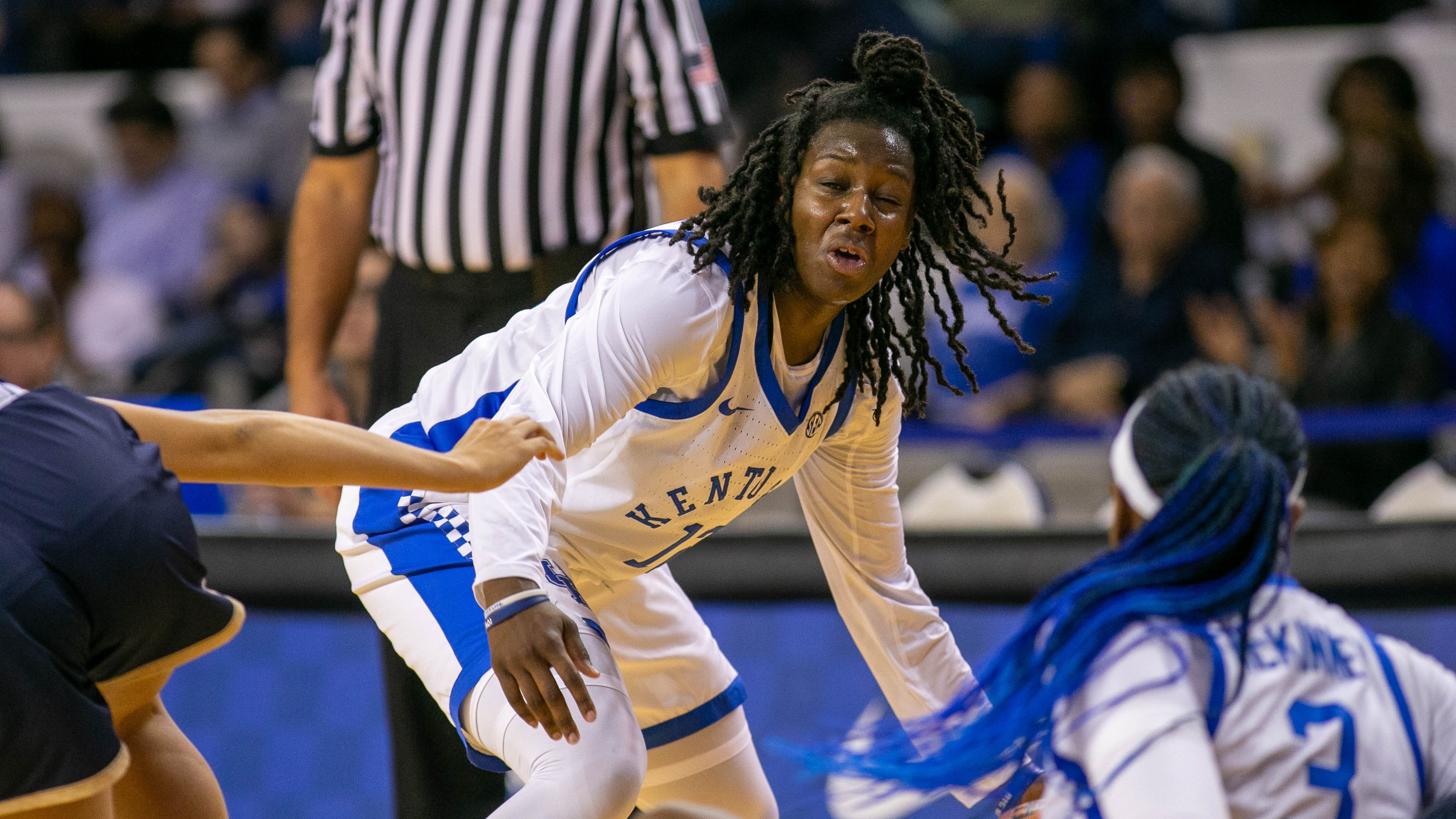 The Kentucky Wildcats (1-0) opened their season with a dominant 67-44 tone-setting win over Mt. St. Mary’s (0-1) on Tuesday night in Memorial Coliseum.

On the opening night of college basketball in the 2019-2020 season the Kentucky women’s team played host to The Mount to kick off the season. While the Cats prevailed in big time fashion in the end, the final score does not accurately represent the contest.

To start the game Kentucky quickly built a 9-4 lead but following that Mt. St. Mary’s would score eight of the game’s next 10 points to take a 12-11 lead. However, the Cats would get baskets from Blair Green and Wyatt with under a minute left in the first period to lead 15-12 at the end of the first quarter.

After many 2nd quarter struggles, as Kentucky was held scoreless for 4 minutes straight, the Cats took a 27-21 advantage into the half. Throughout the first half Kentucky forced 14 turnovers and scored 13 points off those mistakes. But the Mountaineers kept it close with five three-pointers, compared to just one for Kentucky.

In the third period, both teams were cold from the field. Kentucky missed its first seven shots, while Mount St. Mary’s missed its first six. The only points in the first four minutes of the period were a pair of free throws from Roper, giving the Cats a 29-21 advantage. To end the quarter Kentucky took a 44-32 lead.

The Cats came out hot in the 4th quarter and started the period on a 5-0 run. Following the pattern, Kentucky would grow the lead to as much as 29, at 65-36, before sealing the deal with a 23-point victory.

When asked about his team’s energy on the defensive end of the floor, Kentucky head coach Matthew Mitchell stated that “I thought the defense was lagging a little bit, but I thought we had a good productive week since the exhibition game. Our players really tried to get better defensively, and it showed up in some areas tonight….real pleased with the steps tonight.”

The No.13 ranked Wildcats improve to 1-0 on the season and will take the floor again this Sunday, Nov 10 at 4 pm as they travel to Middle Tennessee to do battle with the Blue Raiders.