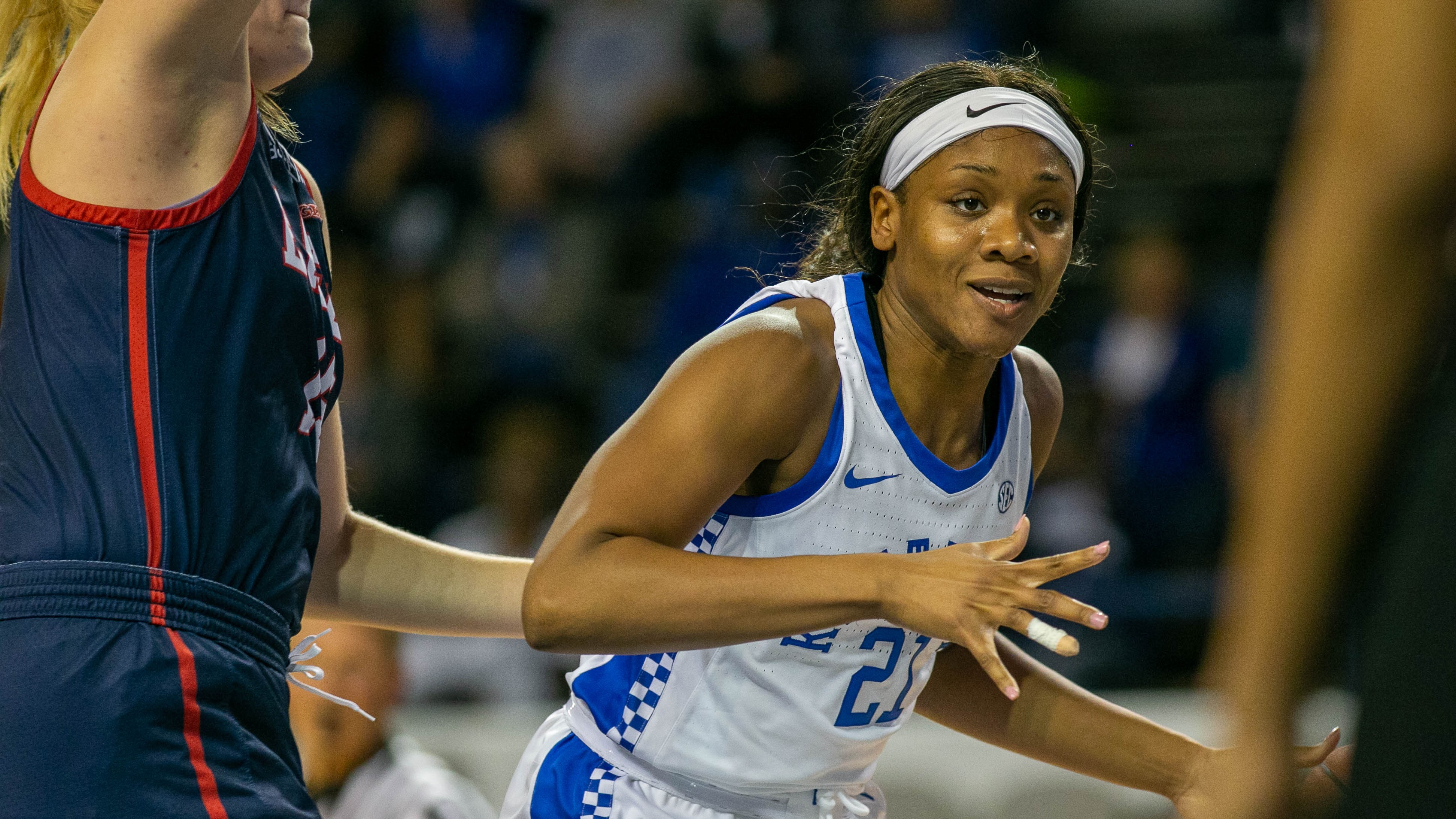 No. 13 Kentucky at Middle Tennessee

UK is 2-0 this season when it uses that starting combination.

Middle Tennessee forced Kentucky into five turnovers in the first five minutes of the game, scoring four of its first five points off those miscues.

UK scored eight points in the first quarter, which was its fewest in a game this season and the least since scoring seven against Missouri in the SEC Tournament quarterfinals last season.

UK scored 10 or less points in the first quarter in three games last season (vs. Missouri, vs. Texas A&M and vs. Virginia). UK went 1-2 in those games with the win coming vs. UVA.

Kentucky found some more offensive rhythm in the second quarter, going 5-of-16 from the field to take a 22-18 lead into the break.

UK’s 22 first-half points were its fewest since 19 vs. Missouri last year in the SEC Tournament quarterfinals.

Middle Tennessee’s 18 points in the first half were the fewest UK has allowed since holding LSU to 15 on Feb. 24, 2019 inside Memorial Coliseum.

The Wildcats started the third quarter on a 13-0 run (15-0 counting the final two points of the second quarter).

The run was UK’s biggest of the season and the second run of 10-0 or better this season.

Part of that 15-4 run was a 10-0 run by the Blue Raiders. That run was ended on a basket by Ogechi Anyagaligbo with just under nine minutes to go in the game.

Kentucky grabbed back control of the game with a 11-2 run to take its lead back to 64-43 just over five minutes to go.