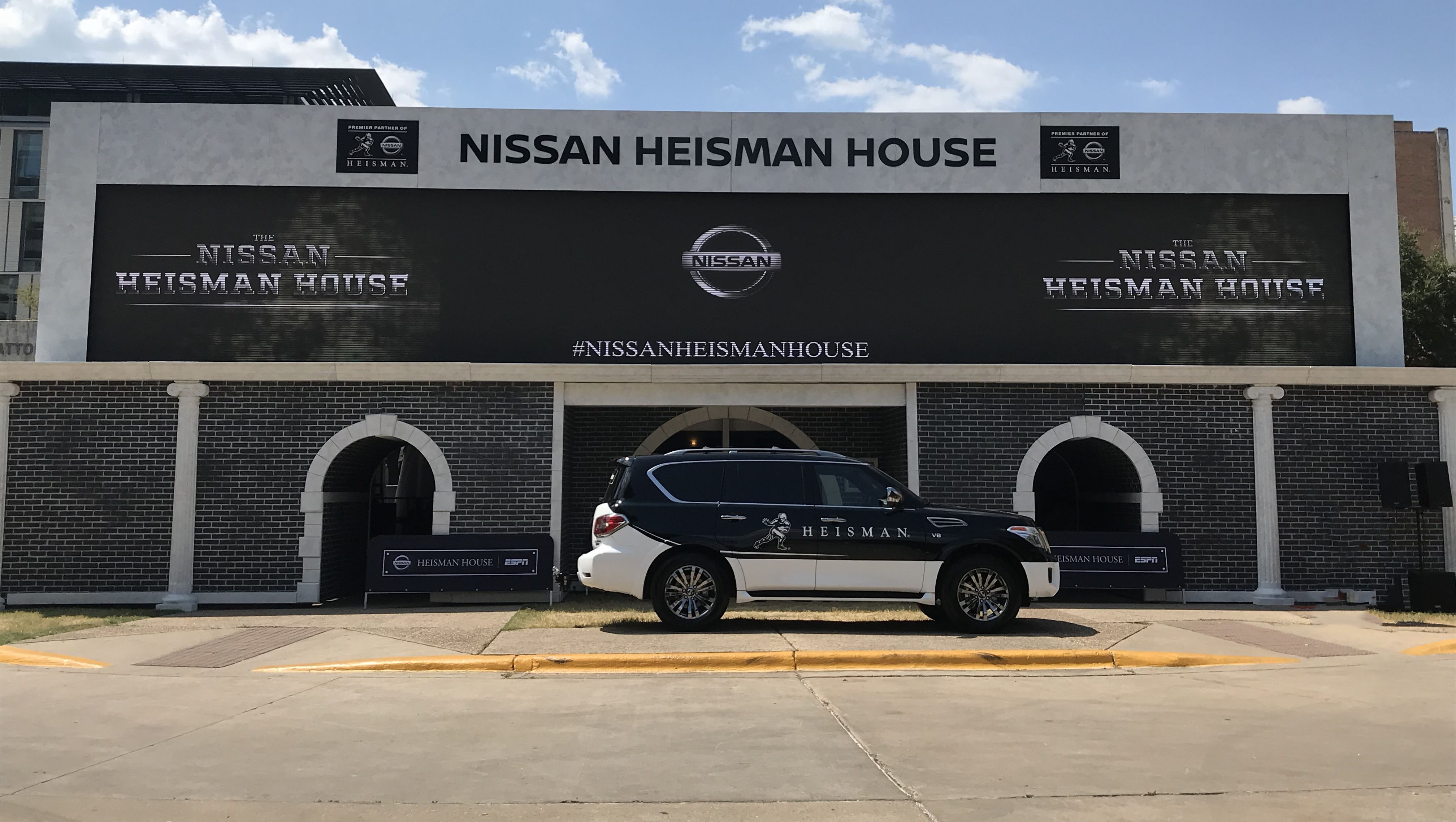 The tour heads to Lexington September 14,

o   2019 Kentucky Athletics Hall of Fame inductee Andre’ Woodson, the school record-holder for career touchdown passes, will appear from 2:30 p.m. to 4:00 p.m., participating in both a Chalk Talk session with ESPN’s Victoria Arlen and a photo session with fans.

o   1998 SEC Player of the Yearand Heisman Finalist Tim Couch, who still holds the conference record for passing yards in a season, will appear from 4:30 p.m. to 6:00 p.m., participating in both a Chalk Talk session with Arlen and a photo session with fans.

WHAT:                Nissan and ESPN invite fans to “Get to know the Heisman Trophy Winners” during a pre-game experience that celebrates college football’s most outstanding players. The Nissan Heisman House Tour is making stops at nine marquee matchups this season. Admission to the tour is free.

Fans will have the opportunity to:

o   Take a picture with the Heisman Trophy, the most prestigious award in college football

o   Race to the finish line against a Heisman winner in the Nissan Heisman House Dash, a digital game that puts you in the driver’s seat of a Nissan Rogue

o   Participate in a photo session with gridiron greats

o   Customize a Nissan Rogue in your team colors, while exploring the features of Nissan Intelligent Mobility

Prior to the Kentucky-Florida game, airing on ESPN at 7:00 p.m. ET

WHERE: Located in Big Blue Zone, outside Gate 4 of Kroger Field