KEY TO THE CATS, BRISCOE TALKING and HIS LEADERSHIP. 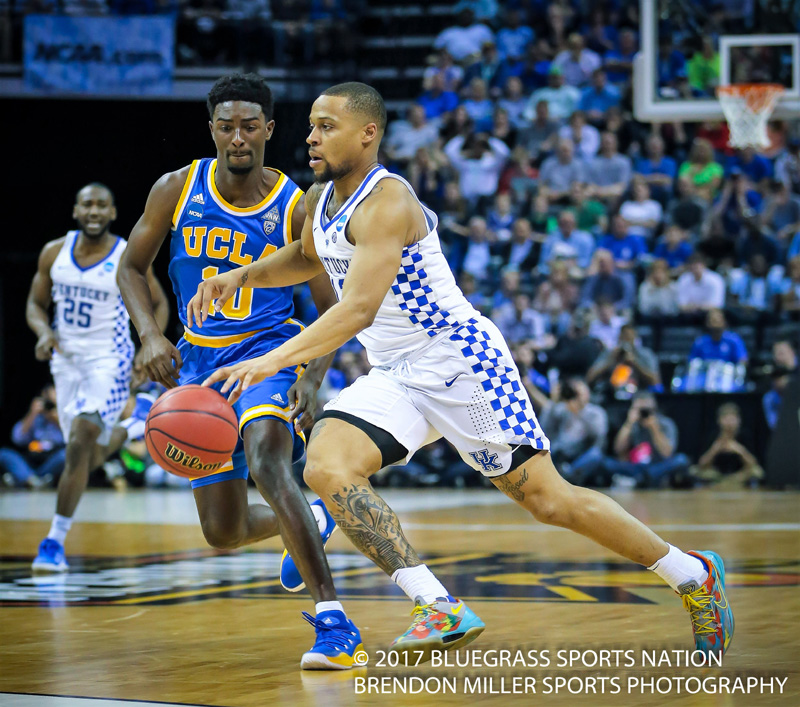 At today’s off-day press conference for the South Regional Final, CATS Coach John Calipari attributed the CATS improved play to Sophomore, Isaiah Briscoe’s on floor and verbal leadership.  Cal, in his opening, specifically pointed out Briscoe’s leadership and his direction on the floor.

“When we talk on that court, when we’re talking, we are really good.  When we don’t talk, we are really bad.” (in reference to Briscoe).  Zay talked on the floor and with his performance.  While the natural emphasis and attention from the game was on De’Aaron Fox’s UK Freshman NCAA scoring record 39 points, to go with four assists with only one turnover, and Malik Monk’s 21 points, it was Briscoe whom was the steadying influence throughout the night.  Zay finished with five points, seven rebounds, four points and zero (that is “0”) turnovers in 35 minutes.

Isaiah’s on floor direction began to escalate with Cal’s “reboot” a few weeks ago and has now been a large reason of the improved play which has resulted in the CATS winning streak reaching 14 games.  Cal continued to praise Zay commenting on his versatility, “He’s playing five positions on both offense and defense.  He’ll do whatever you need him to do. And at the end of the game when they started pressing, if you watched, he was running the press attack and put us where we needed to go.”

Cal’s emphasis was that Briscoe’s contributions do not always show up in stats.  While Fox, Monk and Bam Adebayo are the CATS undisputed super stars, Biscoe is the straw that stirs the Big Blue drink.  Looking for more talking and leadership from Zay tomorrow with a trip the Final Four on the line.  The CATS take on North Carolina tomorrow with tip set for 5:05 PM Eastern.  Let’s go CATS, want a trip to the Desert!!