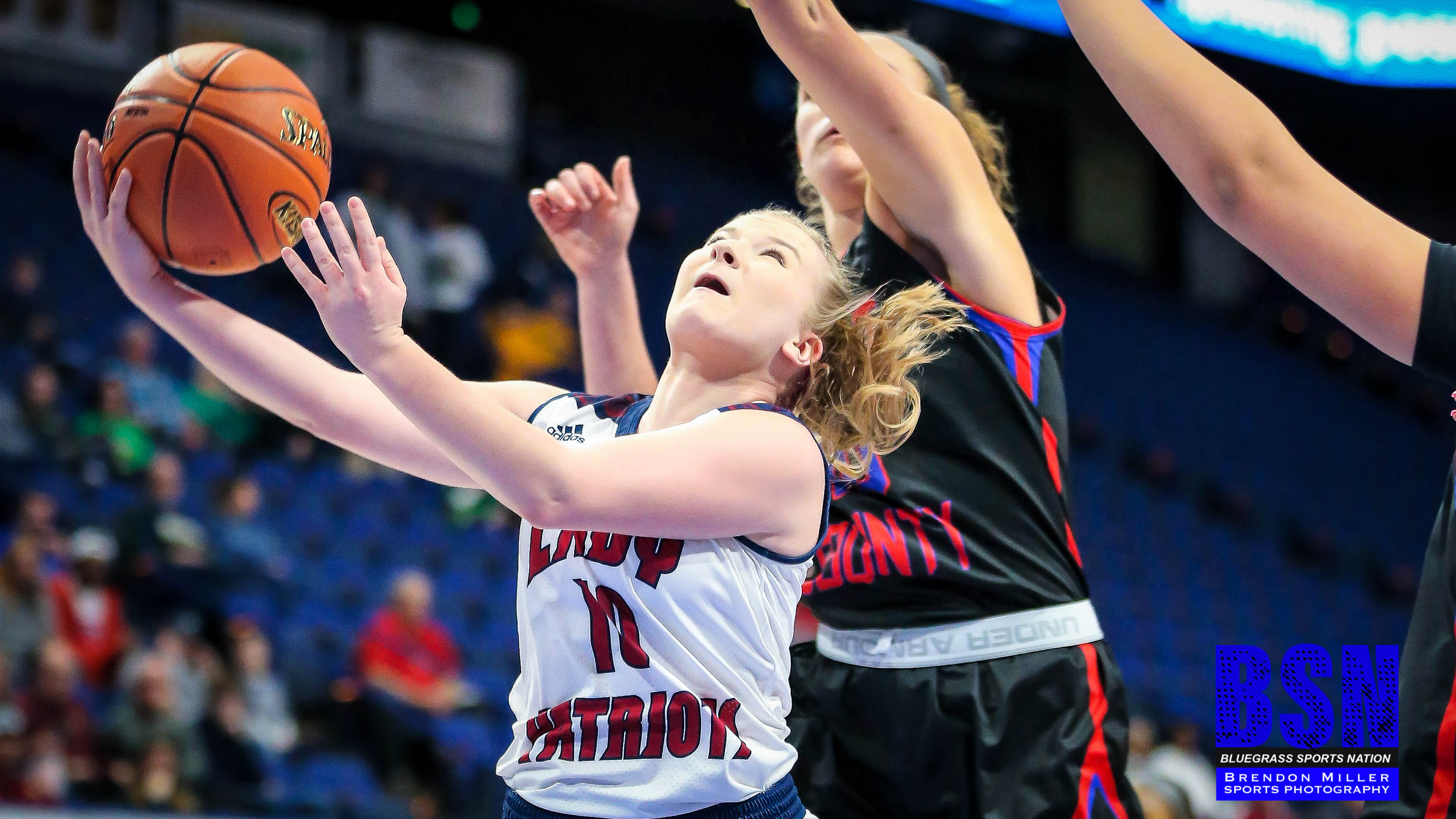 14th Region Champion Knott Central ran into the the juggernaut which is Scott County basketball in Rupp Arena on Wednesday afternoon. The Lady Patriots and Lady Cardinals had the distinction of opening the 2019 Sweet Sixteen, and be the first two ladies teams to contest a Sweet Sixteen game on Cawood Ledford Court.

Knott started the game out well running and defending to take an early lead. Jada Higgins scored the first two points of the game at the line, with Natalie Slone converting an acrobatic transition layup and Keara Mullins hit the first ladies three pointer in Rupp and converted three of four at the line to give the Lady Patriots their largest lead of 10-4 at the 3:21 mark of the 1st. After Scott scored on back to back threes by Morgan Defoor and Maalyiya Owens, Higgin scored a basket to set the score at 12-10 with 2:23 remaining. Scott then went on an 11-0 run to end the Quarter behind Owens or Defoor to set the score at 21-12. The score was tied three times in the Quarter.

Scott County hit the gas pedal and pushed the tempo in the 2nd Quarter out scoring the Lady Patriots 26-17 to push the halftime lead to 18 at 47-29.

Scott continued their hot shooting in the 2nd half with Owens and Defoor continuing to knock down deep balls. Owens ended the game with 30 points going 6-11 from three land and 6-7 at the line. Defoor had 21 and was 4-9 from deep.

Knott Central was led by Higgins with 20, Mullins ended with 13 and Emily Williams was also in double-figures with 11.

Knott ends the season at 25-8. Scott County improves to 34-1 and will take on Owensboro Catholic who defeated Bethlehem 53-47 on Friday at Noon.