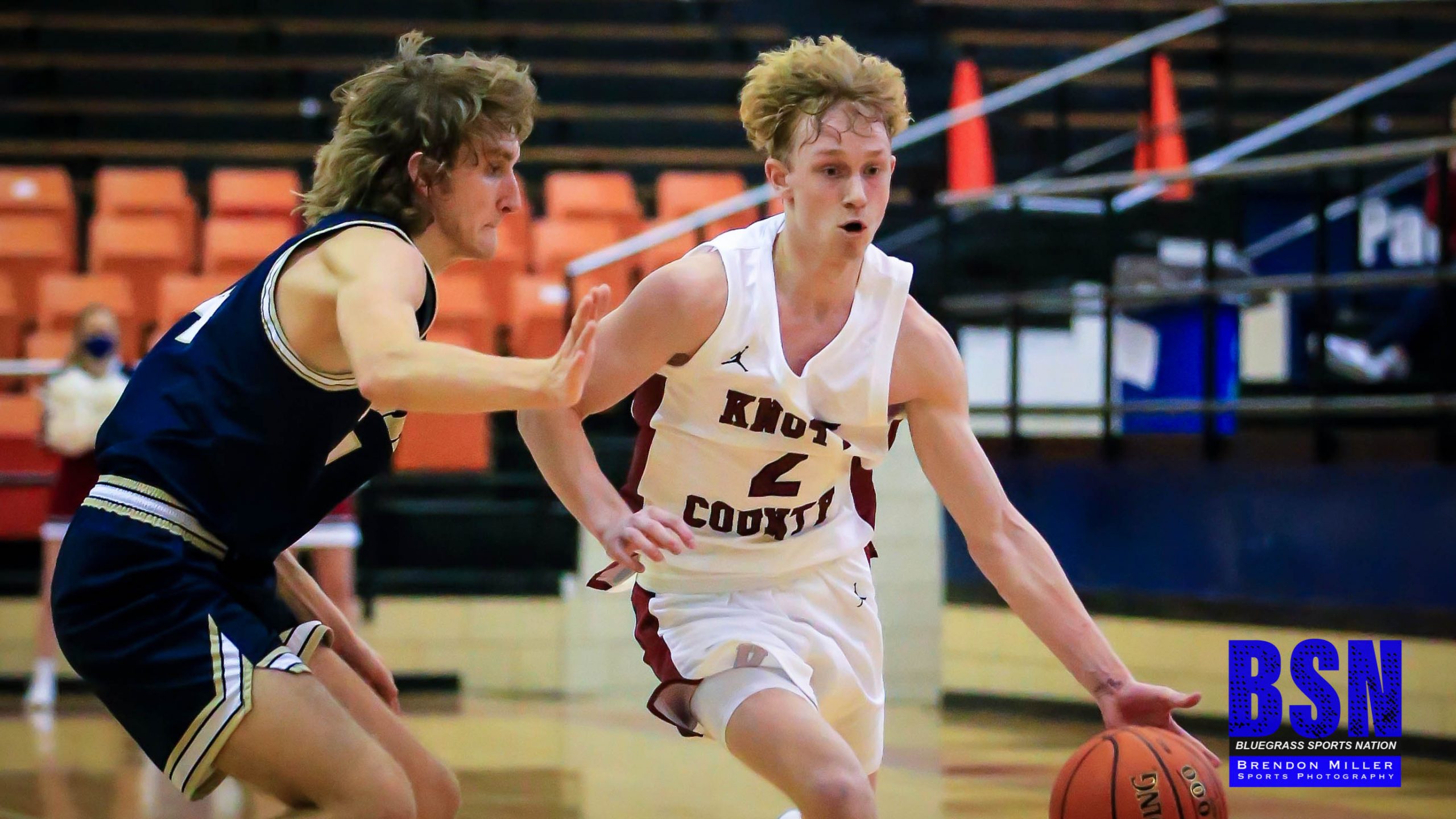 The Knott County Central Patriots defeated the Hazard Bulldogs on Monday night in the opening round of the 14th Region All “A” Classic. The Patriots’ Kent Damron and Josh McGuire combined to score 44 points to propel Knott Central to victory.

In the First Quarter:
Hazard’s Wade Pelfrey hit three 3-pointers and Samuel Shoptaw made one as well to give Hazard a 21-11 lead after the opening quarter.

In the Second Quarter:
Each team hit three 3-pointers, but the Patriots were able to trim the Bulldogs’ lead to five points at halftime.

In the Third Quarter:
Pelfrey scored 10 of Hazard’s 16 points, while Damron hit two 3’s and scored eight points for the Patriots. After three quarters of play, Hazard held a 54-49 lead.

In the Fourth Quarter:
Damron and McGuire combined to score 14 points and Knott County Central picked up a 73-64 victory.

What’s Next?
The Patriots are slated to host the Wolfe County Wolves on Wednesday night. The Game can be seen on Bluegrass Sports Nation on both the Facebook Page and YouTube Channel with the game set to begin at 7:00 PM.