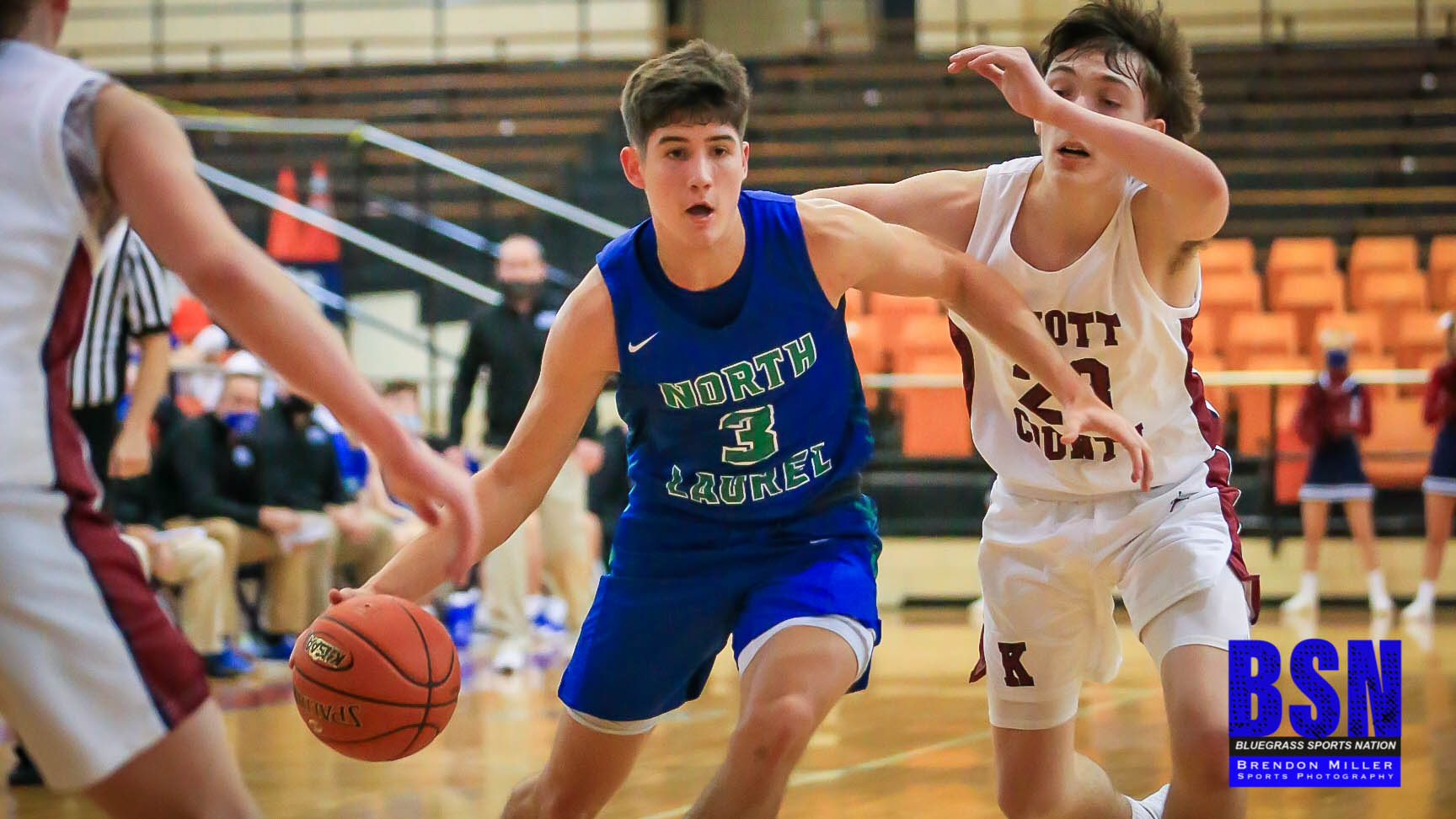 Knott hosted the high-scoring North Laurel Jaguars from the 13th Region on Saturday evening at the Morton Combs Athletic Complex. North Laurel came to Hindman undefeated (6-0) on the season and averaging 96.5 point a game with their lowest scoring output being 89 twice in the six games, and having topped the century mark two times.

The Jaguars boast super-talented Sophomores Reed Sheppard (34.0 PPG) son of former Kentucky basketball greats Jeff Sheppard and Stacey Reed, and Ryan Davidson (21.0). The Patriots entered at 6-1 with their only loss coming to 15th Region power Belfry on the road. The Patriots were not at full strength in this one as Senior forward Scott Shepherd was sidelined with an injury.

North Laurel opened the game on fire, putting up 31 points in the first period, while Knott scored 18. The Jaguars continued to increase their lead in the second period out-scoring the Patriots 24-20, for a 55-38 lead at intermission.

You will see very few games in which both teams shoot over 50% from both the floor and the three point line as we did in this one. The difference was that North Laurel was able to get up 13 more shots than Knott.

Reed Sheppard was outstanding for North Laurel with a stat line of 28 points, 14 assits, three rebounds, 14 assists, one steal, and one block. Davidson had 22, while Junior Clay Sizemore had 22 on six 3-pointers and Sophomores Chase Dotson and Brody Brock each had three 3-pointers.

Knott has a full week as they host 53rd District rival Letcher Central on Tuesday, Breathitt County on Wednesday, travel to Wolfe County on Friday, and host Powell County on Saturday. BSN will have both the Breathitt and Wolfe Games LIVE this week!