Knott County Central Rolls Past Hazard in All “A” Classic Matchup 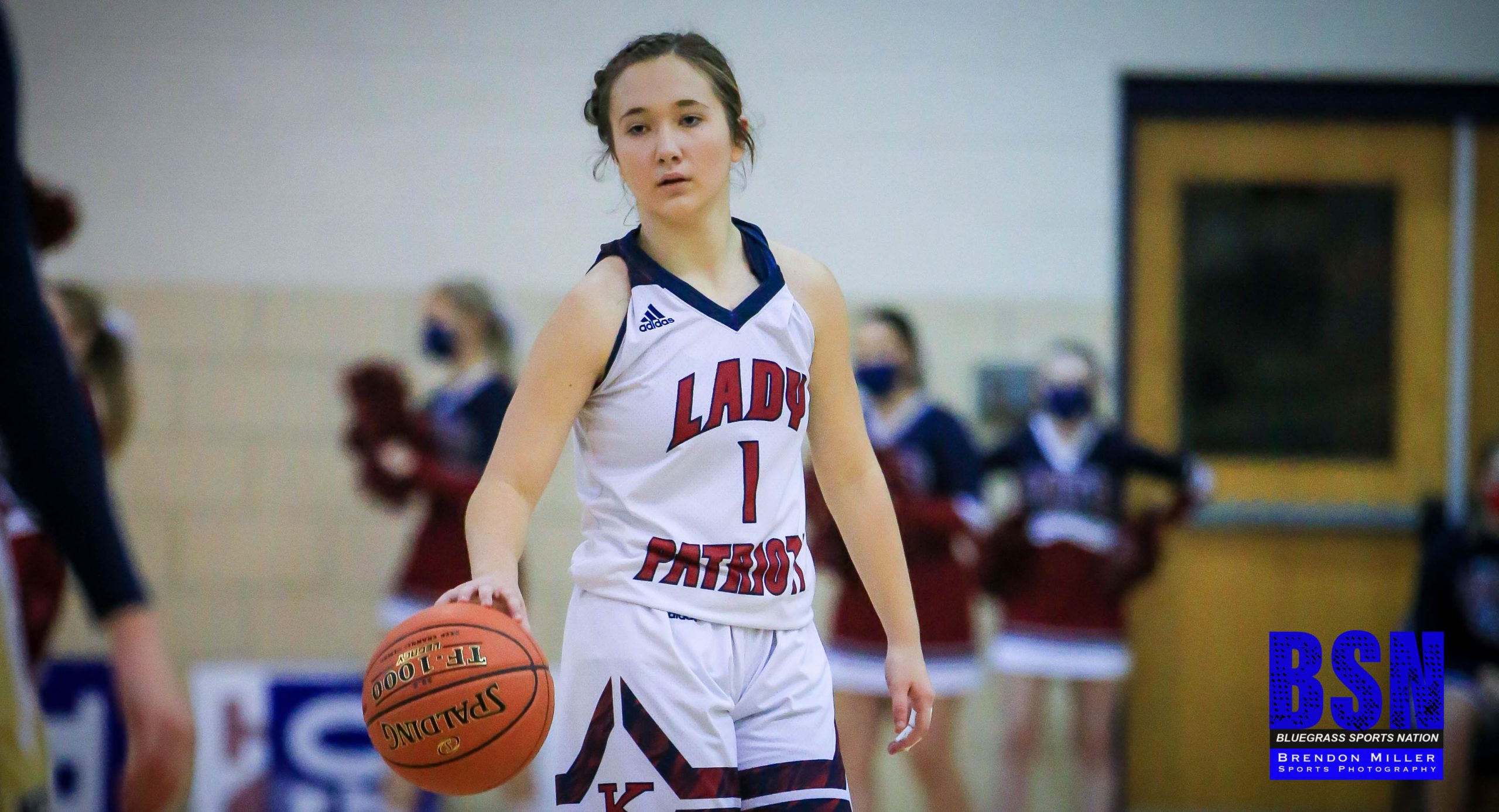 On Monday night, the Knott County Central Lady Patriots picked up an impressive 57-46 victory over the Hazard Lady Bulldogs in the opening round of the 14th Region All “A” Classic.

In the First Quarter:
Knott Central’s Kylie Gayheart and Abby Maggard each hit a 3-pointer. Gayheart and Maggard were two of the five Lady Patriots that scored in the opening quarter. For Hazard, Hayley Caudill scored five points. Going into the second quarter, the Lady Patriots led 16-7.

In the Second Quarter:
Hazard’s Andrianna Harris made three field goals and finished the quarter with eight points. The Lady Patriots had four players score, and each team tallied 12 points in the second quarter. At halftime, Knott County Central held a 28-19 lead.

Caudill Reaches 2,500 Career Points
With a free throw at the end of the first half, Hazard’s Hayley Caudill scored her 2,500th career point!! A great milestone for a the Bulldog Senior!

The Lady Bulldogs’ Andrianna Harris scored 16 points off the bench.

Knott County Central will receive a bye in the quarterfinals of the 14th Region All “A” Classic. In the semifinals, the Lady Patriots will play the winner of the Leslie County vs. Buckhorn game that is scheduled to be played on Wednesday night.