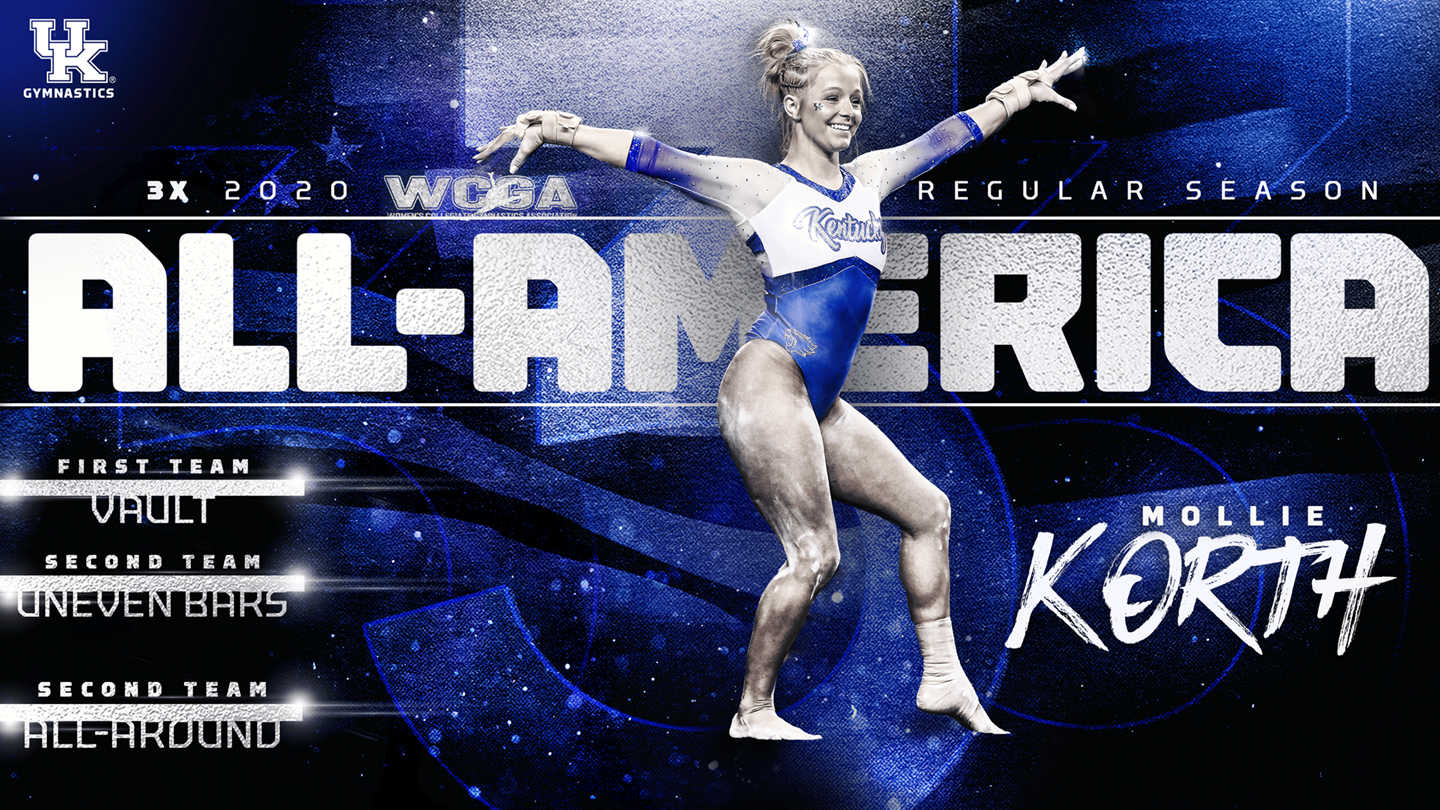 First-team All-America honors were decided by the top eight National Qualifying Scores on each event from the shortened regular season, including ties. The Nos. 9-16 rankings (with ties) determined the second team.

Korth finished her final collegiate campaign with an NQS of 9.925 on vault in a tie for fourth place in the nation. Her 9.900 NQS on bars tied for 16th, and her all-around NQS of 39.520 placed ninth.

Earlier this month, Korth was selected as one of six finalists for the 2020 AAI Award, presented annually to the most outstanding collegiate senior female gymnast in the country. She was dubbed Southeastern Conference Gymnast of the Week on Jan. 7 and SEC Specialist of the Week on Feb. 25.