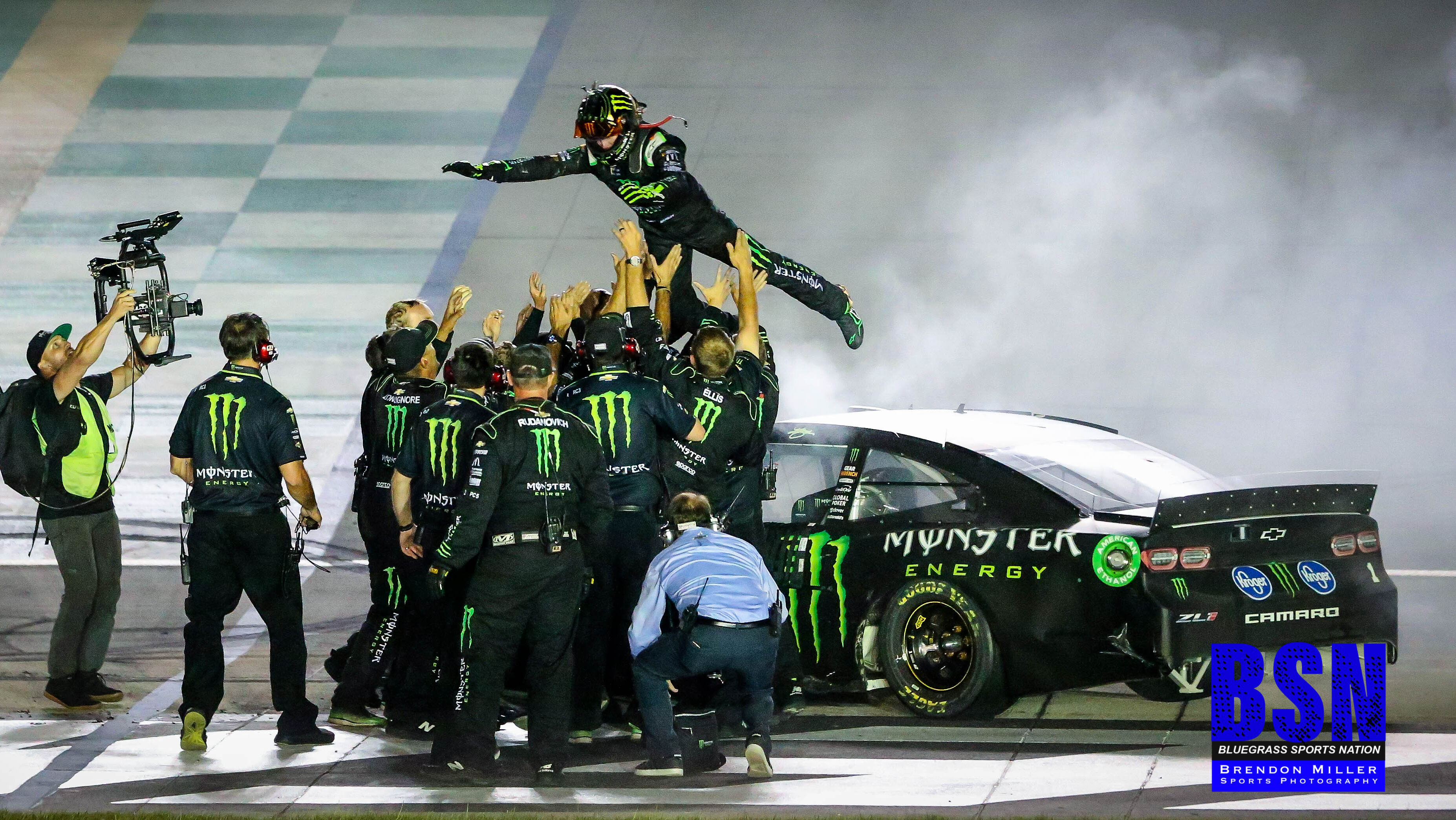 Flag drops under the leadership of Pole Sitter/ Daniel Suarez – Driver of the No. 41 Stuart-Haas Ford mustang.  Suarez, 27 is still seeking his first career victory in the Monster Energy Cup Series.

Daniel Suarez used the clean air factor to separate his Ford from teammate No. 10  Aric Alminola, controlling the pace early in Stage 1.   The field was shuffled after teams opted for a two-tire pit-service anticipating track position advancement.  Chip Gannassi Racing No. 4 Camaro was first off pit row utilizing by a 2 tire pit strategy allowing Kurt Bush to claim Stage 1 honors.

Kyle Busch– Driver of the Joe Gibbs Racing No. 18 Toyota takes the lead on Lap 104 after sailing past No. 6- Ryan Newman,  No. 14- Stuart Haas Ford Driver – Clint Bowyer and No. 17 Roush Fenway Ford Mustang driven by Ricky Stenhouse Jr.

Pole Sitter / Daniel Suarez, who dominated the first 49 laps of the night, received a penalty for entering the pit road too fast.  This error was too much for the Stuart Hass Mustang to overcome.

On Lap 104, Kyle Busch’s reclaimed the lead in Stage 2 and dominated the remaining circuits for Stage 2 win.

Kurt Busch relied upon Chip Ganassi’s teammate No. 42 Kyle Larson’s Ford for drafting assistance to pass race leader No. 22 Joey Logano on the outside.  The final two laps displayed an epic duel between the Busch Brothers.  Kurt Bush was able to sweep to the outside and challenge Kyle Busch for the point.  A battle the stripe as the younger brother Kyle was on the wrong end of an exciting finish.

Kurt Bush racks up his first win of the 2019 season and additionally collects his first victory in 9 attempts at Kentucky Speedway.

Thanks for our Sponsor PDQ Sales and Service in Jackson. Serving all of Eastern Kentucky!!!