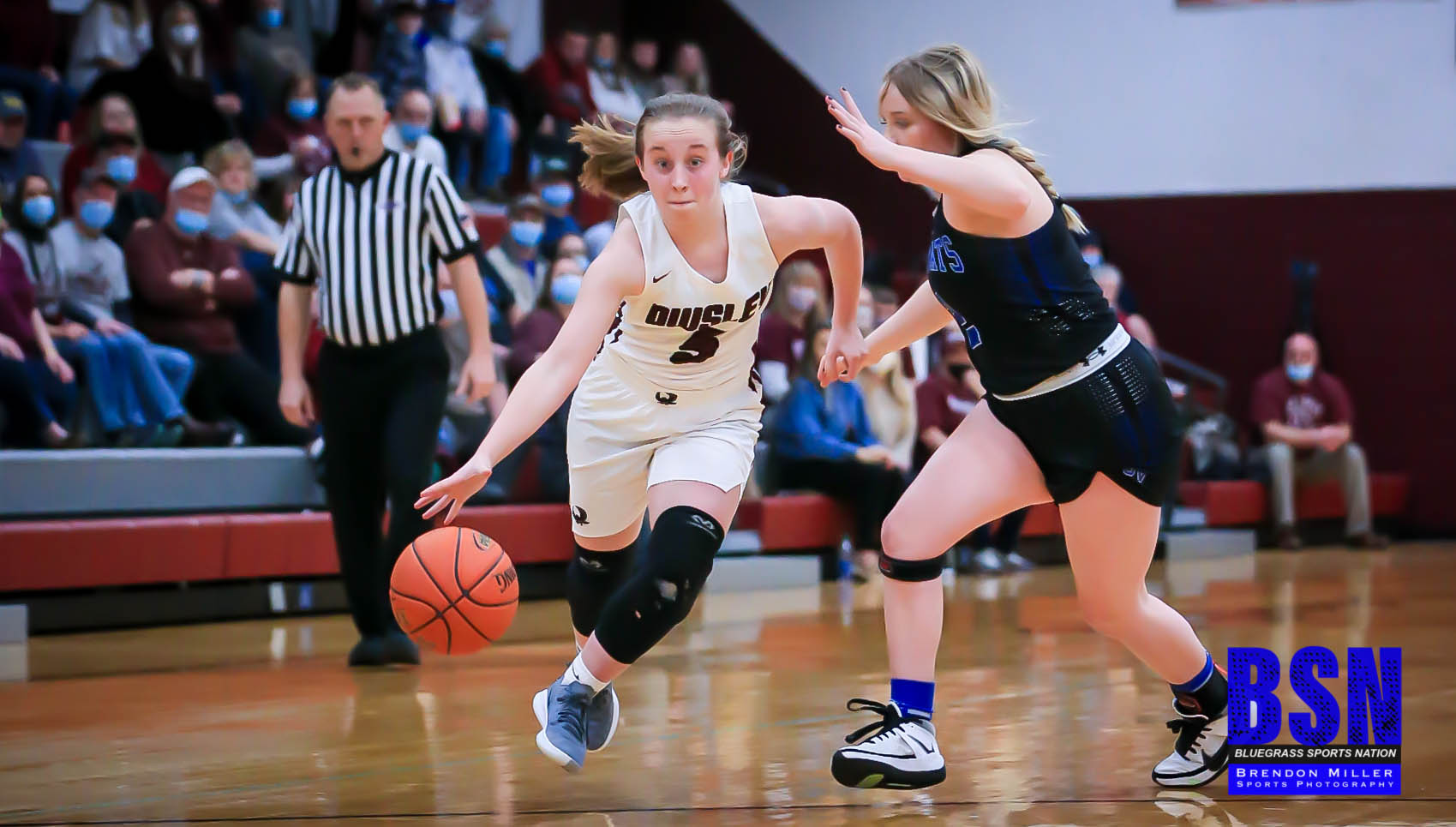 When the original All “A” Classic State Tournament brackets were released, the bracket set up for a potential meeting in the sem-finals between the 14th Region Champions, the Owsley County Lady Owls, and the 15th Region Champion Shelby Valley Lady Cats. With the cancellation of the tournament on Tuesday and then reschedule on Friday, we were given the gift of this high-quality matchup taking place in the first round with one of these two qaulity teams facing early elimination.

The game was Streamed on both BSN Facebook and YouTube. We had some internet problems, so the stream is in two parts:

What we saw as a tight, back and forth matchup that a pressure cooker could not do justice. The teams played to a tie at the first break, and then Shelby Valley taking a four point lead, 28-24 at the half. Owsley made their run in the 3rd Quarter, out-scoring Valley 17-9 and then holding on down the stretch for the 58-54 win and a date with the winner of Pineville and Berea in the Semi-State Round.

1st QUARTER
Valley took and early lead as Kyra Looney knocked down two early 3-pointers for eight in the frame while Laci Johnson had five. Owsley battled back by hitting three 3-pointers with one each from Addison Terry, Carly Smith and Kenzie Herald. Lexy Lynch was 4 of 4 at the line. At the end of the 1st, the score was knotted at 15.

2nd QUARTER
Lady Cat leading scorer Alyssa Elswick had a basket and 3-pointer in the quarter and Looney hit her third 3-pointer. Zoee Johnson came off the bench for three as Valley again built a lead, and held the Lady Owls to nine in the period. Eight-grader Terry hit her second 3-pointer and had five, while Lynch again scored all her points at the line as she was 4 of 5 at the stripe. At the half, Shelby Valley was in the lead by four, 13-9.

3rd QUARTER
Owlsey cranked up the defense in the quarter holding Valley to nine with Freshman Jazzy Meade hitting a 3-pointer and Laci Johnson adding four. Terry was again the star hitting her third and fourth bombs, while adding a transition layup for eight, totalling her 16 for the game. Smith hit her second 3-pointer while Lynch scored her first field goal for two, as well as Herald and Amelia Murray each with a basket. Headed to the 4th, Owsley was in front 41-37.

4th QUARTER
The Lady Owls built the lead up to double-digits at the line hitting 12 of 14 in the period. The Lady Cats made a run with Meade scoring a quick five and Looney hitting her fourth 3-pointer of the night. Smith closed out the game for Owsley making all seven of her free throws for nine in the quarter.

Pineville and Berea are scheduled to play on Thursday with Owsley to play at the winner on a date to be scheduled.