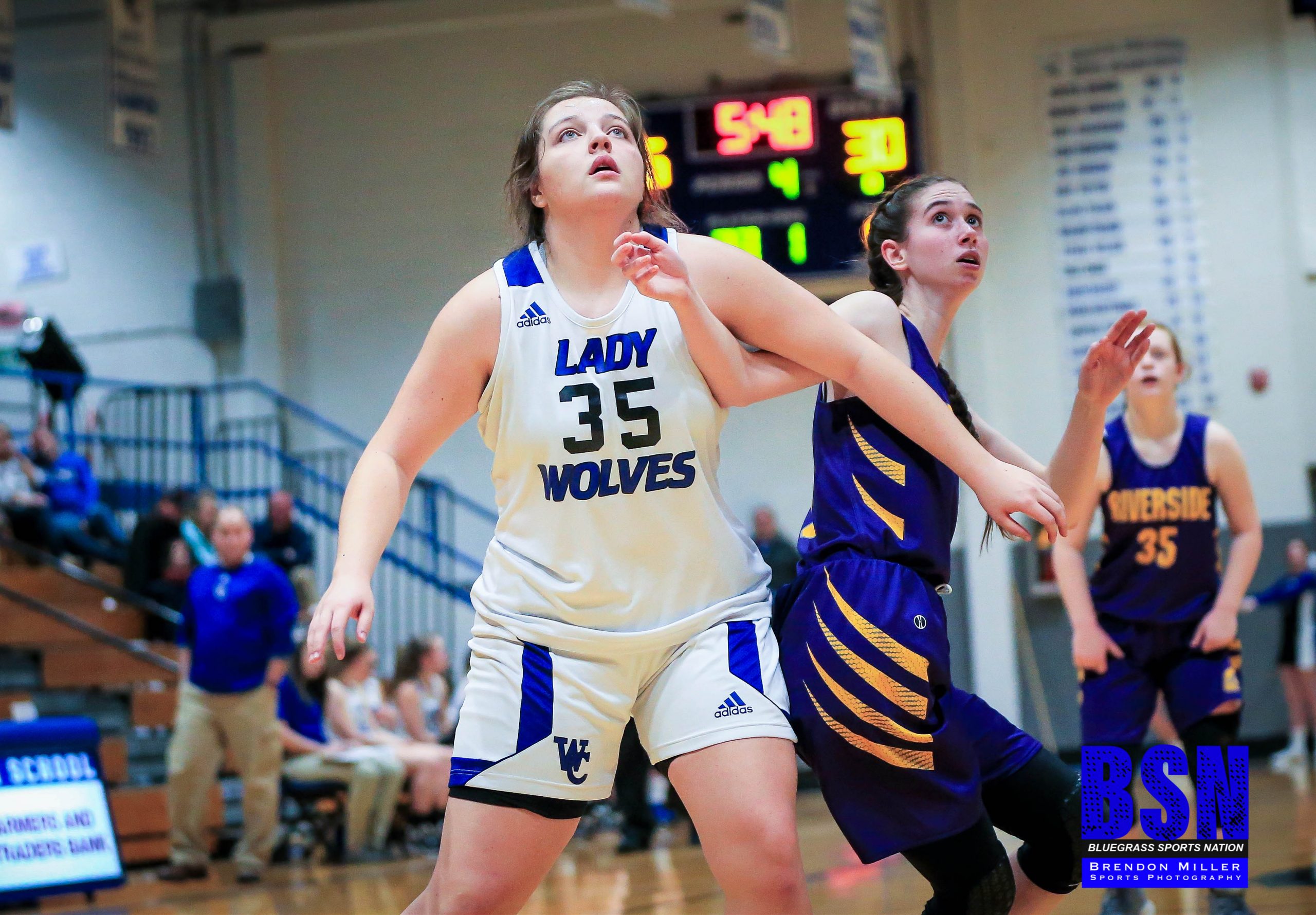 Senior guard Brianna Colwell scored 10 points, while seniors Ally Bailey and Hailey Vance combined to make three 3-pointers for Wolfe County. For the Lady Kats, Kaley White and Hannah Bowling each made a 3-pointer. Lee County was led in scoring by Brooke Phillips who scored four points. At the end of the opening quarter, the Lady Wolves led 21-10.

Five players scored for the Lady Kats, including Phillips who had six points. Bailey, Vance, and Jasmine Banks all scored for Coach Gary Brown’s team. Lee County began the quarter with a 7-0 run. Wolfe County led 29-27 at halftime.

White and Pressley Cundiff each scored four points for the Lady Kats, while Colwell and Vance combined to score 12 points. With one quarter remaining, the Lady Wolves led 41-39.

After two made free throws by Banks, Wolfe County led by four points with 4.8 seconds remaining. Bowling connected on a half court heave at the buzzer, which would have been pivotal if not for Banks’ clutch free throws. Bowling led all scorers with nine points, while Banks scored eight points for the Lady Wolves. The final score was 56-55.