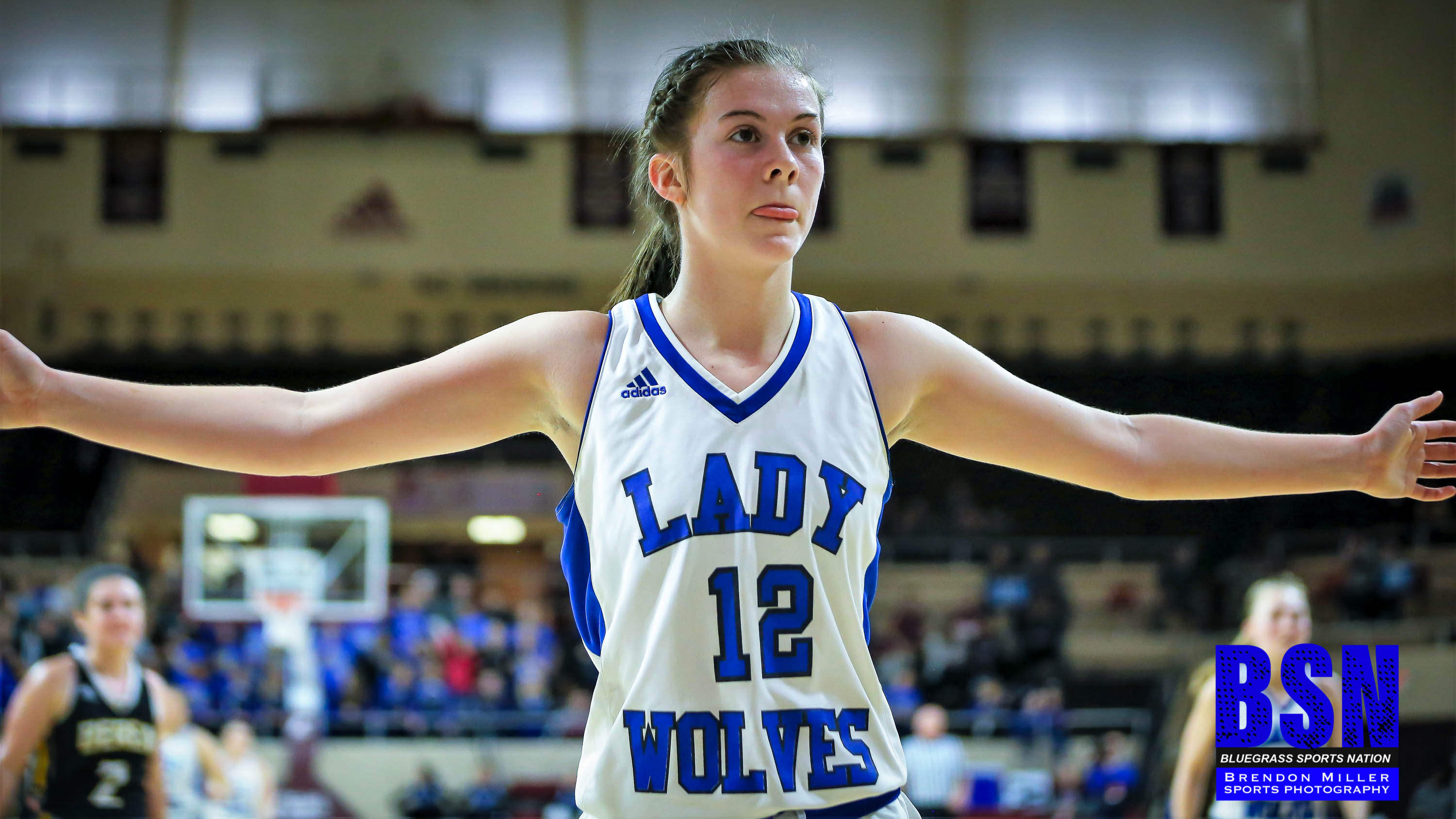 BSN STREAMED THE GAME ON FACEBOOK. You can find the first half here and the second half here.

On Saturday night, the Wolfe County Lady Wolves hosted the Hazard Lady Bulldogs inside Rose Gymnasium. It was a rematch of their All “A” matchup from Jan. 8 which Hazard won 52-44. However, in the rematch, it was the Lady Wolves that would walk away victorious.

Game Summary:
Wolfe County started the game with a 9-1 run which included two 3-pointers from Hailey Smith and one from Hailey Vance. Hazard responded with an 8-3 run. After the first quarter, Wolfe County led 16-11. Hailey Vance led all scorers with eight points in the opening quarter.

The Lady Wolves had a 28-16 lead with two seconds left in the first half, but Hazard’s Hailee Mullins banked in a half-court shot at the buzzer which made the score at halftime 28-19 in favor of Wolfe County.

In the third quarter, Wolfe County outscored Hazard 9-7. Tayler Riley and Madison Neely each scored five points in the quarter which led all scorers. The score was 37-26 in favor of the Lady Wolves entering the fourth quarter.

Wolfe County held a double-digit lead for the majority of the fourth quarter, including a 45-30 lead with 3:20 left in the game. The Lady Wolves wound up getting the victory 53-43. Wolfe County is now 13-5 and Hazard is 9-6.

Important Stats/Info:
Hazard’s Desiree Sturgill did not play in the game and Wolfe County was without Ally Bailey. Beyond this, each team had to play through foul trouble. For Hazard, Tayler Riley was in foul trouble for the majority of the game. Wolfe County had a number of players who had to play through foul trouble, including Hailey Vance who eventually fouled out of the game. Madison Neely and Maggie Creech finished the game with four fouls each.

Wolfe County made six 3-pointers in the first half and finished the game 7-of-14 from 3-point range. The Lady Wolves also went 16-of-18 from the free-throw line.

The Lady Bulldogs had three players score in double digits as Tayler Riley led Hazard with 15 points, while Hayley Caudill and Hailee Mullins each scored 11 points. Caudill recorded a double-double as she also tallied 10 rebounds.

As for Wolfe County, Hailey Smith recorded 16 points which is eight points shy of her season average. Smith also tallied eight rebounds. Brianna Colwell scored 13 points, six of which came in the fourth quarter. Madison Neely recorded a double-double as she tallied 10 points to go along with 12 rebounds.

What’s Next?
Wolfe County’s next game will be against Jackson City on Jan. 21 inside Rose Gymnasium (WCHS). Hazard’s next game is on Jan. 22 at Harlan County.