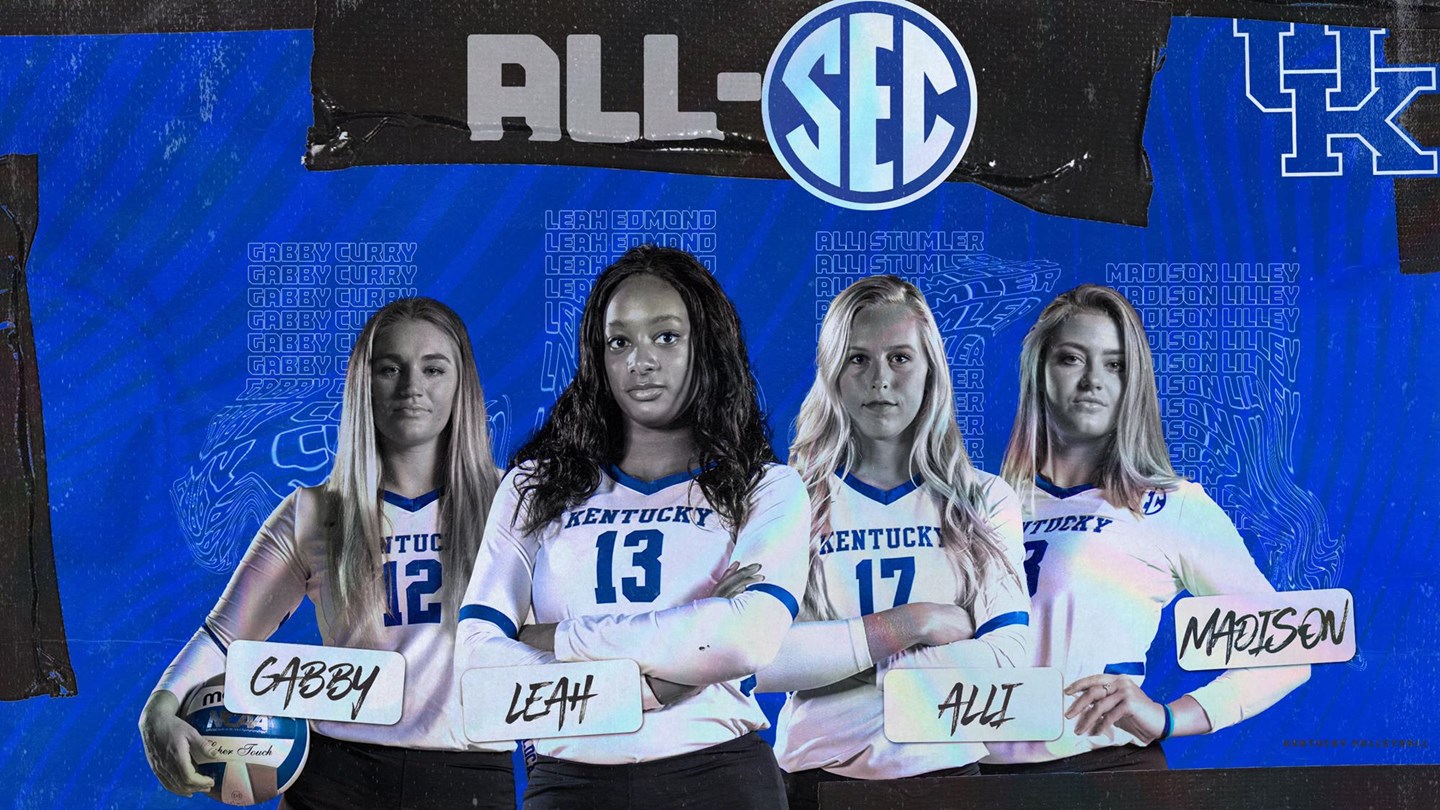 Kentucky, also known as “Libero U”, has now won the SEC Libero of the Year award the last six years dating back to 2014. In that stretch, three different Wildcats have won the award, as Ashley Dusek and Jackie Napper joined Curry in that stretch. Overall, it is Kentucky’s 11th defensive player of the year award and ninth in the past 10 years.

Two-time SEC Setter of the Week and one-time SEC Overall Player of the Week, Madison Lilley, was named to the All-SEC Team for the third time in three years. Lilley was All-SEC in her freshman and sophomore seasons, while also collecting the 2017 SEC Freshman of the Year award in her first campaign as a Wildcat.

Following a career-best year, sophomore outside hitter and reigning SEC Freshman of the Year, Alli Stumler was named All-SEC for the second year running. The Floyds Knobs, Indiana native averaged 3.37 kills per set this season, including setting her career high in kills in two different matches, highlighted by a stellar 27-kill performance at No. 12 Florida two weeks ago.

The 2019 NCAA Tournament Selection Show will be on Sunday night at 8:30 p.m. ET live on ESPNU as Kentucky will find out its path to Pittsburgh for the 2019 NCAA Volleyball Final Four.