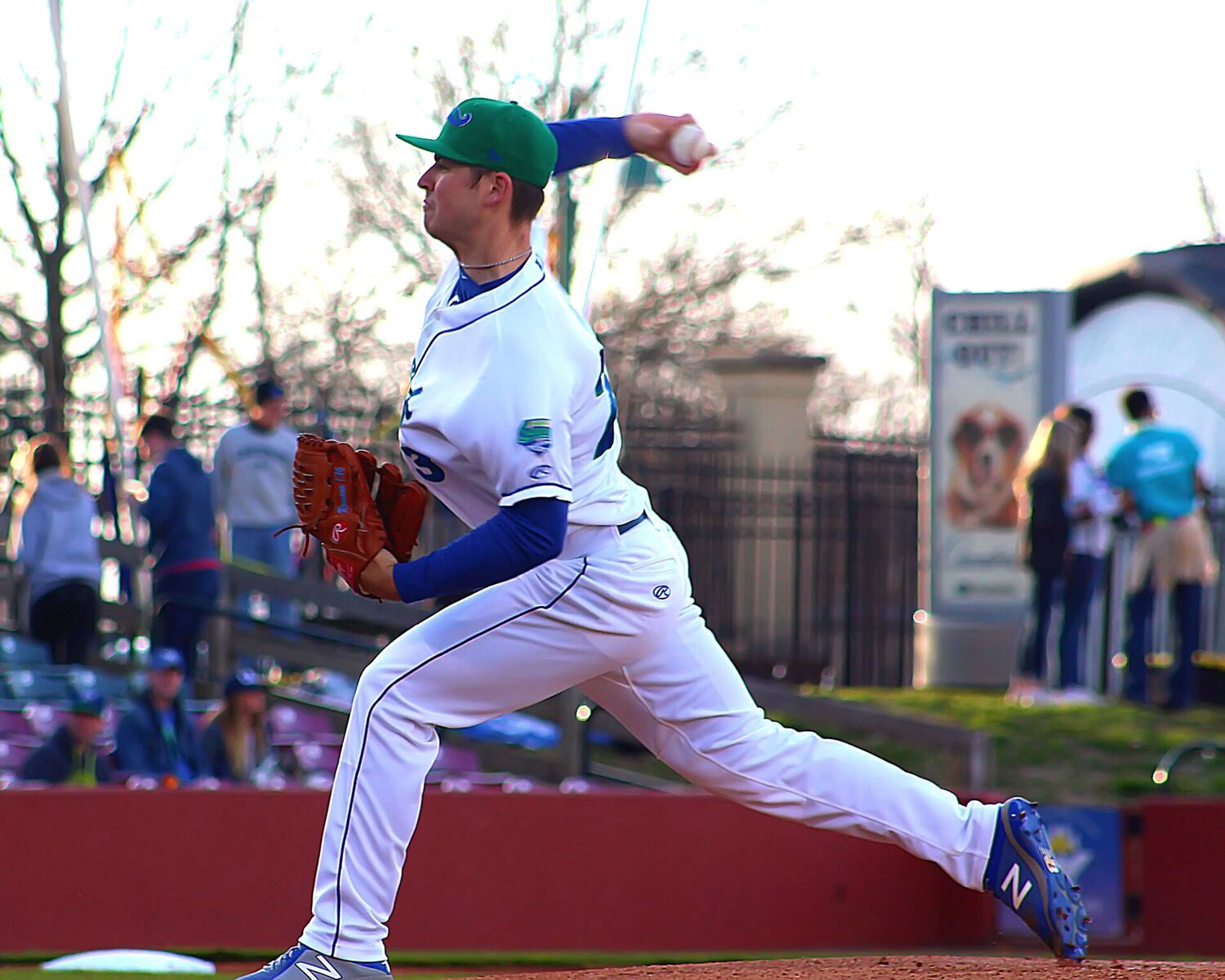 JOSEPH P. RILEY JR PARK (Charleston, SC) – The Lexington Legends were shutout for the second time this season in a 6-0 loss to the Charleston RiverDogs. Nolan Watson (2-2, 6.33 ERA) was given the loss for Lexington, tossing 3.2 innings allowing four runs on eight hits while walking two and striking out two. Garrett Whitlock (2-1, 1.06 ERA) earned the win for Charleston, throwing 7.0 scoreless innings, allowing two hits with 10 strikeouts and one free pass. Whitlock has not allowed a run in his last four starts. Andrew Beckwith pitched 2.1 innings in relief for the Legends, allowing two runs on five hits while striking out one. Julio Pinto threw two shutout innings, allowing one walk and fanning one batter.

The RiverDogs began their scoring spree in the bottom of the first inning. Pablo Olivares ripped a leadoff double to leftfield. Oswaldo Cabrera then was walked by Nolan Watson to put two runners on base. Chris Hess loaded the bases with a single to right field. A wild pitch by Watson allowed Olivares to score, and the RiverDogs took a 1-0 lead.

Another leadoff double for Charleston helped to further extend their lead in the third inning. Steven Sensely hit a ground-rule double on a line drive down the leftfield line. Hess then grounded out to Lexington’s shortstop Jeison Guzman, allowing Sensely advanced to third base. Molina plated Sensely with a fielder’s choice to Guzman who fed it to the second baseman, Matt Morales, and Charleston led, 2-0.

In the bottom of the fourth, Pablo Olivares singled to left field then swiped second base. Another wild pitch by Watson, allowed Olivares to advance to third. An RBI single by Oswaldo Cabrera to centerfield brought home Olivares, extending the RiverDogs’ lead, 3-0. Hess doubled home Cabrera to tack on another run in the bottom of the inning.

Charleston continued scoring in the fifth. David Metzgar led off with double to leftfield then scored on a single by Metzgar, and the RiverDogs led 5-0.

The RiverDogs plated their final run of the game in the sixth inning. Hess doubled down the left field line, then scored on an RBI double to left field by Molina.

The Legends and RiverDogs meet again tomorrow night, May 6 at 5:05 p.m. RHP Nick Nelson (1-1, 3.65 ERA) will start for Charleston and Lexington is TBA.

The Legends, a Class A affiliate of the Kansas City Royals and member of the South Atlantic League, play all home games at Whitaker Bank Ballpark in Lexington, Kentucky. For ticket information, call 859-422-7867 or visit www.lexingtonlegends.com.