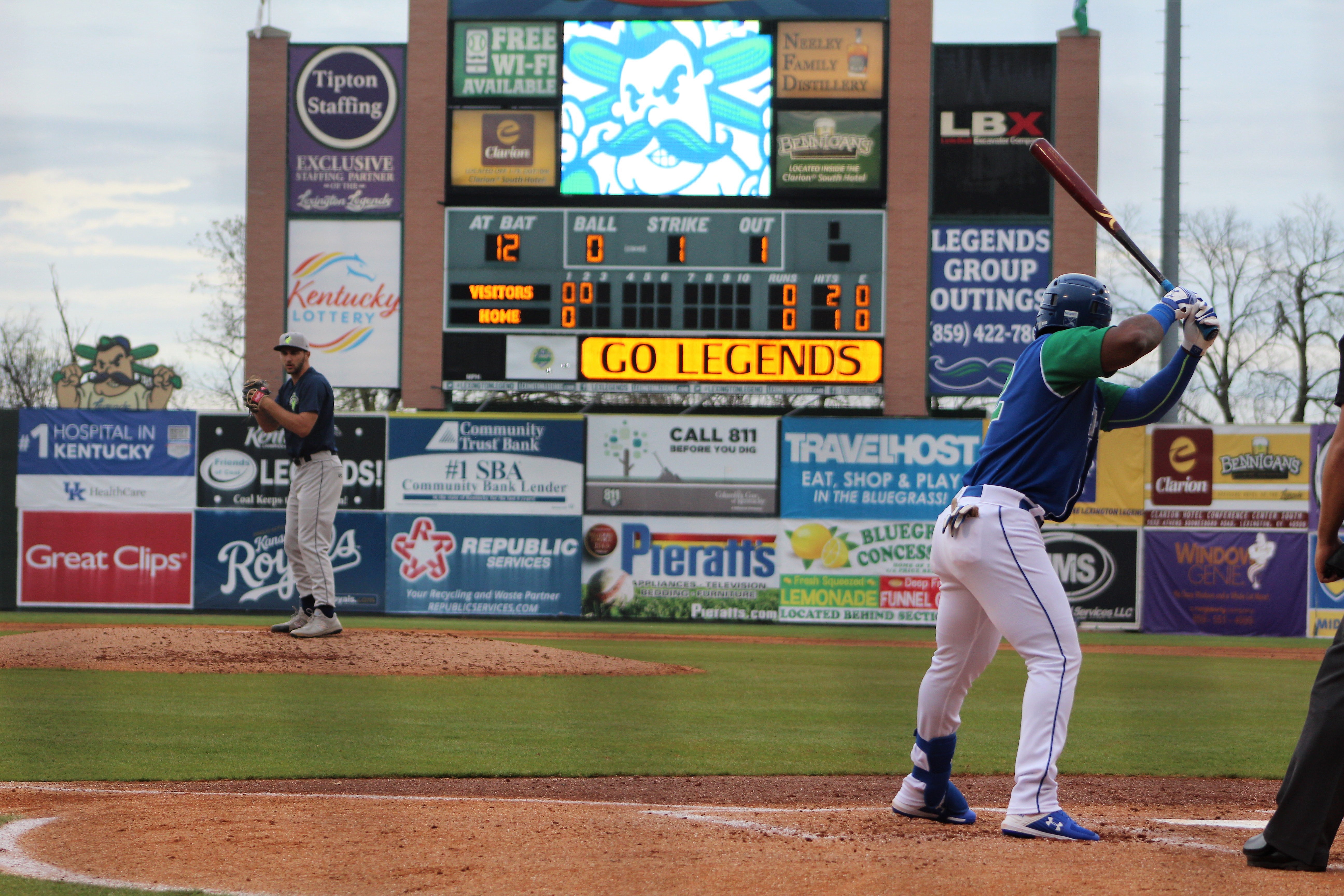 WHITAKER BANK BALLPARK (Lexington, KY) – The Lexington Legends fell to the Columbia Fireflies in the series conclusion, 12-5. Despite the loss, the Legends continue to maintain the top spot in the Southern Division of the South Atlantic League.

Columbia plated their first runs of the game in the top of the first inning. Back-to-back singles by Ronny Mauricio and Walter Rasquin put runners at first and second. Mark Vientos then lined an RBI double to left field and the Fireflies were on the board, 1-0. Juan Uriarte hit a groundball to the shortstop, Matt Morales, who committed a throwing error allowing Rasquin and Vientos to score. The Fireflies led 3-0 after the first inning.

In the top of the second inning, Bradley Marquez drew a lead off walk, then moved to second on a single by Mauricio. Rasquin then grounded out to second base, but Marquez trotted home extending Columbia’s lead 4-0.

Lexington plated their first run of the game in the bottom of the third inning. Jackson Lueck smashed a solo home run 443ft to right field and the Legends were on the board, 4-1.

In the top of the fourth, Marquez lined a leadoff single to left field then moved to second on a walk by Anthony Dirocie. An RBI single by Mauricio brought home Marquez, extending Columbia’s lead 5-1.

The Legends answered in the bottom of the fourth inning. Nathan Eaton deposited a double down the right field line then scored on an RBI single to left field by Juan Carlos Negret and Lexington still trailed 5-2.

Lexington scored for the third straight inning in the bottom of the fifth inning. Rubendy Jaquez hit a leadoff single to right field, then moved to second on a wild pitch. Another wild pitch by Dedniel Nunez allowed Jaquez to score and the Legends continued to trail 5-3.

The Fireflies continued the scoring spree into the seventh inning. Hayden Senger reached on a fielding error by the Legends. An RBI double to right field by Juan Uriarte then brought him home. Sharp then lined a single to left field. Uriarte went on to score on an RBI double to left field by Chandler Avant. Anthony Dirocie scored Sharp and Columbia led 8-3.

In the top of the eighth, Rasquin and Vientos reached on back-to-back singles. Senger then loaded the bases when he was hit by a pitch. Uriarte popped up a sacrifice fly to centerfield, scoring Rasquin. A three-run homer by Sharp cleared the bases and the Fireflies continued to lead 12-3.

In the bottom of the eighth, Michael Gigliotti hit a leadoff double to right field then moved to third on a single by Nathan Eaton. Eric Cole doubled home Gigliotti while moving Eaton to third. Juan Carlos Negret then popped up a sacrifice fly to left field and the Legends continued to trail 12-5.

The Legends now hit the road for the first time in 2019 to face the Hagerstown Suns then the Lakewood Blueclaws.