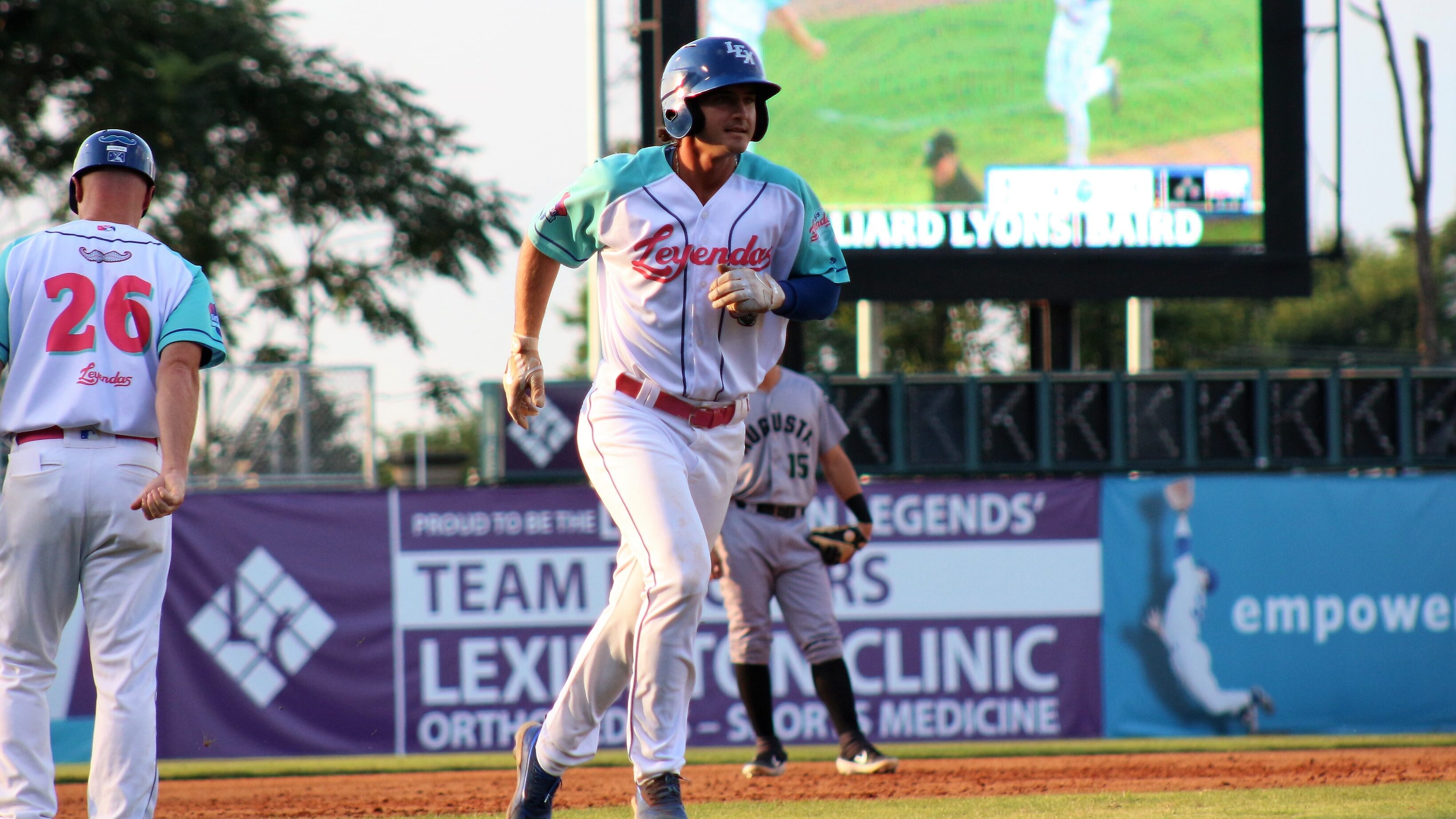 Back-To-Back Home Runs Not Enough in Game One

Despite back-to-back home runs by the Lexington Legends in the second inning, the Augusta GreenJackets took game one 4-3.

The GreenJackets got to scoring early. In the top of the first inning, Simon Whiteman hit a groundball down the third base side. Third baseman, Nate Eaton, committed an error on the throw and Whiteman advanced to second base. Francisco Tostado then singled to right field, moving Whiteman to third. Whiteman scored on a wild pitch by Bryce Hensley. Jacob Gonzalez drew a walk, putting two runners on the base path. A two run single by Jose Layer extended Augusta’s lead, 3-0. Tyler Flores then lined a single to right field scoring Layer and the Legends trailed, 4-0.

Lexington’s Chris Hudgins and Reed Rohlman then went back-to-back with homers in the in bottom of the second inning pulling within two runs, 4-2.

The Legends and GreenJackets meet again tomorrow night at 6:35pm for game two. RHP Yohanse Morel will be on the bump for Lexington to face Augusta’s RHP Adam Oller.