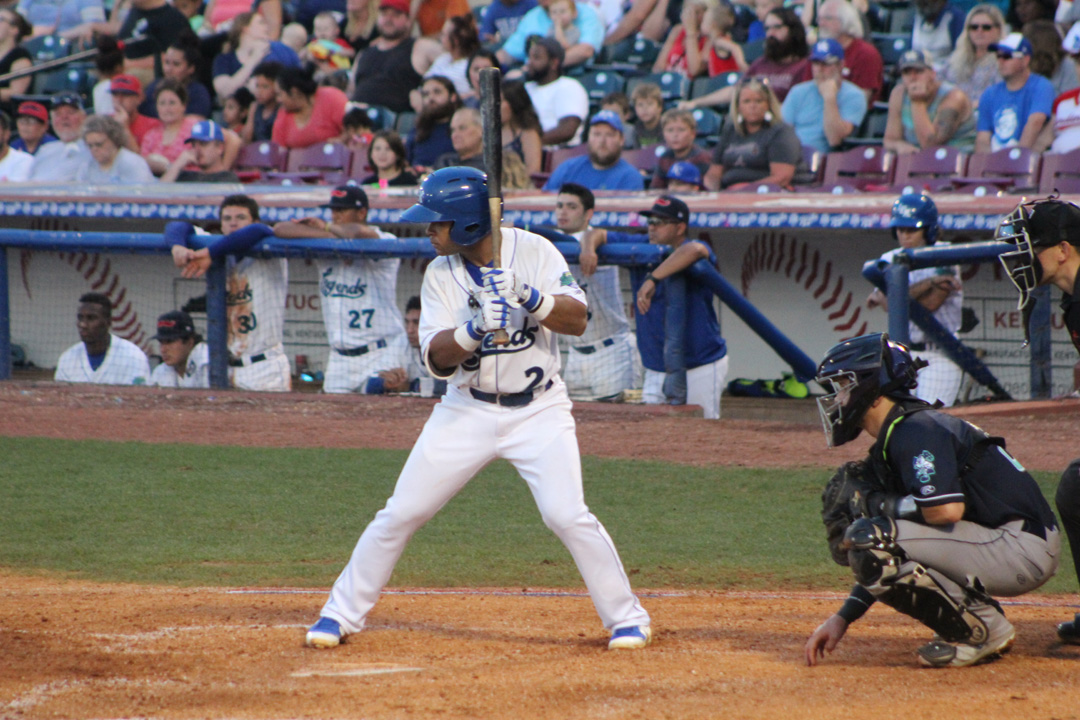 FIRSTENERGY PARK (Lakewood, NJ) – The Lexington Legends took the series with a 5-1 victory over the Lakewood Blueclaws. The Legends remain in first place of the Southern Division of the South

Atlantic League, but now share the top spot with the Greenville Drive.

The Blueclaws plated their first run in the bottom of the fifth inning. Dalton Guthrie hit a line drive to left fielder, Marten Gasparini, who committed a fielding error, allowing Guthrie to reach second base. Jose Antequera then moved Guthrie to third base on a sacrifice bunt. Matt Vierling singled home Guthrie and Lakewood led 1-0.

The Legends answered in the top of the sixth inning. Ricky Aracena lined a single back to the pitcher, Julian Garcia then Kyle Isbel drew a walk. Cristian Perez loaded the bases with a bunt single. MJ Melendez then popped up a sacrifice fly to right field, allowing Aracena to score and the game was tied 1-1.

Lexington took the lead for the first time in the top of the seventh inning. Jeison Guzman drew a leadoff walk then swiped second base. With Cal Jones at the plate, Lakewood’s pitcher committed a throwing error, allowing Guzman to reach third. Jones then hit a sacrifice fly to center field, plating Guzman and the Legends led 2-1.

The Legends continued to score in the top of the ninth inning. Manny Olloque blasted a solo homer to left field. Guzman then doubled to left field and advanced to third on a wild pitch. Jones then grounded out to the shortstop, allowing Guzman to score, extending Lexington’s lead 4-1. Carlos Diaz then singled to right field and moved to second on a fielding error by Lakewood’s right fielder. Aracena then smacked an RBI single to left field and the Legends held onto the 5-1 victory.

The Legends have a scheduled off day tomorrow, August 6 then are back in action at Whitaker Bank Ballpark on August 7 at 7:05 p.m. facing the Asheville Tourists.