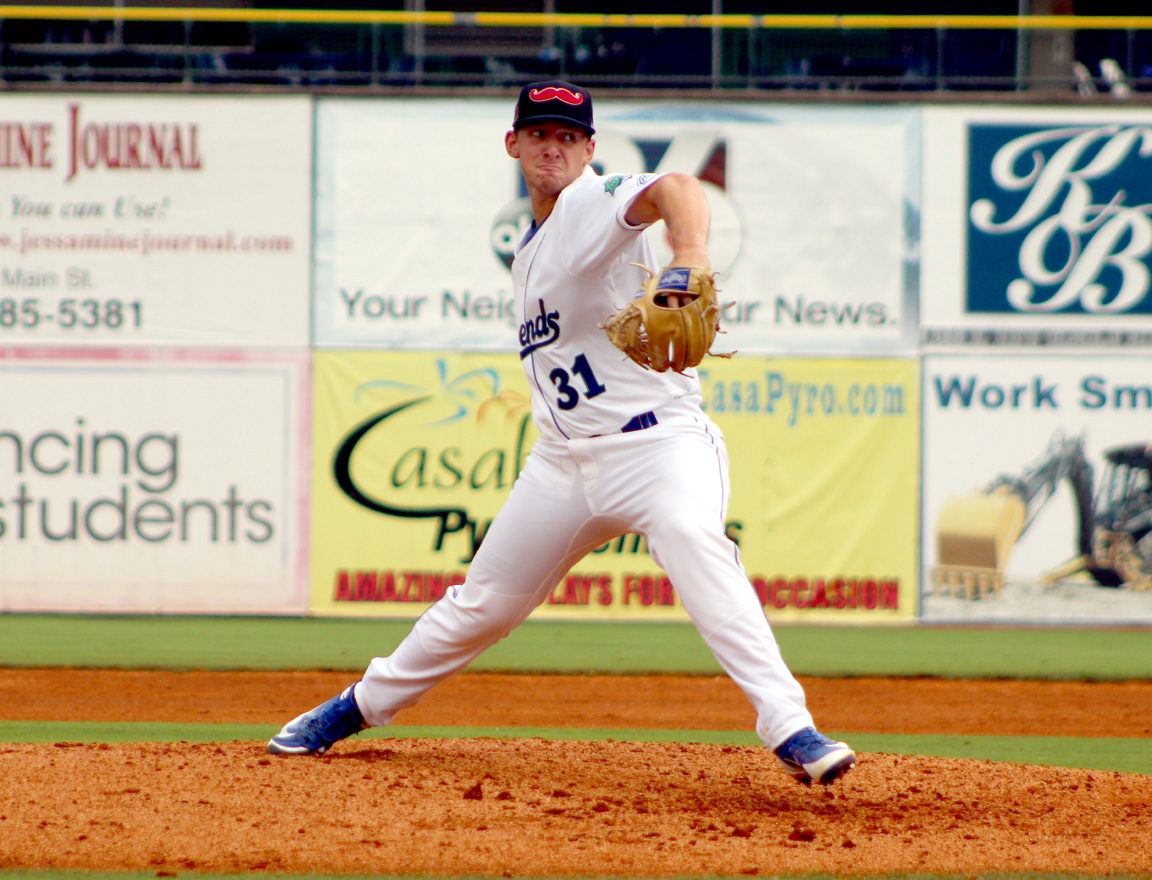 WHITAKER BANK BALLPARK (Lexington, KY) – It was a pitcher’s duel that propelled the game into extra innings between the Lexington Legends and Asheville Tourists. The Legends walked it off in the bottom of the tenth inning, courtesy of an RBI double by Cal Jones and Lexington took game two, 2-1.

After nine scoreless innings, the Tourists scored their first run of the game in the top of the tenth. Austin Bernard was placed at second as the Pace of Play runner and advanced to third on a sacrifice bunt by Tyler Bugner. Bernard then scored on a wild pitch by Danny Hrbek and the Tourists led 1-0.

The Legends then went on to hit the walk off win in the bottom of the inning. Cristian Perez was the pace of play runner and scored on an RBI double to deep right centerfield by Marten Gasparini. With Gasparini at second, Cal Jones lined an RBI double to right field, scoring Gasparini and putting the Legends ahead of the Tourists, 2-1. This his Jones’ second walk off hit of the season, with his last on May 15 against the Greenville Drive.

Hrbek was awarded the win for the Legends tossing 1.0 innings allowing one run (unearned). Robert Tyler was given the loss after giving up the two runs in the bottom of the tenth inning. Charlie Neuweiler made his Legends debut, pitching 5.0 shutout innings allowing three hits while walking three and striking out four.

The Legends and Tourists meet again tomorrow, July 2 at 7:05 p.m. Lexington will send RHP Andres Sotillet (5-4, 4.01 ERA) to face Asheville’s RHP Erick Julio (3-1, 4.06 ERA). Our Fourth of July festivities kick off a little early this year with #MuricaNight! We will celebrate the red, white and blue with a mini American Flag giveaway and a night full of everything that makes #Murica such a wonderful place! Members Heritage Credit Union members will receive a free box ticket for the game by showing their card at the box office.