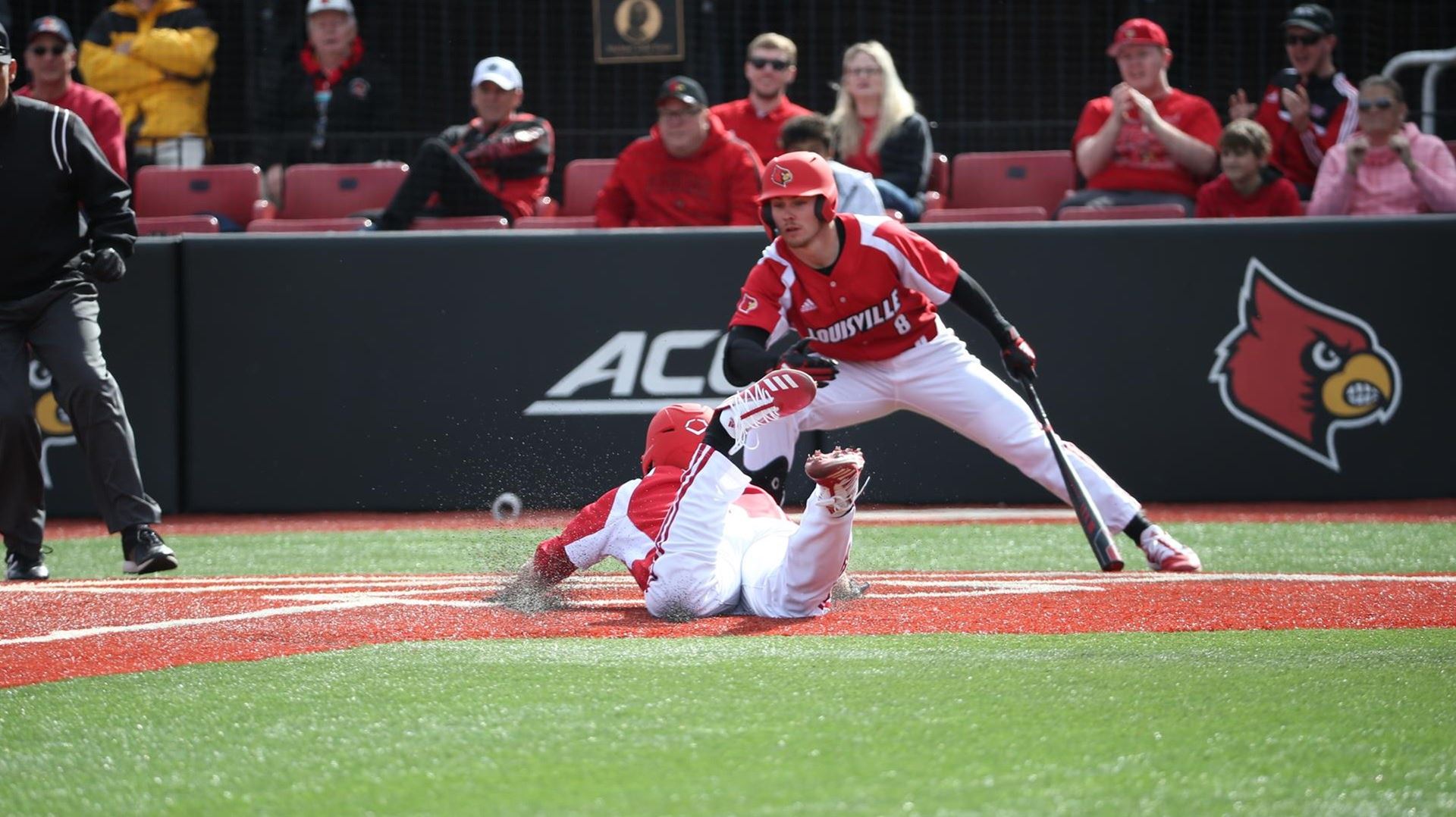 The Cardinals tallied a season-best 14 runs and 16 hits in the win.

Behind a season-best offensive performance, the top-ranked University of Louisville baseball team finished off a weekend sweep of Valparaiso with a 14-10 win on Sunday at Jim Patterson Stadium.

Louisville (4-3) recorded season-highs in runs (14) and hits (16) on Sunday led by three-hit performances from Ben Metzinger, Henry Davis and Jared Poland. Danny Oriente and Levi Usher each had a pair of hits, with Oriente and Justin Lavey driving in three apiece.

For the second consecutive day, Valparaiso (1-5) found the scoreboard first. The Crusaders cashed in a Louisville error for a run in the first and added a second on a solo home run one inning later.

The Cardinals answered back with two of their own in their half of the second, with Poland tying the game up with a run-scoring single to centerfield. However, Valpo turned another UofL miscue into a run in the third to edge back in front.

Oriente knotted the game up at three with a sac fly in the third and Poland pushed the Cardinals in front with a double that scored Usher from first in the fourth. Louisville added two more in the fifth on singles from Oriente and Davis that pushed the margin to 6-3.

After Valparaiso crawled back within one, the Cardinals poured in eight straight runs over the sixth and seventh innings. Usher and Lavey had consecutive two-run doubles in the sixth and Dalton Rushing rocketed a ball to the wall in left-centerfield for a two-run double of his own in the seventh.

Luke Smith (1-0) picked up the victory, allowing three earned runs in 5.1 innings. Freshman Evan Webster followed out of the bullpen and picked up a pair of huge strikeouts with the bases loaded to keep the Cardinals in the lead in the sixth. Webster finished with two scoreless innings and three strikeouts.

Louisville will play host to Xavier on Tuesday at Jim Patterson Stadium. First pitch is scheduled for 3 p.m., ET.