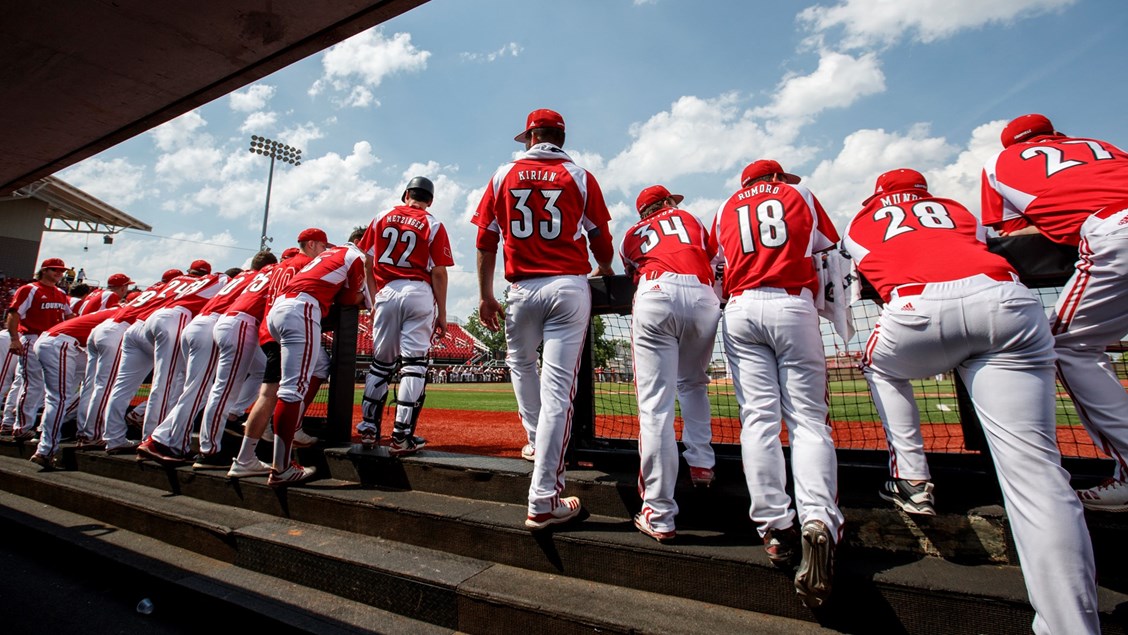 The Cardinals and Rebels will wrap up the series Sunday at 1 p.m., ET.

OXFORD, Miss. – The opening series of the season for the top-ranked University of Louisville baseball team is even at one after the Cardinals were defeated 8-6 by No. 18 Ole Miss on Saturday.

Ole Miss (1-1) struck for three runs in the seventh inning to break a 5-all tie and held off a late Louisville rally in the ninth inning to clinch the victory.

The Rebels jumped on the board first in the bottom of the opening inning, plating three runs just four batters into the game.

Louisville (1-1) started to chip away though. Zach Britton and Henry Davis combined for back-to-back doubles to start the second inning to plate UofL’s first run. The duo was at it again two innings later, with Britton tripling up against the centerfield wall and Davis following with a double to right to make it a one-run game.

The Cardinals leveled the game at three apiece in the fifth, as Andrew Benefield singled home Levi Usher with two outs in his first collegiate at-bat.

Ole Miss took the lead back on a run-scoring double in the bottom half of the fifth, but Louisville had an answer again. Dalton Rushing doubled off the left-centerfield wall and Justin Lavey singled home pinch-runner Chris Seng to knot it up at four.

A solo homer gave the Rebels the lead back, but only for a short time, with Benefield locking the game up at five apiece with a sacrifice fly in the seventh.

Ole Miss got the three runs in the seventh and took an 8-5 lead into the final inning. With one away, Danny Oriente launched his first home run of the season into the berm in left field to cut the deficit to just two. A double from Benefield and walk to Zach Britton put the tying runs on base with only one out, but the Cardinals were unable to cash in and took their first defeat of the season.

Bobby Miller received a no-decision after allowing three runs in four innings of work in his first start. Michael Prosecky and Evan Webster each made their collegiate debuts for the Cardinals, with Webster tossing a scoreless eighth.

Benefield. Britton and Davis each had two hits to lead the 12-hit offensive attack. Eight of nine starters picked up a hit, including the first collegiate hits for Benefield, Rushing and Tim Borden II.

Louisville and Ole Miss will play the rubber game of the weekend series on Sunday with first pitch scheduled for 1 p.m., ET.