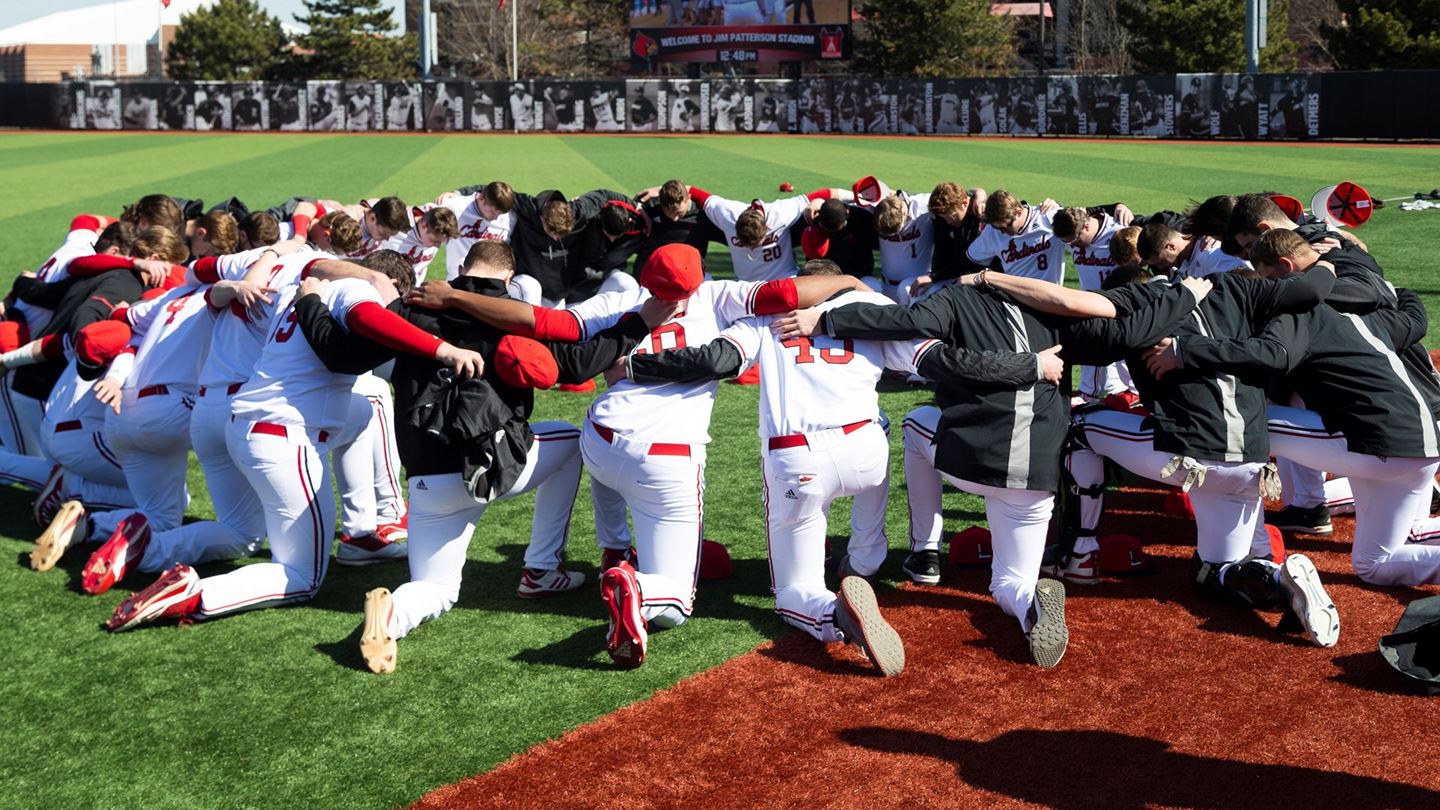 The three-game series will now start at 2 p.m., ET, on Friday at Jim Patterson Stadium.

LOUISVILLE, Ky. – The second-ranked University of Louisville baseball team will take on Western Michigan in a three-game series at Jim Patterson Stadium starting on Friday with first pitch scheduled for 2 p.m., ET. The series continues on Saturday and Sunday, with both games scheduled for 1 p.m., ET. All three games will be televised on ACC Network Extra, with radio coverage on 1450 WXVW Friday and 93.9 the Ville Saturday and Sunday.

ABOUT THE CARDINALS
The Cardinals captured their fourth straight win, coming from behind to defeat Xavier 8-5 on Tuesday. Louisville trailed 5-2 entering the seventh inning before plating two runs in the seventh and four more in the eighth to complete the comeback. Ben Metzinger led the way with three hits, while Danny Oriente drove in four runs.

The Louisville offense has busted loose over the last two games, plating 22 runs on 31 hits over that stretch. The Cardinals collected a season-high 16 hits in Sunday’s win over Valparaiso and followed it up with 15 more in the victory Tuesday.

SERIES HISTORY
Western Michigan has dominated the all-time series with Louisville, winning 22 of 27 matchups. The Broncos were 21-1 against UofL from 1971-81, but the Cardinals have won four of the five games between the two this century. The last meeting was a 6-1 victory for the Cards in the opening game of the 2016 NCAA Regional.

·        The Louisville offense has been a doubles machine through the first two weeks, ranking third in the country with 26. Henry Davis ranks top-10 nationally with five, while Justin Lavey and Zach Britton have four apiece.

·        The Cardinals finished the 2019 season ranked sixth nationally in strikeouts per game and are on their way there again in 2020. Through eight games, UofL pitchers are striking out 13.2 batters per game, the third-best mark in Division I.

·        UofL is 38-1 over the last four-plus seasons in its non-conference home series, with the lone loss coming against Indiana State in 2018. The Cardinals swept Brown, James Madison and Alabama A&M at home last season.

·        Reid Detmers recorded his 10th career double-digit strikeout effort with 14 last week against Valparaiso. Detmers is already fourth overall on Louisville’s career strikeout list with 259 and is 132 behind Brendan McKay’s all-time mark. With the win over Valparaiso, Detmers is now tied for 10th in UofL history with 19 career victories. The Chatham, Ill., native has been dominant on his home mound the last two seasons going 9-2 with a 1.33 ERA and 125 strikeouts in 74.1 innings.

·        Michael Kirian has locked down four of Louisville’s five victories this season, tying him for the national lead in saves. The southpaw has allowed just two baserunners in his four appearances in 2020. Since the start of the 2019 season, Kirian has a 1.49 ERA in 36.1 innings with 50 strikeouts and just nine walks.

·        Adam Elliott has appeared in five of Louisville’s first eight games this season. The Louisville native holds a career ERA of 1.95, which would rank third in the program’s history and is just 11 appearances away from moving into the top 10 all-time.

·        Danny Oriente has come through in the clutch countless times for the Cards, including the last two games during which he has driven in seven runs. Oriente is a career .377 hitter with runners on base and is mashing at a .424 clip with runners in scoring position over the last two seasons.

·        Levi Usher has been one of the hottest hitters for the Cardinals over the last week. After starting the season 1-for-5, the sophomore is 8-for-18 over the last five games with multiple hits in four of those. Usher has also stolen six bases during that stretch and is currently tied for the ACC lead on the basepaths.

·        Ben Metzinger has tallied six hits in the last two games for the Cardinals, upping his batting average to .500 (7-for-14) on the young season. The Louisville native has two of UofL’s four three-hit games in 2020.