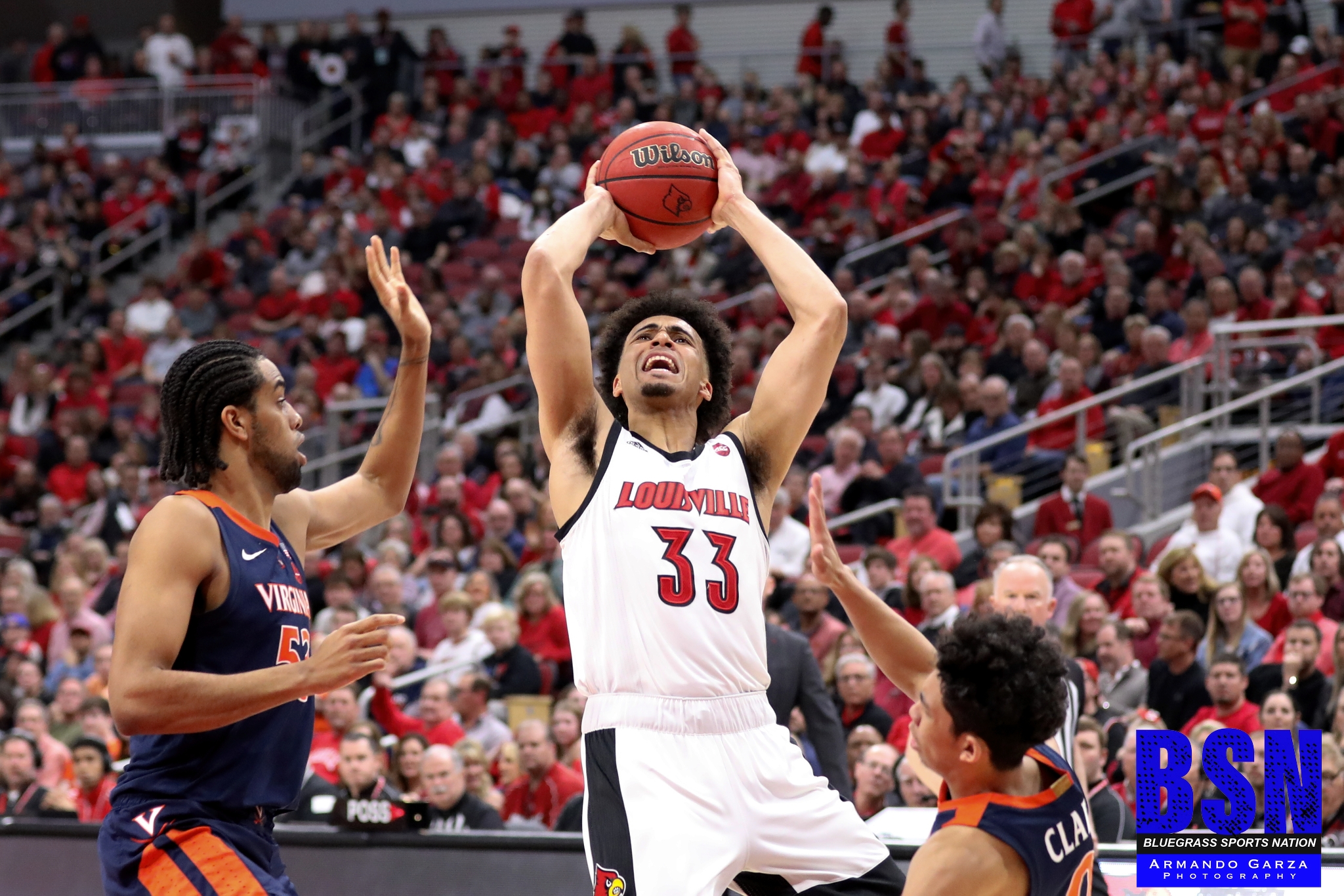 LOS ANGELES, Ca. — University of Louisville forward Jordan Nwora has gained inclusion on the 2020 Men’s National Ballot for the John R. Wooden Award® presented by Wendy’s®, as announced today by the Los Angeles Athletic Club. Selected by the Wooden Award National Advisory Board, the National Ballot consists of 15 student-athletes who are candidates for the Wooden Award All American Team and Wooden Award Trophy as the most outstanding college basketball player in the United States.

The preseason ACC Player of the Year and preseason first team AP All-America selection, Nwora is the only player to rank among the ACC’s top ten in scoring (18.0 ppg, second in the ACC), rebounding (7.4, 8th), free throw percentage (.810, fourth), field goal percentage (.443, 7th) and three-pointers made per game (2.4, 4th).  Nwora has scored in double figures in 26 games this season and on 66 occasions in his career.  His 20 points and 12 rebounds against Virginia Tech on March 1 in his last game marked his sixth double-double of the season and 15th of his career.

Nwora scored a career-high 37 points at Boston College, tied for the seventh-most ever scored at Louisville.  His 1,276 points to date in three seasons ranks 35th in career scoring at UofL.  He was named to the 2020 CoSIDA District 2 Academic All-District basketball team and is on target to graduate this summer in three years with a degree in exercise science.  He earned his third straight All-ACC Academic Men’s Basketball Team selection on Thursday.

Voting will take place from March 16-23, and voters take into consideration a player’s entire season of play, as well as the opening rounds of the NCAA Tournament.

The Wooden Award All American Team, consisting of the nation’s top five players and the finalists for the Wooden Award, which is widely considered the most prestigious honor in college basketball, will be announced following the “Elite Eight” round of the NCAA Tournament and will be the focus of a 30-minute show on April 3 on ESPNU at 6:30 p.m. ET.

The 44th annual presentation of the John R. Wooden Award to the men’s and women’s most outstanding college basketball player will be the anchor presentation of the ESPN College Basketball Awards Presented by Wendy’s on ESPN2 on Friday, April 10, 2020. The men’s and women’s John R. Wooden Award All American Team will be honored during the ceremony, and the 2020 Wooden Award Legends of Coaching Trophy will be presented to C. Vivian Stringer, Head Women’s Basketball Coach at Rutgers.

About the John R. Wooden Award

Created in 1976, the John R. Wooden Award Program hosts the most prestigious honors in college basketball recognizing The Wooden Award Most Outstanding Player for men and women, The

Wooden Award All American Teams for men and women and the annual selection of the Wooden Award Legend of Coaching recipient. Honorees have proven to their university that they meet or exceed the qualifications of the John R. Wooden Award as set forth by Coach Wooden and the Wooden Award Steering Committee, including making progress towards graduation and maintaining at least a 2.0 cumulative GPA. Previous winners include Larry Bird (’79), Michael Jordan (’84), Tim Duncan (’97), Kevin Durant (’07), Candace Parker (’07; ’08), Maya Moore (’09; ’11), Chiney Ogwumike (’14), and last year’s recipients, Sabrina Ionescu of Oregon and Zion Williamson of Duke.