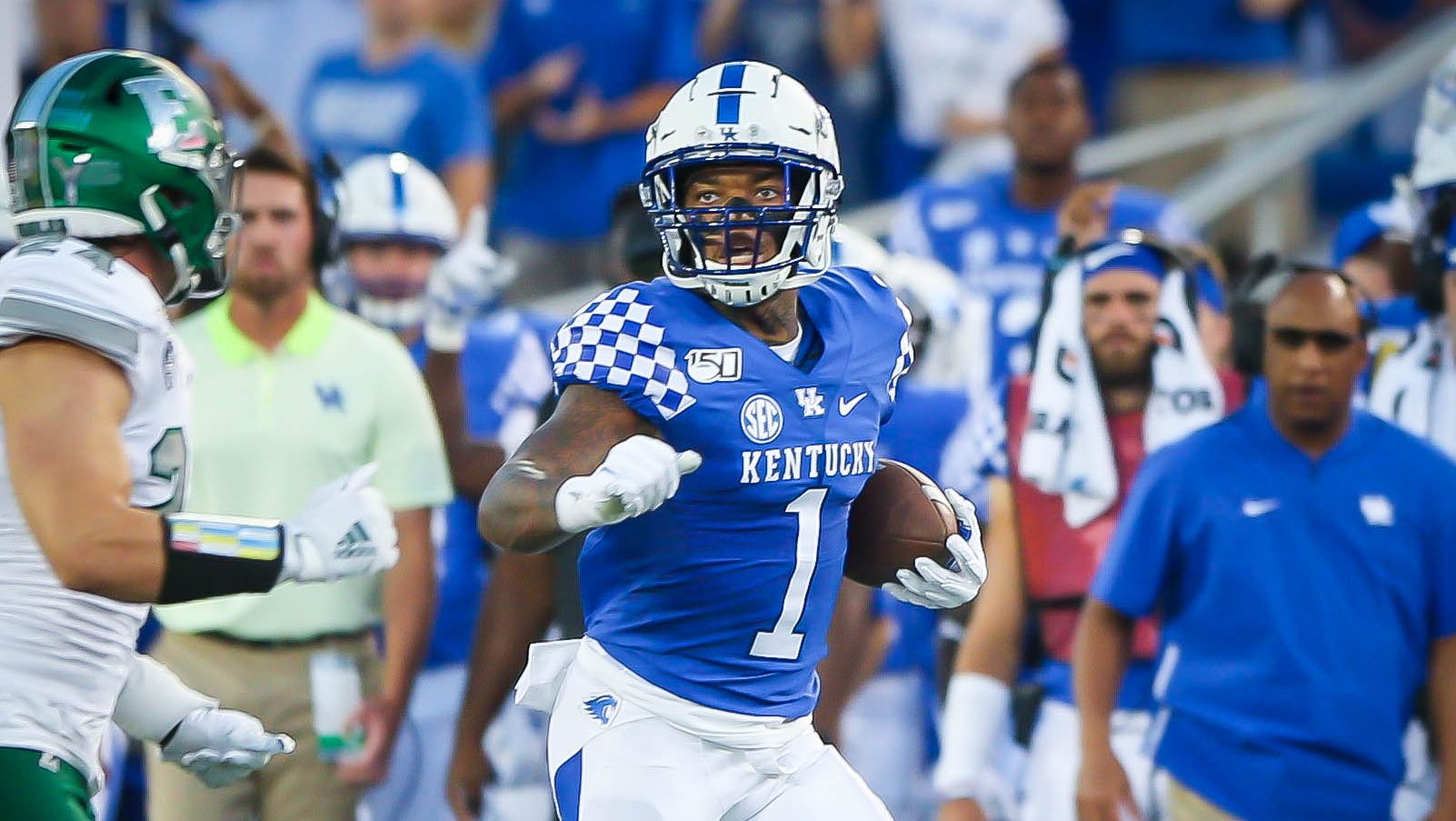 Bowden, from Youngstown, Ohio, caught seven passes for 54 yards and one touchdown in UK’s 38-17 win over Eastern Michigan on Saturday.  He became the first UK player with at least six receptions in each of the first two games since Randall Cobb in 2009. He now has 1,086 career receiving yards which ranks 27th on the UK career receiving yardage list.

He also threw a 32-yard completion to Terry Wilson that set up Kavosiey Smoke’s first-quarter touchdown run.  Bowden has completed 4-of-6 passes for 124 yards during his career.