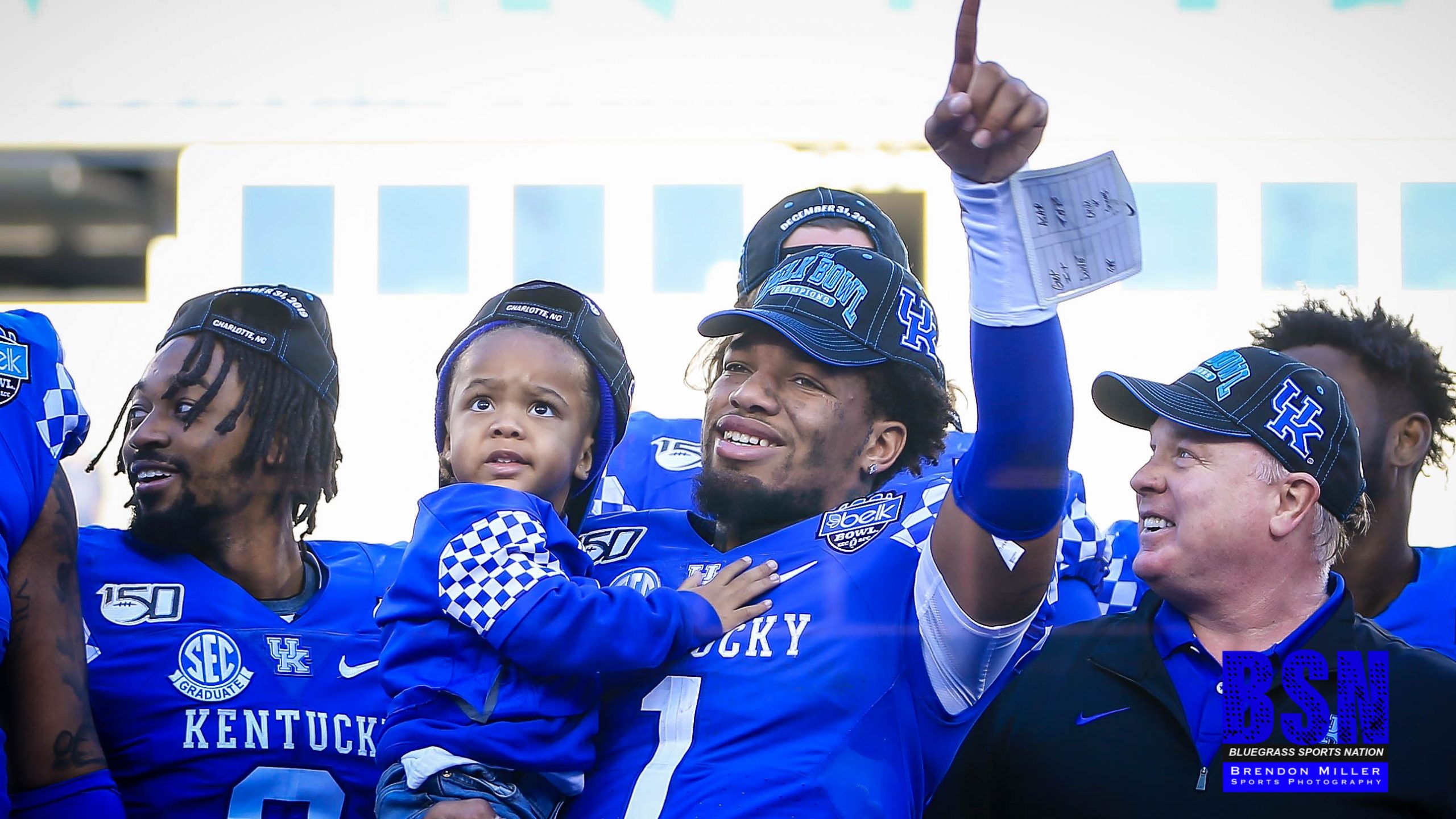 LEXINGTON, Ky. –– Kentucky junior Lynn Bowden Jr. (pronounced BO-den, with a long O sound) was chosen in the third round by the Las Vegas Raiders as the 80th overall pick in the 2020 National Football League Draft on Friday.

Bowden, the winner of the Paul Hornung Award for the nation’s most versatile player, etched his name into program lore this season after injuries at quarterback forced him to return to the position for the first time since high school. All the junior did was set a school record for career and single-season rushing yards by a quarterback, break the SEC’s single-game rushing mark by a quarterback, turn in the second-highest single-game rushing total in UK history, highest single-season yards per rush attempt average and deliver at least 100 rushing yards in seven of his eight starts at quarterback (and miss an eighth by a single yard vs. Georgia). Languishing with a 2-3 record before his change of position, the Wildcats won six of his eight starts at quarterback while advancing to a fourth-straight bowl game and re-writing the school’s record books for rushing production.

The Youngstown, Ohio native rushed 185 times for 1,468 yards and 13 touchdowns in the 2019 season. He averaged 7.9 yards per rushing attempt, breaking Stanley “Boom” Williams’ record of 7.1 per attempt in 2015. Playing the first five games of the season at wide receiver, he caught 30 passes for 348 yards and one touchdown. As a QB, he completed 35 of 74 passes for 403 yards and three TDs. He averaged 24.4 yards on kickoff returns and 13.2 yards on punt returns.

Bowden’s last game at Kentucky was one for the ages.  Against Virginia Tech in the Belk Bowl, he rushed 34 times for 233 yards, an NCAA bowl record for most rushing yards by a quarterback, and two touchdowns.  Trailing 30-24 with 8:25 remaining, he willed his team 85 yards in 18 plays – 15 of which were runs or passes by Bowden – and took 8:10 off the clock before throwing a 13-yard touchdown pass with 15 seconds left that proved to be the game-winning score.  A defensive score on the game’s final play put the icing on a 37-30 Wildcat win.

Bowden blossomed as a wide receiver during his sophomore season in 2018, catching 67 passes for 745 yards and three touchdowns. He returned only five punts during the season, but two of them were touchdowns, including a 58-yarder in the Citrus Bowl win over Penn State and a 67-yard jaunt during a miraculous comeback win at Missouri.  He helped lead Kentucky to a 10-3 record that was the Wildcats’ best mark in 41 years (1977).