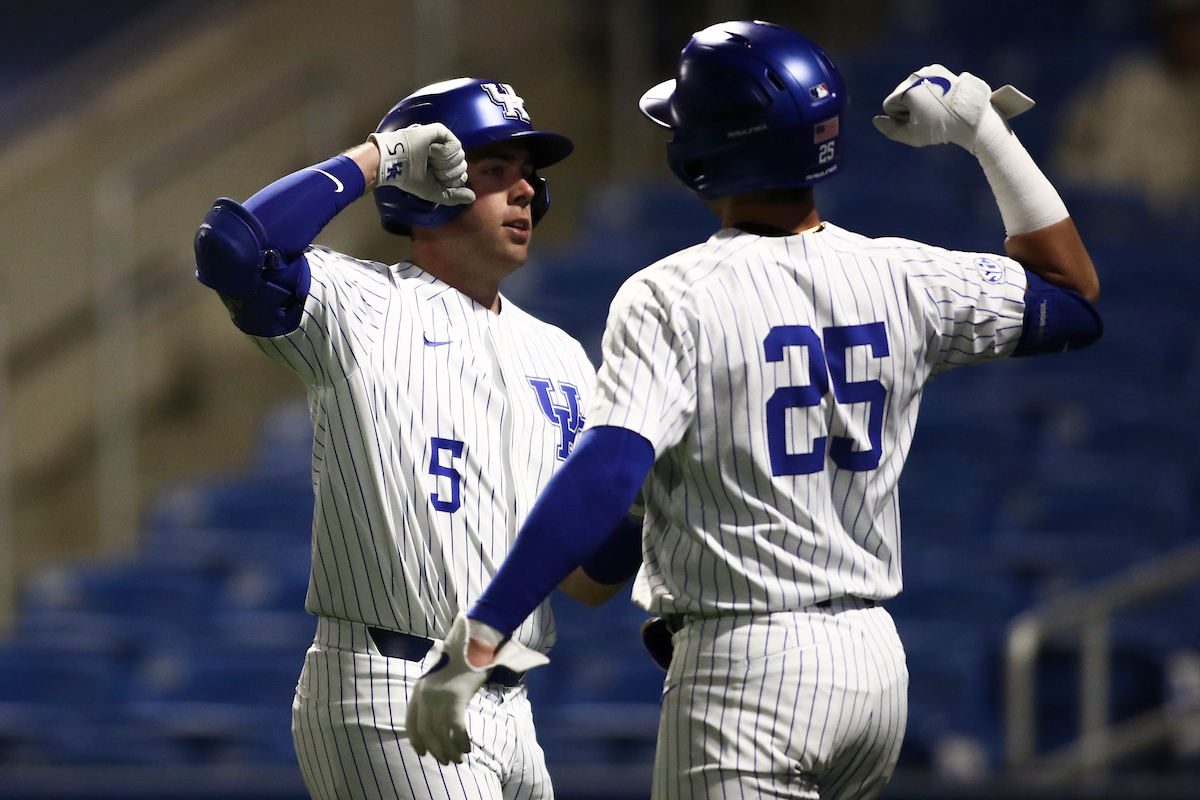 Senior T.J. Collett drove in seven runs on the day and 13 for the week

T.J. Collett blasted two doubles, a home run and drove in seven runs as Kentucky outscored Oakland 24-8 in a doubleheader sweep on Sunday at Kentucky Proud Park. The Wildcats improved to 10-3 on their 14-game homestand that will end Tuesday night against Western Kentucky.

Collett was at his power-laden best against the Golden Grizzlies, driving in three runs in an 11-6 win in the opener and topping that with four in a 13-2 seven-inning win in the nightcap. He scored four runs and drew a walk to cap off a week where he delivered 13 RBI and also logged his 100th career hit.

Nine different Cats collected a hit in the doubleheader and seven had a multi-hit game as they methodically pounded the Oakland pitching staff. Freshman John Rhodes – a leading contender for Southeastern Conference Freshman of the Week – remained hot, while sophomore Austin Schultz put the first game away with a 413-foot grand slam. Senior Zeke Lewis had five hits in seven at-bats, senior Jaren Shelby was on the base paths all afternoon and freshmen Chase Estep (three hits) and Drew Grace (three RBI) lengthened the Cats’ lineup.

ON DECK
The Cats return to Kentucky Proud Park on Tuesday, Mar. 10 at 4 p.m. ET against Western Kentucky. The game will be aired on SECN+. The radio call will be on the UK Sports Network.