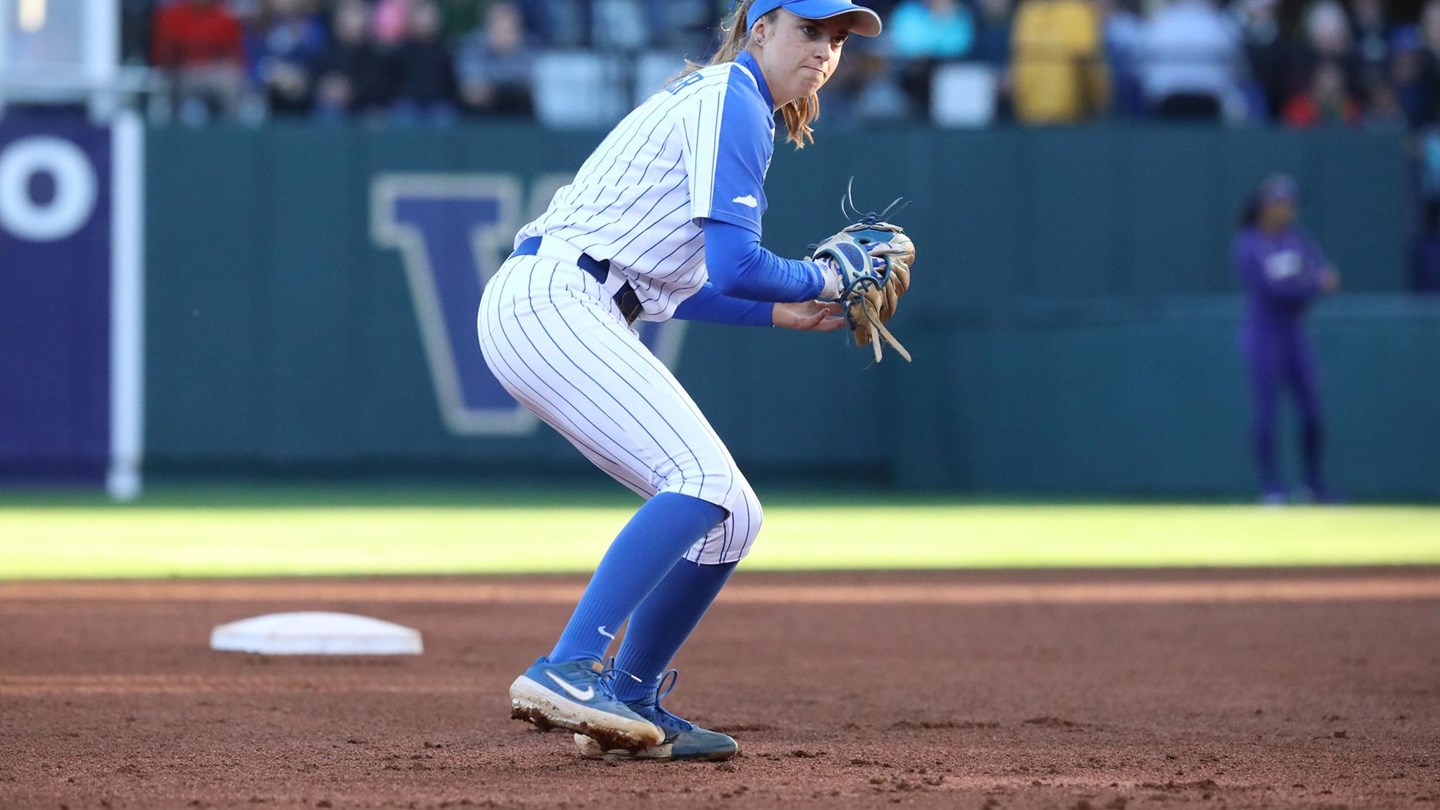 CLEARWATER, Fla. – The No. 15 Kentucky softball team walked away 2-0 on opening day for the first time in six years, as the Wildcats downed Liberty (6-2) and Texas State (2-1) in day one of the National Fastpitch Coaches’ Association Lead-Off Classic.

In game one, the Wildcats got two home runs from senior slugger Alex Martens, and two crucial doubles from sophomore Tatum Spangler, en route to a 6-0 lead entering the bottom of the seventh. Meghan Schorman earned the opening day start and went four innings without allowing a run and striking out three batters.

In game two, Rylea Smith walked off the game in the bottom of the seventh on an RBI single into center to score Bailey Vick from third with one out. Grace Baalman spun a gem from the circle, going the distance, only allowing two hits and one unearned run. The junior pitcher struck out struck out eight batters.

The tournament continues on Saturday with the Wildcats facing North Carolina State in the only competitive game of the day. The Wildcats will also exhibition Team USA at 5:30 p.m. ET as part of Team USA’s run up to the 2020 Tokyo Olympics.

Key Play
Alex Martens’ lead-off home run in the top of the fourth inning broke open the scoring and put the Wildcats ahead 1-0.

Key Player
Meghan Schorman was the key player in the game, going four innings with only allowing four batters to reach base. The sophomore pitcher did not allow a run and struck out three.

Run Recap
Alex Martens hit the first of her two home runs in the top of the fourth inning. UK 1, LU 0

Kayla Kowalik singled up the middle to plate Tatum Spangler, who led off the inning with a double. Tht put UK up 2-0 in the fifth. UK 2, LU 0

Kentucky scored four runs in the top of the seventh, as Alex Martens hit her second home run of the day to left field, Rylea Smith had an RBI double and Lauren Johnson poked home an RBI single. UK 6, LU 0

UK committed an error, leading to the two Flame runs in the bottom of the seventh. FINAL – Kentucky 6, Liberty 2

Game 2 – Kentucky 2, Texas State 1
Key Stat
8. Grace Baalman had eight strikeouts in a complete-game performance in the circle on Friday, one off of her career high set at Arkansas last year.

Key Play
Rylea Smith’s walk-off single into center was the key play in the game, as she ended the 2-0 day with Bailey Vick scoring from third.

Key Player
Rylea Smith was the key player in the game, going 3-for-4 at the plate with three singles in four at bats, the game-winning hit and a crucial two-out RBI to score Lauren Johnson in the bottom of the fifth to tie the game.

Run Recap
Texas State took a 1-0 lead on a Kentucky error in the top of the fourth inning. TXST 1, UK 0

Rylea Smith with two outs clubbed an RBI into right and that scored Lauren Johnson from second to tie the game in the bottom of the fifth. UK 1, TXST 1

Smith won the game in the bottom of the seventh on a single into center, which scored Bailey Vick from third – who began the inning with a lead-off single and a stolen base. FINAL – Kentucky 2, Texas State 1