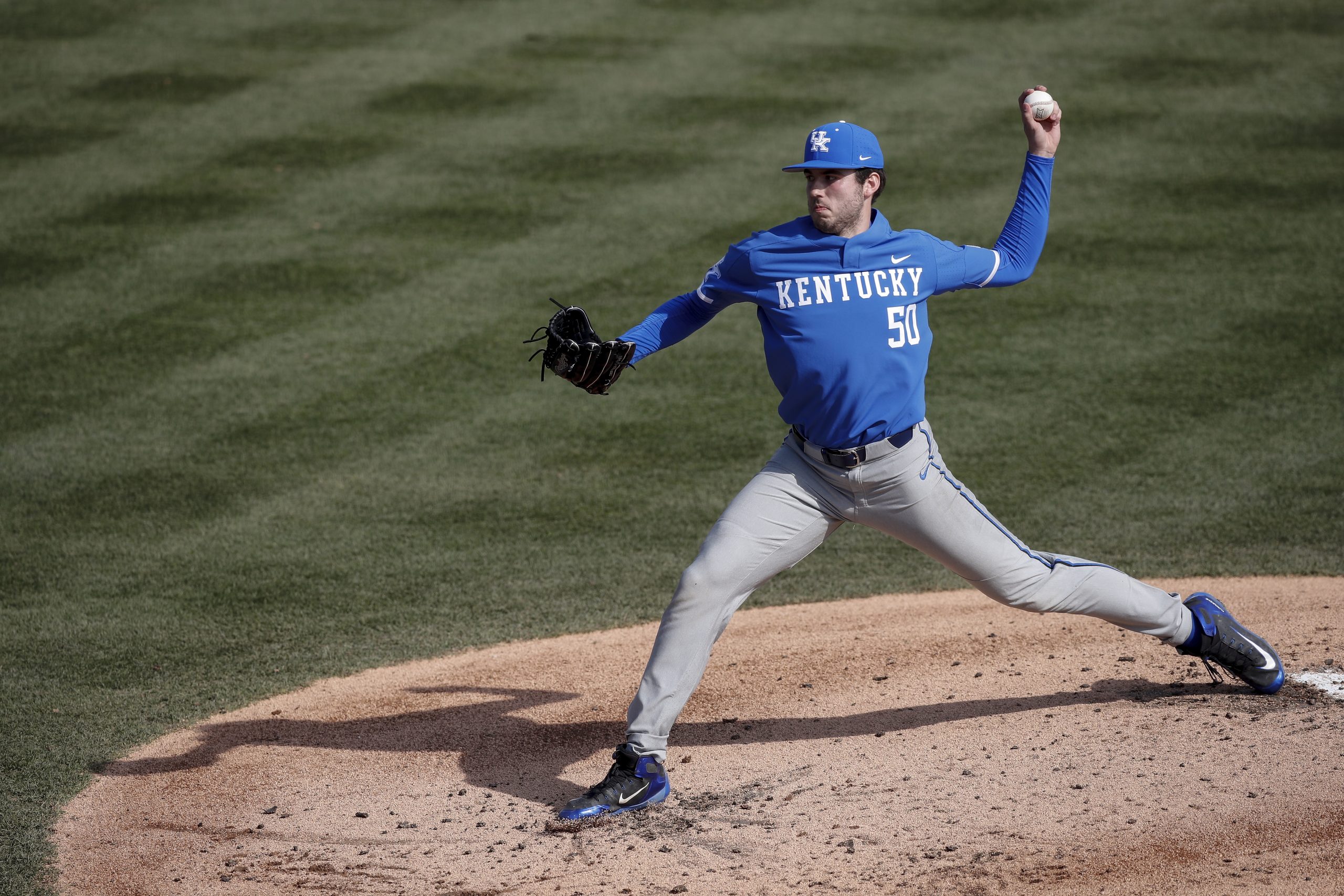 FORT WORTH, Texas – Kentucky starting pitcher Mason Hazelwood delivered a sterling 2020 debut on the mound but a seventh-inning rally pushed TCU to a 7-1 victory on a sunny Saturday afternoon at Lupton Stadium.

Hazelwood, a junior left-hander making just the fifth weekend start of his career, allowed just one hit and an unearned run in four-plus innings, showing command of both sides of the plate until tiring in the fifth inning. The only run he allowed was, in part, his own doing after an errant pickoff throw to first allowed a TCU runner to advance to third and score on a two-out throwing error.

The Cats (0-2) took an early lead in the second inning when sophomore infielder Austin Schultz reached on an error, stole second base and then raced around to score on sophomore outfielder Cam Hill’s clean single to left field. The duo has combined for both of the Cats’ runs in the first two games with Hill driving in Schultz both times.

The game remained tense in the middle innings, with senior first baseman T.J. Collett pulling a would-be two-run home run foul by inches. Freshman right-hander Cole Stupp made his collegiate debut by entering for Hazelwood with two-on and nobody out in the fifth inning, then retired three straight Horned Frog hitters, including freezing the No. 2 batter in the lineup with a fastball to end the threat. Stupp also worked around a lead-off error in the sixth to put up a second scoreless inning.

TCU broke the game open in the seventh when the bottom of the order set the table with a walk, double and a single that all turned into runs. Meanwhile, the Cats were unable to find the timely hit for the second consecutive day despite mounting several opportunities of their own.

ON DECK
The Cats return to the field on Sunday afternoon at 1:30 p.m. ET in the final game of the series. The game will be live streamed for free on GoFrogs.com. The radio call will be on the UK Sports Network.