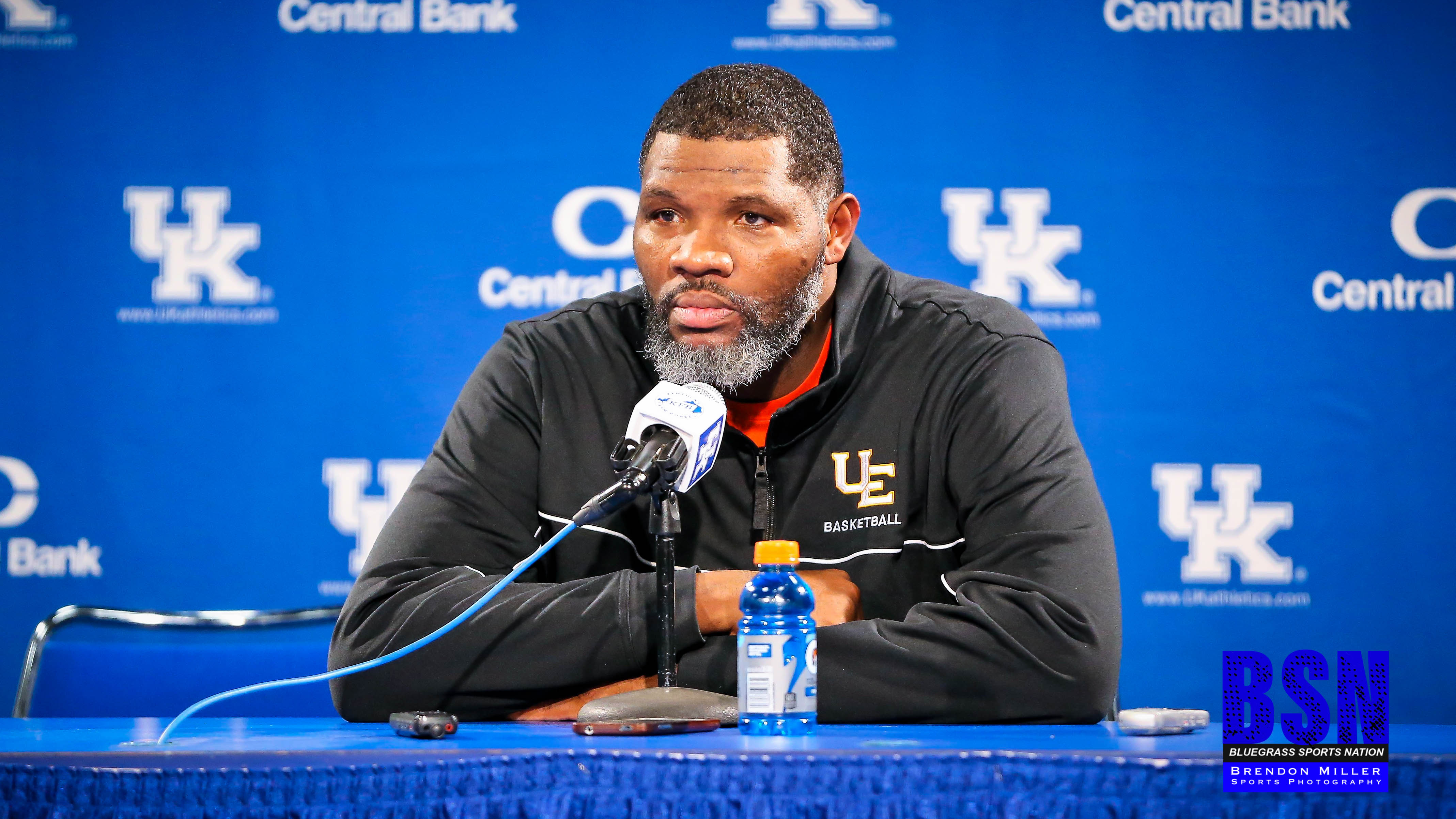 A week after Kentucky beat the No. 1 team, the Wildcats lost as the top-ranked team.

Kentucky’s stay atop the Top 25 will last less than a week after the Wildcats dropped a stunning 67-64 decision to Evansville Tuesday night, ending the school’s 52-game winning streak against non-conference, unranked opponents.

Much like their coach — Walter McCarty, who played on UK’s 1996 national championship team — performed during his prime with the Wildcats, the Purple Aces played with poise and confidence and it showed on college basketball’s grandest stage.

For McCarty, beating his former team as a coach eclipsed the magical moments he might have endured as a player while with the Wildcats.

“This is at the top, to come back home and play against the No. 1 team in the country and to be able to perform the way that we did,” he said. “I don’t know if anything matches this, other than winning the national championship, from a basketball standpoint. It’s awesome to come in here and play on this type of stage (and win). I’ve got great group of guys, I really do.”

“We took it very seriously,” Cunliffe said. “We knew he wanted to win and he did.”

A week removed from a 69-62 win over No. 3 Michigan State, the Wildcats struggled to emulate their performances in the first two contests, a close encounter against the Spartans and a runaway 91-49 victory over Eastern Kentucky.

A concern, even from the start of his 11th season, Kentucky coach John Calipari said the Wildcats lacked the necessary toughness to overcome the Purple Aces.

“I knew that would be a key (and) we reverted today,” Calipari said. “You saw a team that was way tougher than us. Their guards were more physical and tougher. We couldn’t post the ball. We were trying to post the ball.

“We couldn’t hold position in the post. We couldn’t come off screens, whether it was a ball screen, we didn’t set it, they did. All the toughness. Late getting to rotations, which we haven’t done in two games. Well, we did it about five times and they made us pay.”

“It’s everybody’s championship game when they play here and play us,” Sestina said. “I’ve been in that position. You have a big target on your back and we have a really huge target on our back every game and they came in with that kind of confidence and they were excited to play us. It was like their championship game.”

Kentucky freshman guard Tyrese Maxey said the loss can be more directed at the Wildcats as opposed to Evansville.

“It was more us,” Maxey said of the loss. “I feel like didn’t contain the bounce. They got to the rim, made layups and we really didn’t compete like we should have been competing out there and we’ve got to fix it.”

As Maxey knows, its a long season and the Wildcats have time to correct the issues that plagued them in the first loss of the season.