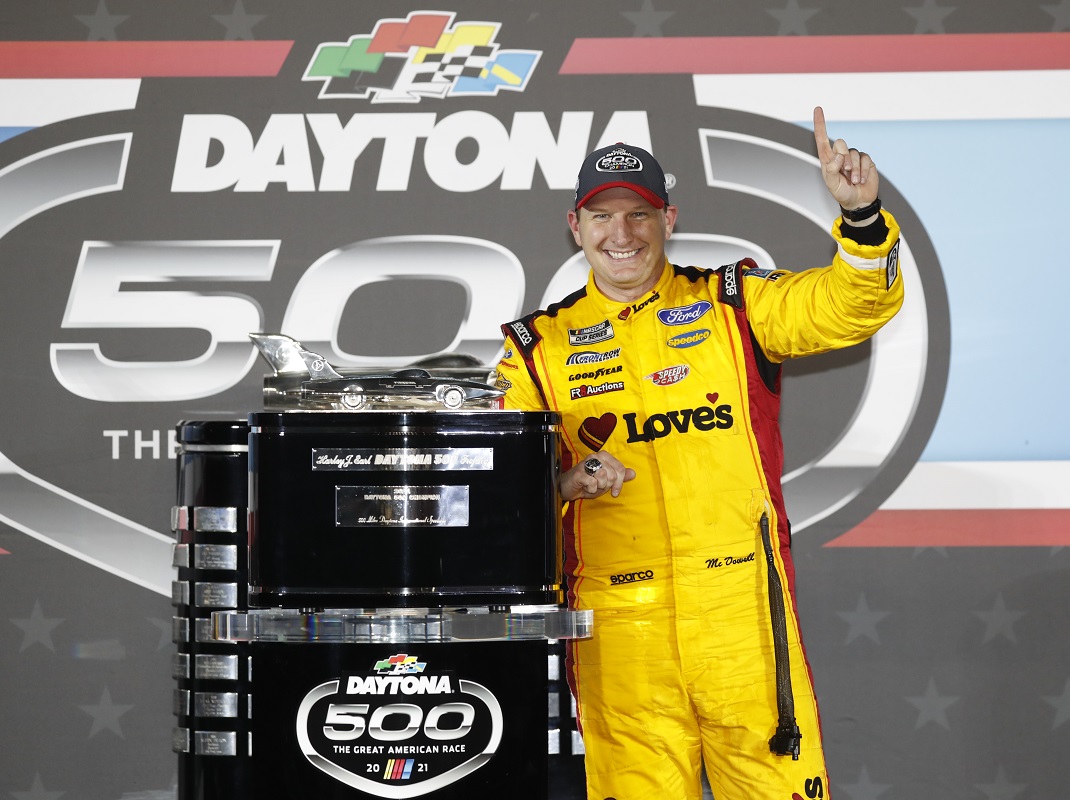 Stock Car’s fiercest gladiators strapped in their chariots of horsepower to challenge the 2.5 Superspeedway at Daytona International Speedway in quest for the Harley J. Earl Trophy.  Many ambitious drivers have attempted, only a few succeed.   Wednesday’s pole qualifying set the front row for the Daytona 500 with Alex Bowman earning the nod whom occupies the famed and familiar No. 48 Chevrolet.

Stage 1 Recap: – 2021 Daytona 500
The results of Thursday’s Duels races won by Aric Almirola and Austin Dillon set the remainder of the field for the 63rd running of the Great American Race.

Aggression played a prominent factor as seen on Lap 13 as Christopher Bell tagged Aric Almirola igniting an early “Big One”. The 16-car pileup that knocked out a number of front line contenders including: Martin Truex Jr., Tyler Reddick, Ryan Newman, Jamie McMurray, William Byron, and Matt Dibenedetto were among those drivers involved in the wreck.

Add also Anthony Alfredo, Matt DiBenedetto, Chris Buescher and Quin Houff to the list whom additional were ruled out as the race, eliminating any chance to host the checkers.

Back to Back Daytona 500 winner – Denny Hamlin avoiding carnage found himself back upfront holding off a smaller field for the valuable Stage 1 Win.

Denny Hamlin dominance soon to extinguished as Joey Logano led a furry of drafters past Hamlin with 25 Laps remaining.  Joey Logano set his sights for the checkers only to be interrupted by Brad Keselowski’s bumper horn.  Unfortunately, the Penske teammates would tangle on the final lap, opening the door forMichael McDowell.  McDowell was the beneficiary of the mayhem and earning the prestigious Harley J. Earl Trophy and checking off his first NASCAR Cup Series victory of his career.