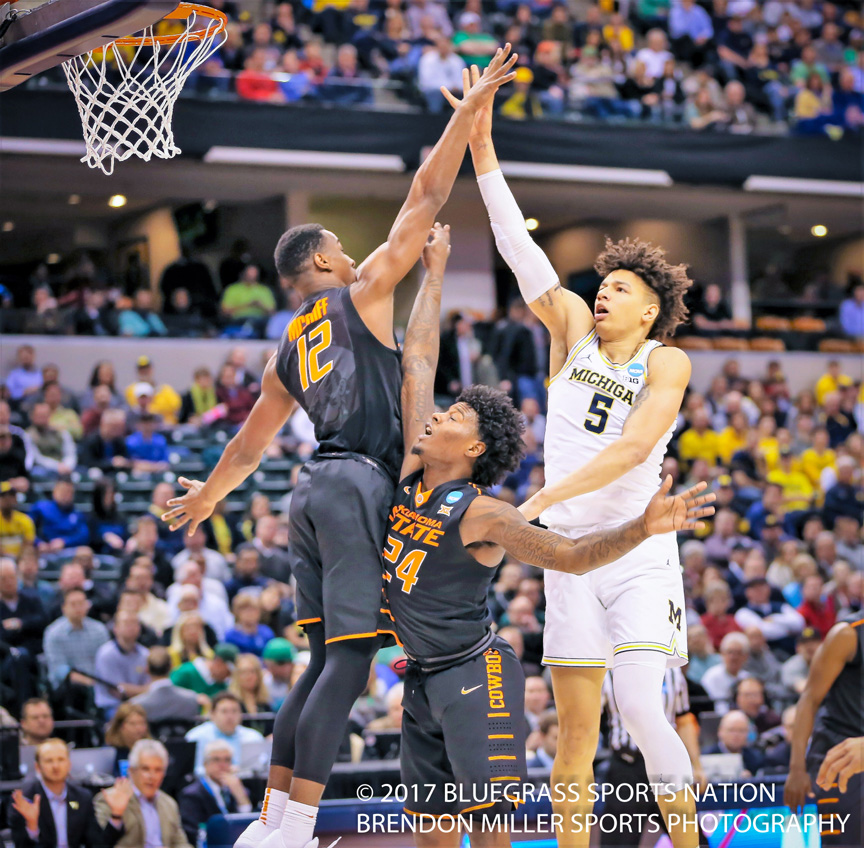 On March 9, 2017 Michigan was boarding a plane that  was destined for the BIG 10 Tourney in Washington, DC.  The plane ran off the run way and crashed.  Michigan had to  catch a relive flight and in the process, their uniforms were left behind.  In the opening Round of the Big 10 Michigan was perceived to be out of the NCAA Tournament without winning out and winning the BIG 10 Championship. Michigan went on to win the first game, wearing practice jerseys and ultimately won the BIG 10 Tournament.  Michigan entered the NCAA Tournament as a  10 seed playing the seven seed Oklahoma State Cowboys.

Stats for the game