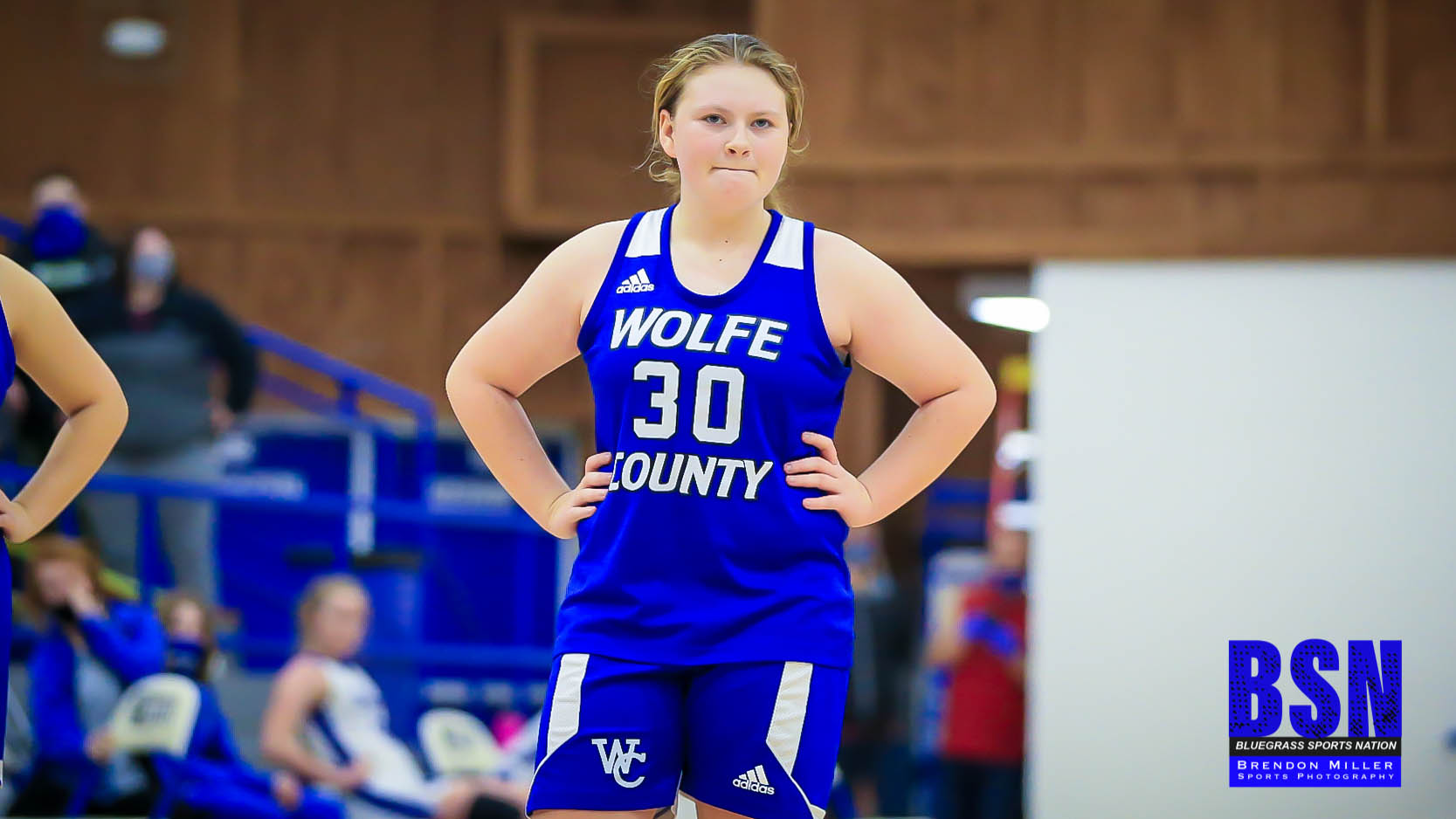 Wolfe County Eighth-Grader Kenzie Miller was the hero last night in Campton has she hit a buzzer-beating 3-pointer for the game winner in a tight affair with the Estill County Lady Engineers. Defense dominated the night with both teams having trouble consistently putting the ball in the basket.

1st QUARTER
The low-scoring 1st quarter ended with Wolfe leading 6-5. Sarah Smith had three and Ally Bailey had her only basket of the game. Estill had one field goal from Haley Angel.

2nd QUARTER
Haylee Vance heated up in the 2nd for the Lady Wolves knocking down two 3-pointers for six with Miller hitting her first 3-pointer of the night. Estill had eight in the period, all by Sarah Baker and Angel with four each. At the half, Wolfe led 19-13.

3rd QUARTER
Estill got on track offensively in the period behind Angel who had eight of her game-high 16, and Eighth Grader Jayci Long who had seven of her 10 for the game. Vance hit her third 3-pointer and had five while Brianna Colwell added three. The Lady Engineers out-scored the Lady Wolves 17-10 in the period to take a 30-29 lead to the 4th.

4th QUARTER
The 4th was back and forth the entire period as the game reverted to a defensive battle. Mia Hale had four of the Estill six, while Wolfe’s only field goals were two 3-pointers by Miller (including the game winner) and Vance, totalling her team-high 15.

Wolfe had the ball under their own basket with 4.3 second to go with the score tied at 36. Brianna Colwell took the in bounds and drove up the rith sideline the length of the court and kicked across court to Miller on the right wing. Miller let it go just before the buzzer sounded and the Lady Wolves took the win.