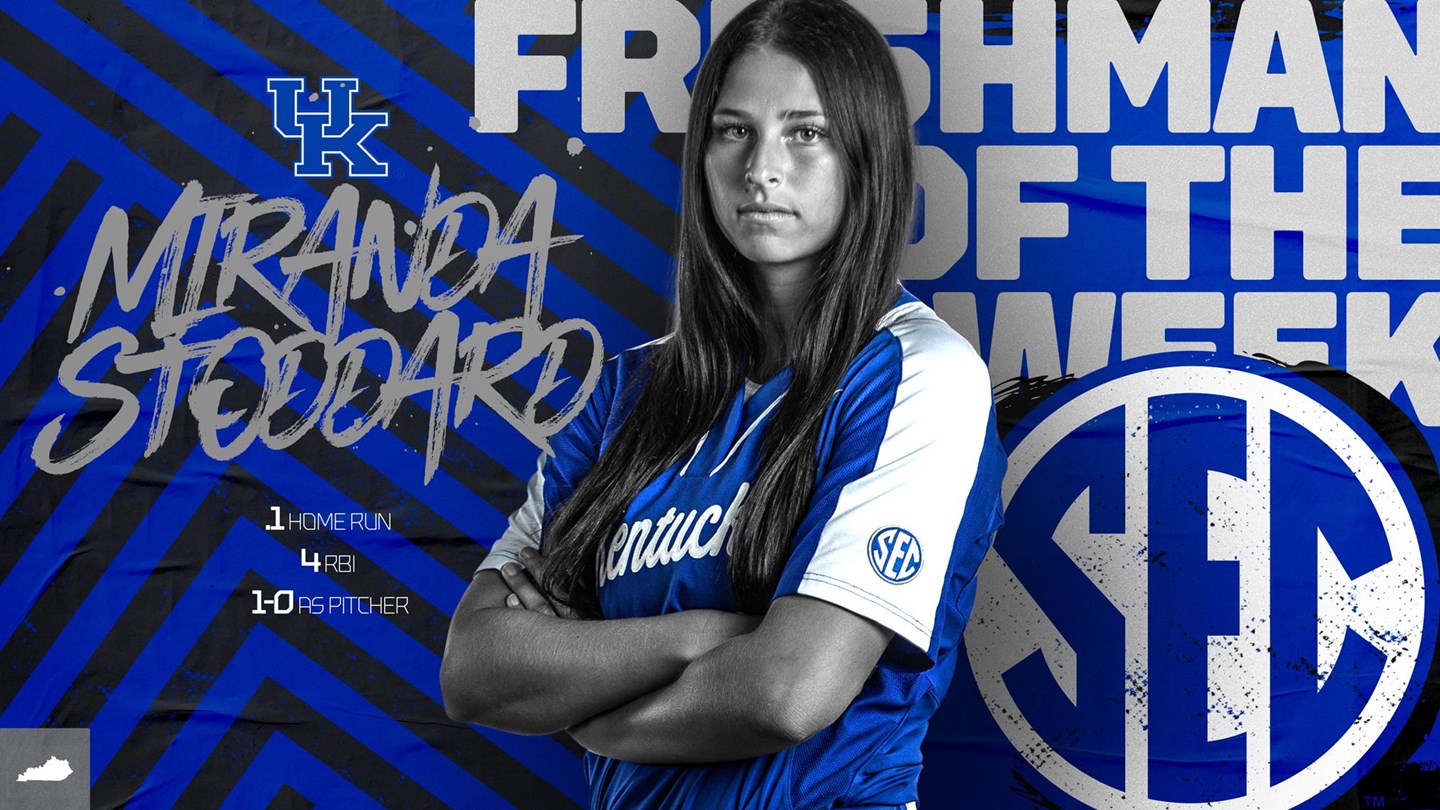 Freshman hit game-winning home run in the bottom of the sixth inning.

Freshman utility player Miranda Stoddard was named the Southeastern Conference’s Freshman of the Week after her heroic performance on Wednesday night in Kentucky’s 16-15 win over Marshall.

Stoddard hit the game-winning three-run home run in the bottom of the sixth inning to push the Wildcats into the lead for the first time all game, completing an 11-run comeback from 15-4 down to beat Marshall, 16-15.

The freshman from Anaheim, California also got the win the circle, as she pitched the final two innings of the contest without allowing a run, and striking out a pair of batters in the fifth and sixth innings.

The weekly award for Stoddard is the first of her career.