Montgomery Pulls Away from Powell in Recreation Bowl 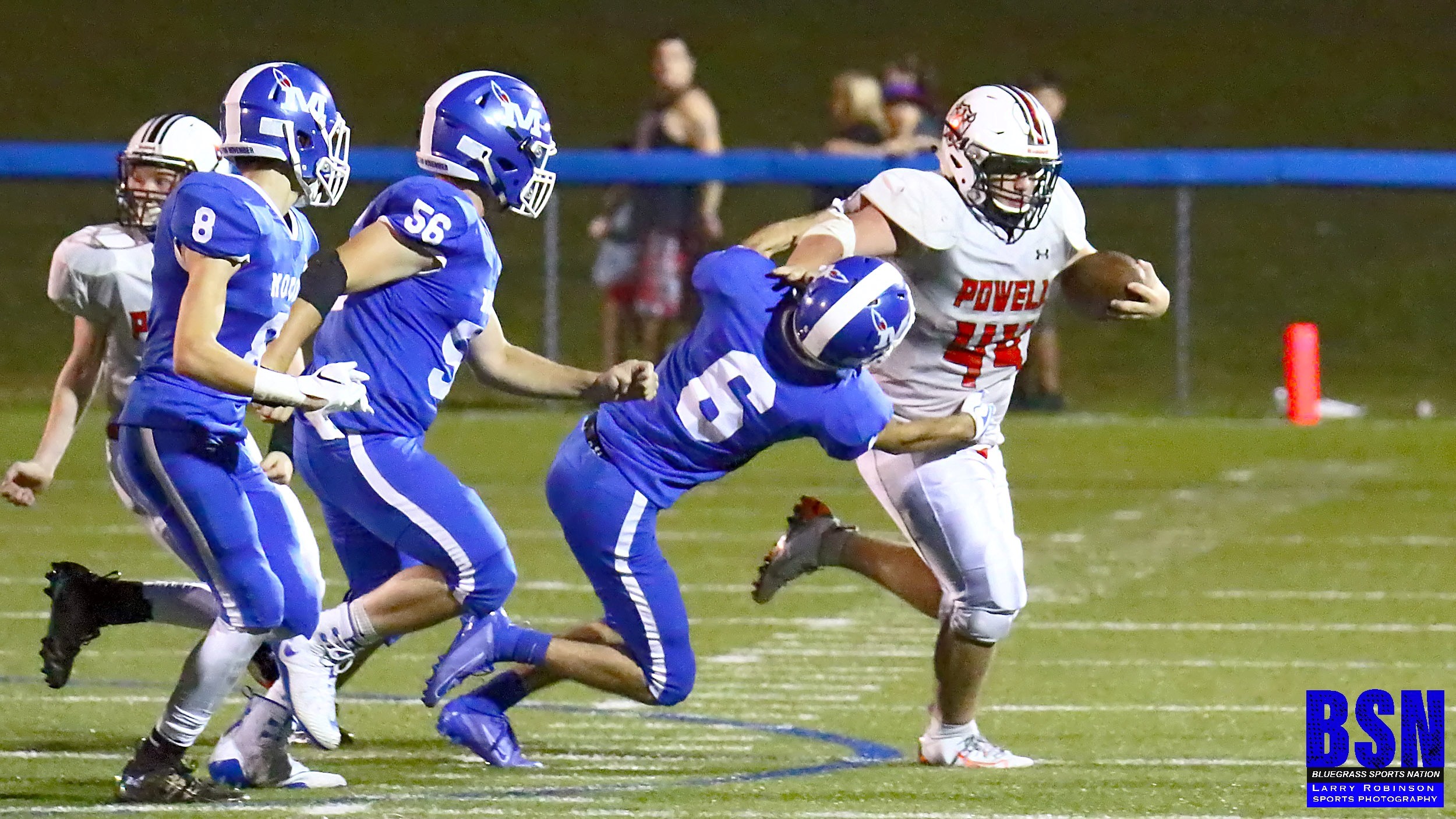 Powell County gained momentum on the opening drive of the game with a crucial defensive stand on their own one-yard line. With Powell County backed up in their own territory, Montgomery County forced a safety.

Early in the 3rd quarter, Justice Harmon scored Powell County’s first touchdown of the season. Harmon got free up the middle for a nearly 50-yard touchdown run. Montgomery County answered taking a 27-7 lead with a touchdown run by Josh Wheaton.

The Pirates cut the lead down to 13 with a touchdown pass from Holden Townsend to Hunter Brown to make the score 27-14. However, Montgomery County responded with a 3-yard touchdown run midway through the 4th quarter to put the game away.

It was a hard-fought game with several injury timeouts for both teams, which is to be expected in the season opener. Powell County performed well, showing great potential while staying composed from start to finish.

When asked what he told his team after the game, Coach Kincaid said, “I’m proud of you. We did not give up. We kept fighting.” Coach Kincaid went on to say it would have been easy for his team to give up in the 2nd half and he was glad to see them fight through the adversity and play hard from start to finish.

One thing is for sure, Powell County should hold their head high this morning. The Pirates, with several new players at key positions, went to a bordering county to take on 5A program and they more than held their own. Last night was very impressive.

Powell County’s next game is at home against Estill County on August 30th.