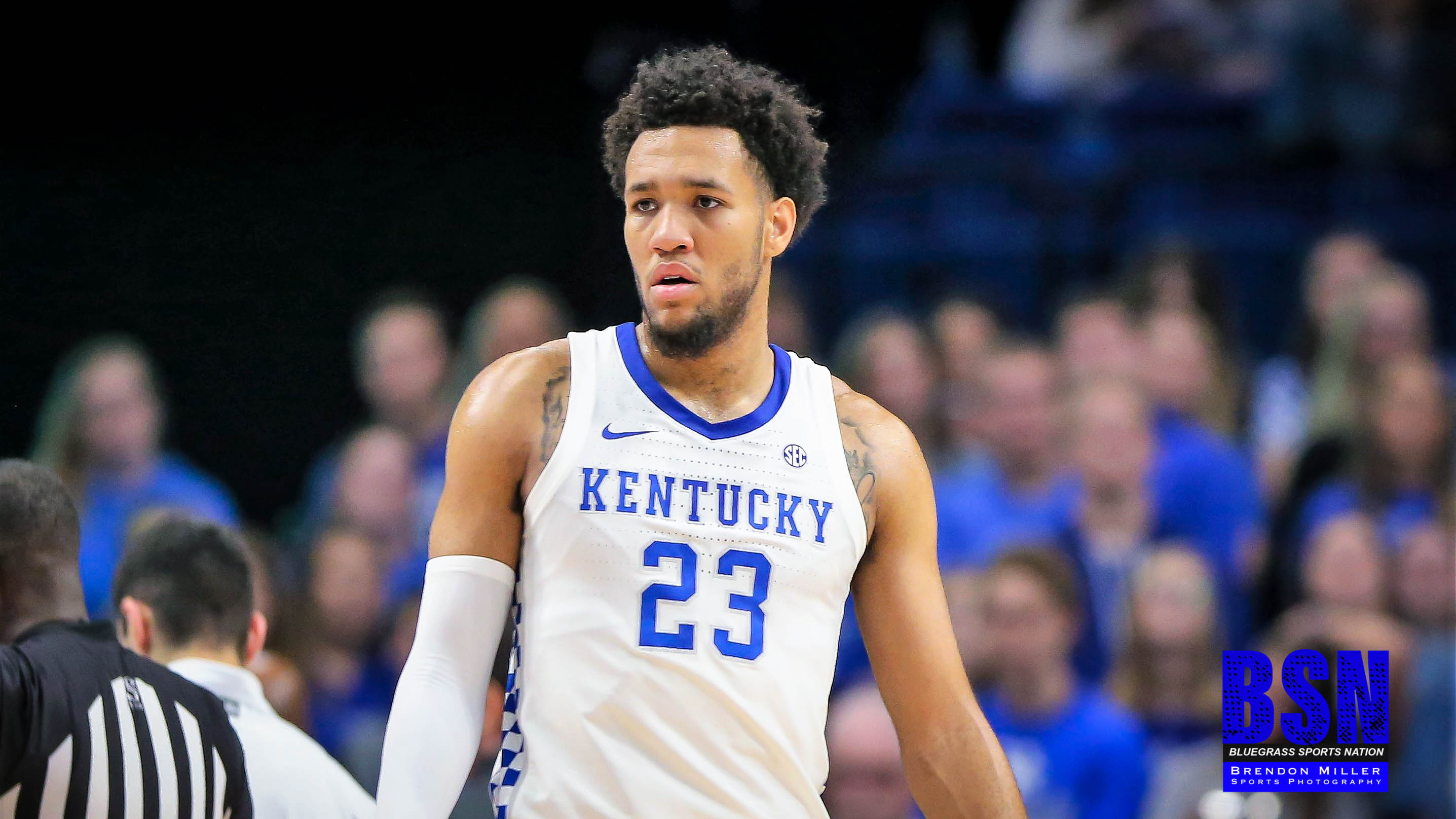 Kentucky men’s basketball sophomore forward EJ Montgomery announced Wednesday that he has submitted his name for the 2020 NBA Draft and is forgoing his remaining two years of eligibility.

A year after testing the waters within the NBA Draft process, Montgomery returned for his sophomore season and improved in every area of his game.

“The circumstances were unfortunate, but I am thankful that I was able to play for a great coach and coaching staff and compete every day in practice and in games to challenge myself to become a better all-around player.

“With that being said, I have decided to take the next step in my career and chase after my ultimate dream and declare for the NBA Draft. I would like to thank Coach Cal and the entire coaching staff for giving me this opportunity and challenging me to become a better player and a better young man. Also, my brothers for the grind and always having my back. I would like to thank my family and friends for all their support through this experience. And lastly, I would like to thank you, BBN!”

“At 6-10 with perimeter skills, athleticism and an ability to block shots, someone is going to get a big-time prospect with EJ,” UK head coach John Calipari said. “His skill set is where the game is going. EJ has always had those tools, but what I’m so proud of is how he progressed, not only through his two seasons here but especially the last month of the season.